Home / Latest / On The Interwebs / Steam Joins the Broadcasting Wagon 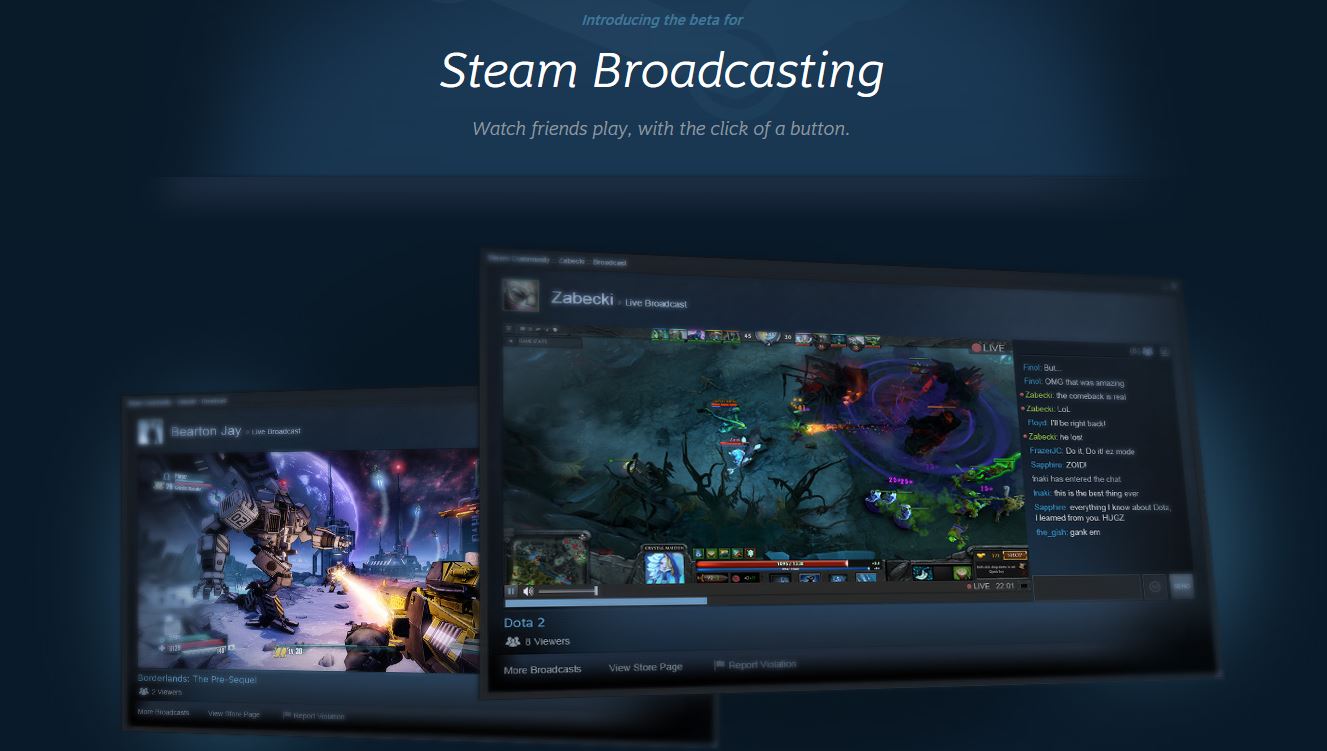 The newest feature to hit the Steam beta client goes by the name of “Steam Broadcasting”, letting players engage in livestreaming shenanigans without having to leave Steam’s interface.

Valve’s approach to broadcasting is the easiest by far: when someone decides to watch what you’re playing the stream starts up automatically. Depending on your privacy settings, viewership can be restricted to just your friends or open to absolutely anyone browsing the Game Hub.

Interestingly enough, you can go one step further by broadcasting your desktop too (has to be toggled on under settings). Valve has pre-emptively listed out the types of content restricted but it’ll ultimately be up to the users to report offenders — we’re already seeing people streaming videos via VLC player.

Currently the service is only available for those with a beta client – you’ll have to opt-in under your account settings – running on either Windows 7 or Windows 8. Support for other operating systems will come in the future.

Some immediate concerns are network stability and how badly this will affect your system’s performance. The FAQ says that “broadcast capabilities are limited on a first-come, first-served basis” during the beta period so don’t expect smooth sailing either.

At this stage it’s not going to pose any threat to Twitch as the main platform for full-time streamers, though it is a great, fuss-free option for occasional use.

Hopefully virtual LAN implementation is next on the list; we’ve got too many local co-op games sitting around in our libraries.

Ade thinks there's nothing quite like a good game and a snug headcrab. He grew up with HIDEO KOJIMA's Metal Gear Solid, lives for RPGs, and is waiting for light guns to make their comeback.
Previous post Hearthstone: Goblins vs Gnomes Releases 8 December
Next post This Week on PSN Asia (02/12): Guilty Gear Xrd -SIGN- and PS Plus Offers