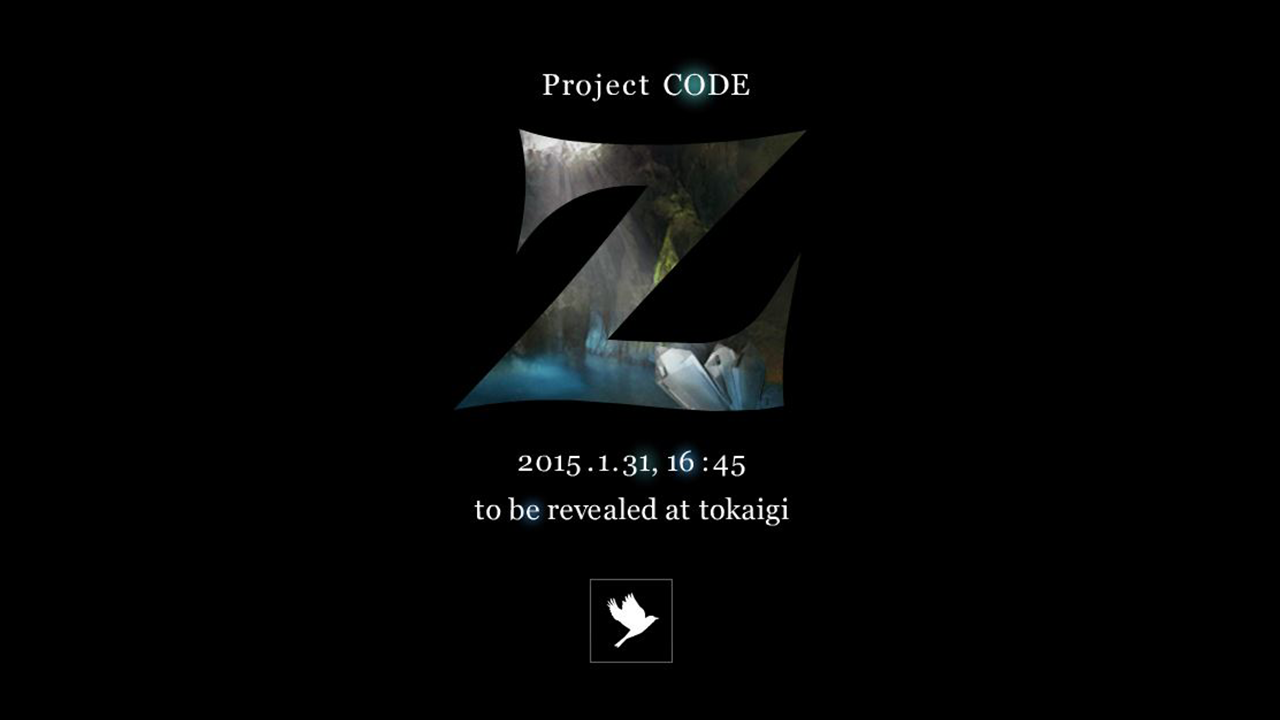 To remind everyone that Square Enix has more than just Final Fantasy and Kingdom Hearts on their Japanese front, the publisher will be showcasing two new games at Tokaigi Game Party 2015 this weekend.

First up is a PlayStation 4 game mysteriously called Project Code Z. We’ve got nothing save for a teaser site, news that it’ll be revealed during the stage event (more on that below), and a cryptic Tweet.

Square Enix stated last year that they’d focus on mobile for the Japanese market so this comes as an unexpected surprise, more so if turns out to be a new IP. The other is School of Ragnarok, an “online 1-vs-1 tactical 5D action” arcade game according to Gematsu. How it works is that the perspective changes depending on distance, shifting from three-dimensional when looking at things from afar to two-dimensional when fighting up close.

Players choose Academy Spirits to form teams, which also determine what weapon loadouts are available. As these spirits will be active be on the battlefield, players have to consider who to target and when, thus injecting some tactical elements into the game.

School of Ragnarok will be in Japanese arcades later this year, so add it to the itinerary if you plan on visiting for the holidays.

Joining the two at the event are the following titles:

Ade thinks there's nothing quite like a good game and a snug headcrab. He grew up with HIDEO KOJIMA's Metal Gear Solid, lives for RPGs, and is waiting for light guns to make their comeback.
Previous post I am Bread Flips Onto iOS Late-2015
Next post Razer Arena Wants to Make Organizing Tournaments Easy