Speedrun Community Raises over US$1 Million for Charity 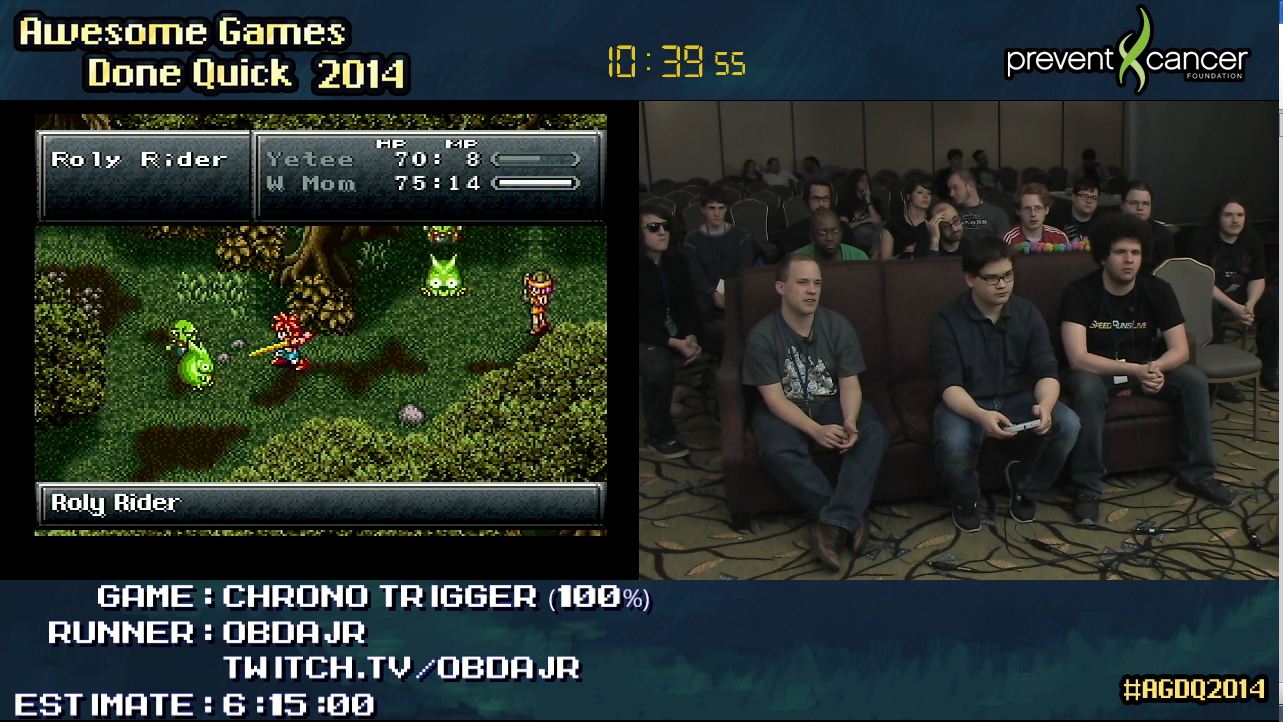 Seven days to complete as many games as quickly as possible. That was the aim a community of “speedunners” undertook in Speed Demos Archive’s Awesome Games Done Quick 2014, concluding yesterday morning with Chrono Trigger. In the process they’ve received over 27,000 donations totaling US$1,012,528 (above SG$1.2 million and counting), the highest amount ever, for the Prevent Cancer Foundation. Just another reminder that games can do good.

Speed Demos Archive has been operating since the Quake days of 1998. Nonetheless, they run a strict business with a set of rules to ensure fair competition, going so far as to allow only official hardware to prevent emulation advantages. When the event has games like Super Mario Bros. and Donkey Kong 64 on the schedule, getting an original console becomes top priority.

Not forgetting the skill on display, of course. Old games are notorious for their difficulty but the analytical depth that went into some of these runs are astounding – they’re probably the sort of people who write guides for GameFAQs. For example, Ninja Gaiden took a mere 12 minutes to complete! Let that sink in for a moment.

With different types of speedruns (completing the game, achieving 100% etc.) and genres covered, one could consider this an alternative method of catching up with the classics. They’re not all old games either – The Elder Scrolls V: Skyrim was completed under an hour, though the campaign isn’t the game’s strength – so there’s quite the selection.

All the Twitch VODs for Awesome Games Done Quick 2014 have been carefully listed out on Reddit, so do hop by If you’re in the mood for nostalgia and awe. Donations are still accepted while the Bonus Stream continues running. Should everything go according to plan, their next annual charity marathon will be Summer Games Done Quick.

Ade thinks there's nothing quite like a good game and a snug headcrab. He grew up with HIDEO KOJIMA's Metal Gear Solid, lives for RPGs, and is waiting for light guns to make their comeback.
Previous post Get $126 worth of Skylanders in LG’s Smart TV Bundle
Next post Singapore Startup Turns to Indiegogo for “World’s First Passive Submersion PC”