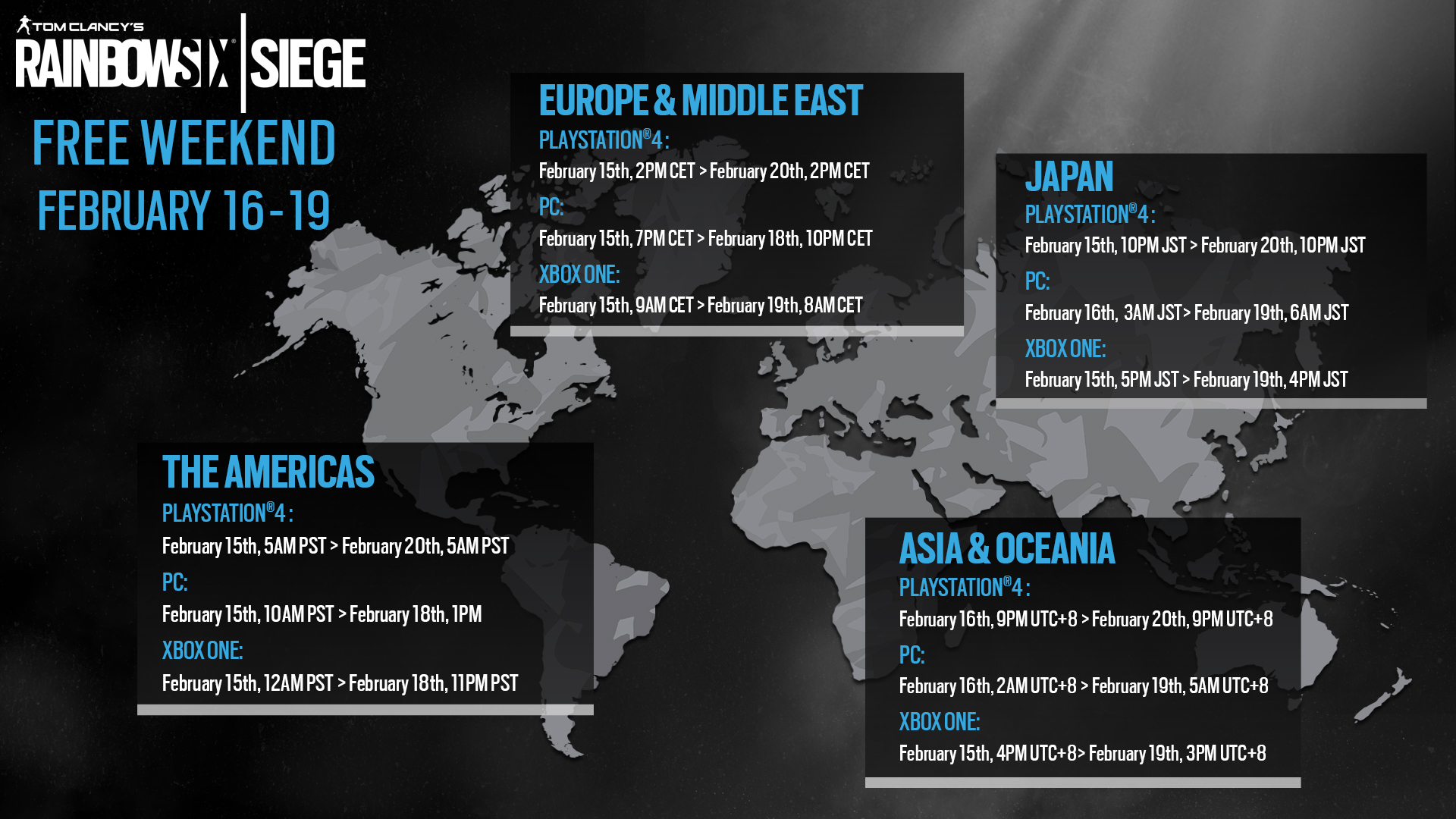 The Rainbow Six Siege community is buzzing with activity, from the upcoming Six Invitational 2018 tournament to the looming start of Year 3. For those still on the sidelines, Ubisoft are also running a free play period this Lunar New Year weekend across all platforms.

Sixteen of the best Rainbow Six Pro League teams are competing for a US$500,000 prize pool in Montreal, Canada. The group stages run throughout the week, with the main event’s opening ceremony kicking off on Friday, 16 Feb, at 10:30PM (SGT).

Full details on the teams and schedule may be found at the official Six Invitational site. Some highlights are direct invitees Team Liquid and FaZe Clan for Latin America, and 2017’s Xbox One champions Counter Logic Gaming for North America. The sole Asia Pacific representative is Mindfreak, an Australian team who battled their way through the qualifiers.

Interspersed with the tournament are panels and showcases on the game itself, including talks on balancing and Year 3 content, with “full reveals” for Operation Chimera and Outbreak lined up.

If you want to experience the excitement for yourself, a free play weekend will be running from 16 to 20 February across all platforms — the specific times and dates for each are listed below (SGT).

Pre-loads are available for the PC and PS4 versions only; the Xbox One version will only be out at the start of the event.

Players will have access to the full game, and all progress and Operators will carry over. However, this does not work for the PC Starter Edition, so be sure to get the full version instead. Rainbow Six Siege will have a 30-percent discount for a limited time.

Additionally, PC players may want to get an early taste of Year 3 content through the technical test servers. Operation Chimera opens its doors starting on 19 Feb., followed by Outbreak starting on 20 Feb. Both will go live on all platforms come 6 March.

“An infestation of unknown origin is attacking the small town of Truth or Consequences, New Mexico. The danger is so high that the authorities quarantined the entire town, trapping civilians and soldiers inside. Very little information is filtering out, but the only certainty is that the situation is dire.”

As mentioned, more information about the two will be revealed during the Six Invitational 2018.

Ade thinks there's nothing quite like a good game and a snug headcrab. He grew up with HIDEO KOJIMA's Metal Gear Solid, lives for RPGs, and is waiting for light guns to make their comeback.
Previous post Vainglory’s 5v5 mode now open to all
Next post Black Panther joins the LEGO Marvel Super Heroes 2 cast