PlayStation Plus for February Includes Transistor and Yakuza 4 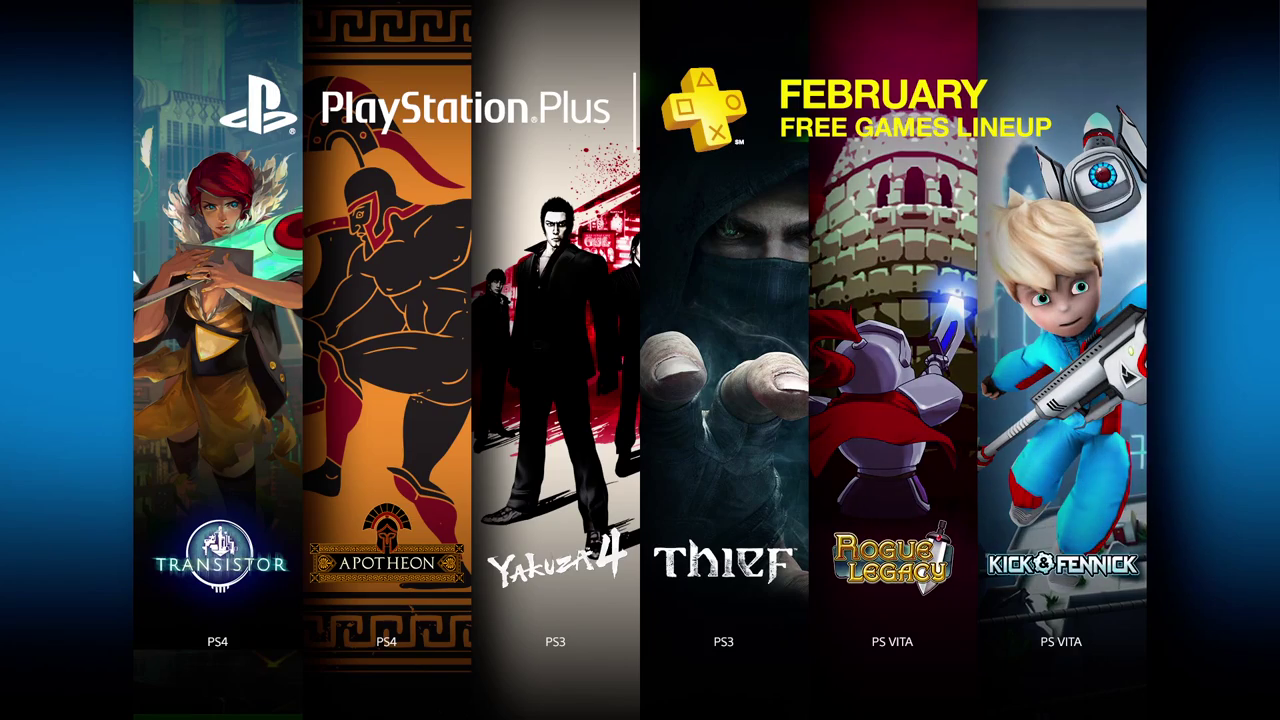 PlayStation Plus subscribers are in for a great lineup starting 3 February! As always, each platform will receive two free games that, once redeemed, will pretty much stay in our libraries forever.

Transistor is easily one of the best indie titles to have released in 2014. Made by Supergiant Games, this sci-fi action RPG stars all the qualities of their hit debut, Bastion. In short: The game’s story, visual style, soundtrack, and gameplay are all top-notch, coming together for a memorable gaming experience. Look around and you’ll see Transistor happily sitting in Top 10 lists. Whatever you do, don’t miss this one!

Yakuza 4 is a strange one. The game and its series as a whole are good yet you don’t often hear people talking about it, despite being a PlayStation exclusive. Developed by Sega, Yakuza 4 plunges players into the Japanese underworld, set in a fictional recreation of Shinjuku’s red-light district. In a sense it’s the Eastern counterpart to Grand Theft Auto with its handful of side activities, yet on a much smaller scale. For a fun (mature) read, here’s what real yakuza members think about its predecessor.

Rogue Legacy on the other hand makes a perfect fit for handhelds. This Rogue-lite is based in a procedurally generated castle. When your character finally kicks the bucket the lineage grows stronger, giving the next unfortunate knight a slightly better chance at surviving the many challenges inside. The game is a little old by this point but is nonetheless quite a treat to play.

Ade thinks there's nothing quite like a good game and a snug headcrab. He grew up with HIDEO KOJIMA's Metal Gear Solid, lives for RPGs, and is waiting for light guns to make their comeback.
Previous post Razer Arena Wants to Make Organizing Tournaments Easy
Next post Battlefield Hardline Open Beta Runs 3–8 February