Pakistani politician tweets out a GTA 5 clip, mistaking it for a real life video 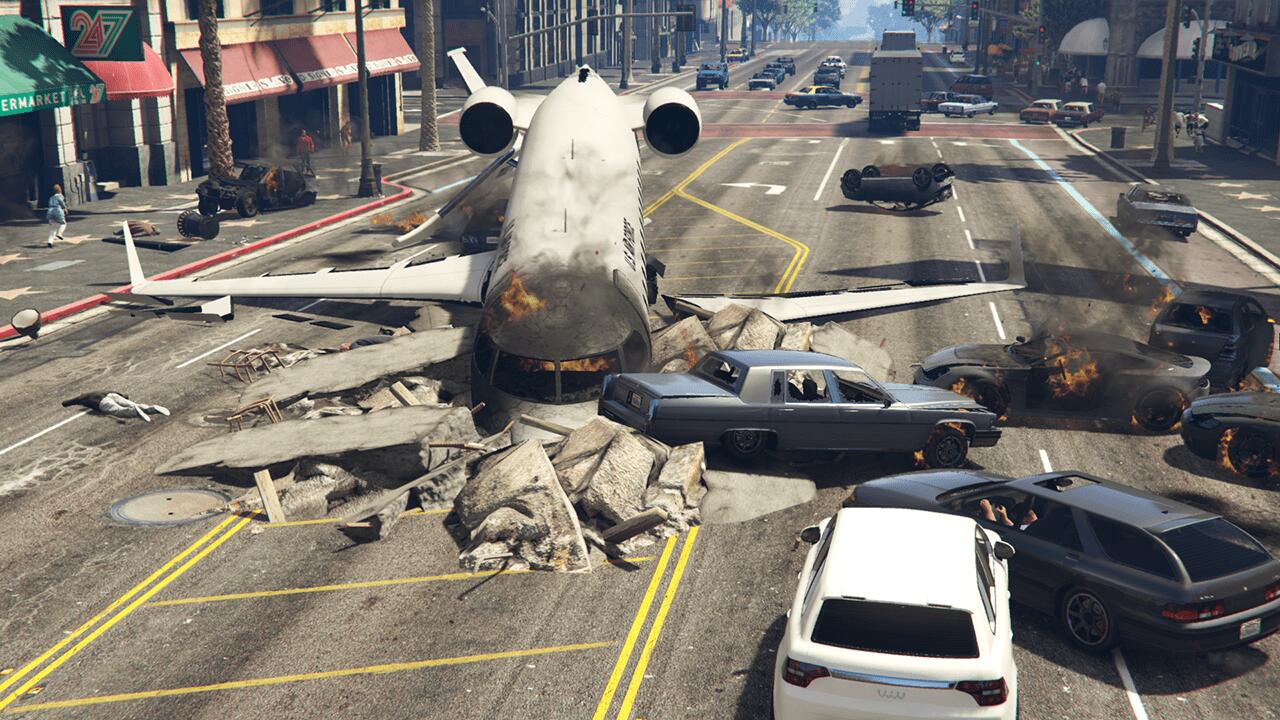 Khurram Nawaz Gandapur is having a terrible, horrible, no good, very bad day. All he did was tweet out a video of a plane narrowly missing an oil truck, after all. How was he to know the clip was from a six-year-old video game?

Yes, the Secretary General of Pakistan’s Awami Tehreek Party hilariously praised a videogame pilot for barely missing an oil tanker while taking off, citing their ‘presence of mind’.

By the way, what does that even mean? Are we praising people for having brains these days? If that’s the case, this dude clearly deserves no praise whatsoever. Below is the tweet in full: 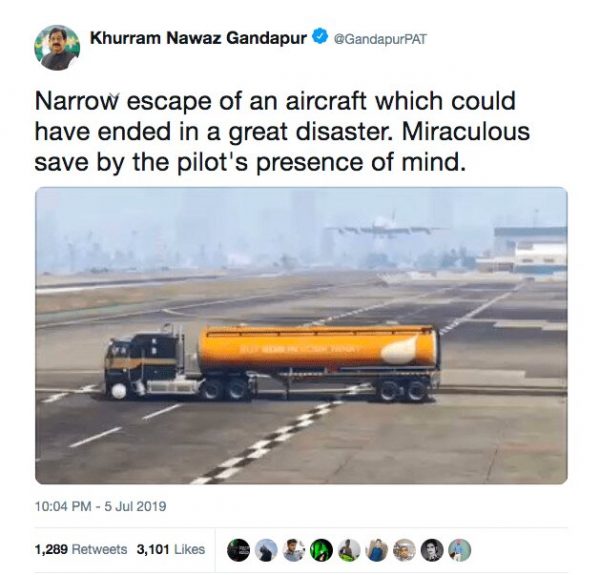 If he had just watched the whole video he shared, he would’ve seen a blooper that included the oil tanker getting wrecked in this little stunt. The extra 20 seconds might have been a little too much for his attention span, though.

Pakistan actually has a history of unfortunate (read: hilarious) incidents like this. Once, a news anchor had an entire conversation on air about Apple before realising they weren’t talking about the fruit. Another time, Pakistan politicians went on Facebook Live during a press briefing, but forgot to disable the cat filter. The result speaks for itself.

All these people could use more presence of mind, if you ask me.