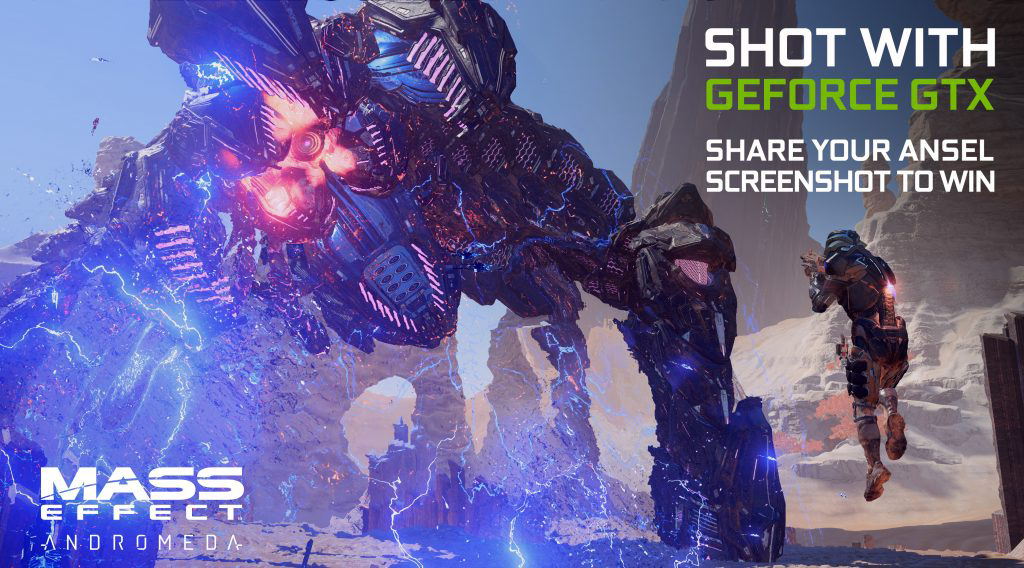 Screenshot (or “bullshot”) enthusiasts know it takes more than just hitting F12 to capture a good image. While composition still matters, there are plenty of things that can be done on the technical side for greater quality and control. The recently launched NVIDIA Ansel bridges all that console panel and settings wizardry so you too can reap Reddit karma, and what better way to showcase the tool’s strengths than with a screenshot competition?

It’s a mouthful: Shot With GeForce GTX Mass Effect: Andromeda Ansel Contest. From now until 14 May 2017, all you need to do is to use NVIDIA Ansel to capture and share your Andromeda screenshots to either Facebook or Twitter. You’ll have to slap a few hashtags on them, of course. The grand winner will receive a sweet custom-made PC, while two runners-up will each receive a GeForce GTX 1080 Ti graphics card.

To be specific, it’s The Andromeda Initiative Custom PC.

We’re supposedly able to see all the entries on this page. As of writing, we’re either early to the party or things just aren’t loading.

The sticky issue here is that highly-detailed screenshots naturally come from higher-end systems, and visual fidelity is often mistaken for artistic quality in video games. Here’s hoping the judging panel gives a breakdown on how and why they chose their winners.

Don’t have Mass Effect: Andromeda? Here’s what we thought about it.

Ade thinks there's nothing quite like a good game and a snug headcrab. He grew up with HIDEO KOJIMA's Metal Gear Solid, lives for RPGs, and is waiting for light guns to make their comeback.
Previous post PlayStation 4 HITS Bundle launches on 3 May for $449, includes Horizon Zero Dawn
Next post The Olympic Council of Asia is embracing esports: FIFA 2017, MOBAs, and RTAs