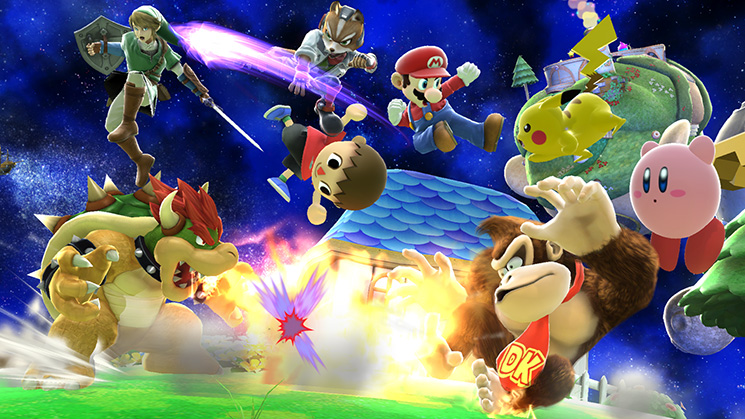 Ever wondered how your favorite videogame character would fair in a good old fashioned brawl? Well here’s a chance to find out first-hand as Nintendo are taking suggestions for the next Super Smash Bros. character.

Too many names pop into mind? Relax, you’ve got plenty of time. The ballot’s open all the way until 3 October 2015, so that’s six months’ worth of contemplation ahead of you.

While Nintendo are asking votes to be limited to one per person they aren’t exactly enforcing it, seeing how there’s no requirement for a unique email address. Instead they’d like you to explain why they should include your chosen character. Of course we won’t know whether someone will actually bother to read the things or if they’ll just rely on statistics. That said, thinking of a heartfelt reason and persistently making submissions both sound equally passionate to me, so it’ll be a tough call.

Super Smash Bros. can be purchased right now on the 3DS and Wii U.

Ade thinks there's nothing quite like a good game and a snug headcrab. He grew up with HIDEO KOJIMA's Metal Gear Solid, lives for RPGs, and is waiting for light guns to make their comeback.
Previous post Origin’s Spring Sale Arrives With 50% Discounts
Next post Dungeon Sim ‘War for the Overworld’ Is Out