Nintendo Labo adds some DIY fun to the Switch 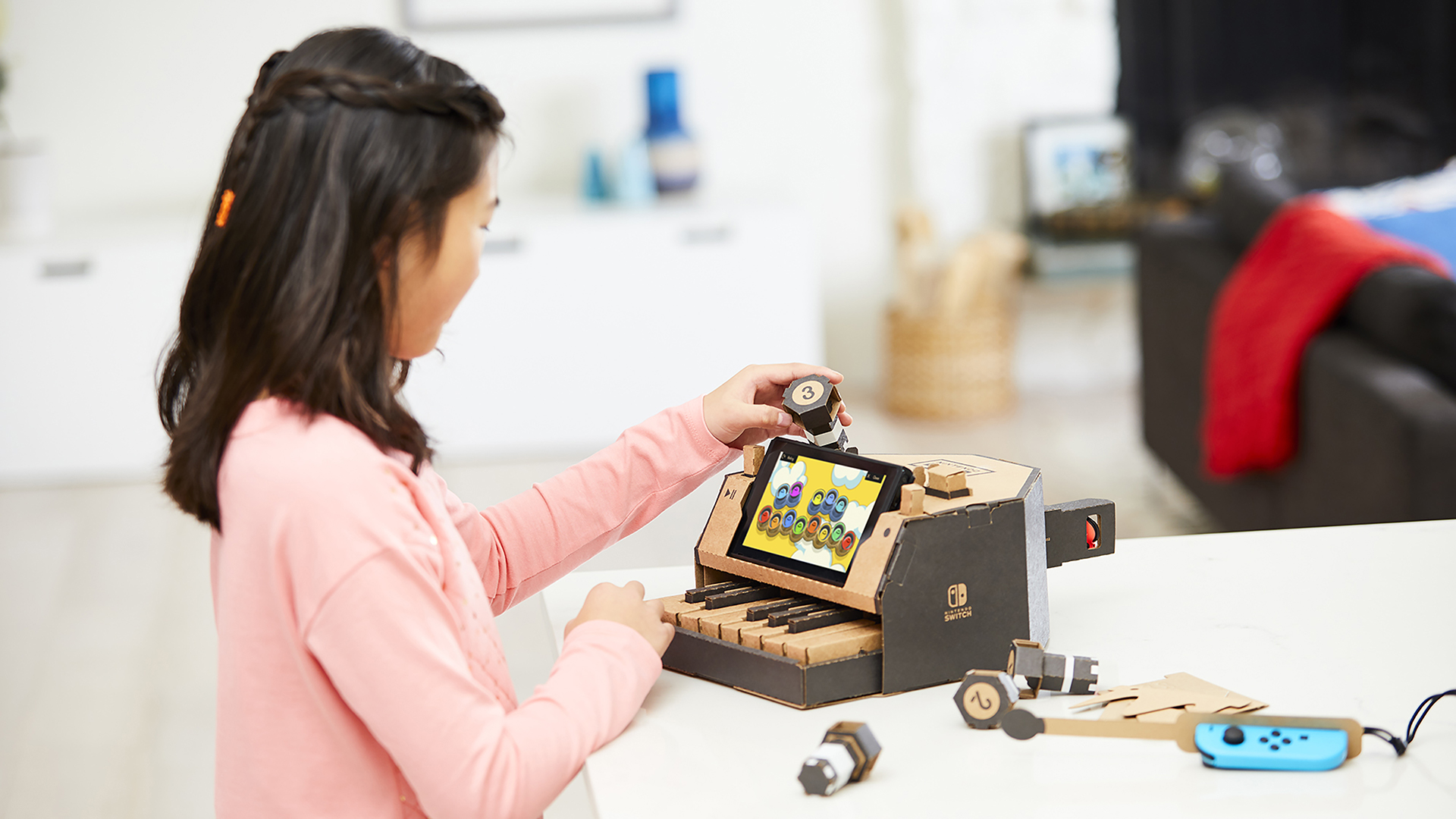 Add a little dose of creativity to your Switch with Nintendo Labo. Announced today, these cardboard kits let you slot the Switch console and Joy-Con controllers into fun “Toy-Con” configurations such as a piano, motorbike, or even a wearable robot suit.

From cards in the early ’90s to games in the present day, Nintendo has long had a history with interactive play. At a glance, Nintendo Labo seems like an expansion of the Wii Remote attachments that popularized motion controls. Rather than sliding A into B, however, these do-it-yourself sets are a tad more involved.

Starting with a piece of modular cardboard, kids and kids-at-heart will get to build items such as a 13-key-piano, a fishing pole, or even recreate a motorbike’s throttle and handlebars. Included Switch software will then let you play with those creations. Owners wanting a personal touch are free to use markers, stickers, or paint to decorate.

Two Nintendo Labo options will be available starting 20 April. The US$69.99 Variety Kit (S$93) contains two RC cars, a fishing rod, a house, a motorbike, and a piano.

• Toy-Con RC Car: Insert the Left and Right Joy-Con into your newly built RC Car and control its movement using touch screen controls on the Nintendo Switch console. The HD Rumble feature in the Joy-Con controllers will cause vibrations that move the car in the direction you choose. Materials to construct two RC Cars are included.

• Toy-Con House: By inserting various assembled blocks into openings in the sides and bottom of the House, you can interact with, play games with and feed a cute creature on the front-facing Nintendo Switch screen. Each differently shaped block is detected by the IR Motion Camera on the Right Joy-Con inserted on top of the House.

• Toy-Con Motorbike: Insert each Joy-Con into an assembled set of handlebars to drive a motorbike on the Nintendo Switch screen. Pressing the ignition button starts the engine, while twisting the right handle activates the throttle. Leaning your body or turning the handlebars left and right controls the motorbike.

• Toy-Con Piano: After assembling a beautifully crafted 13-key piano and inserting the Nintendo Switch console and Joy-Con, you can experiment with your own musical creations by pressing different keys. You can even insert different assembled knobs to create new sound effects and tones!

For something larger, the US$79.99 Robot Kit (S$106) lets you build a suit comprising a backpack, visor, and straps for your hands and feet.

• Toy-Con Robot: Create a wearable Robot suit, and insert the Left and Right Joy-Con into the designated slots on the backpack and visor to assume control of the robot, which is shown on the TV when the Nintendo Switch console is docked. Enjoy a variety of fun game-play experiences, including Robot mode, in which you can destroy in-game buildings and UFOs.

Nintendo hasn’t mentioned what their future plans are, such as new downloadable software or if they’ll offer any tools for the DIY community to take charge. Regardless, the Nintendo Labo is a fun, though somewhat pricey, idea.

Ade thinks there's nothing quite like a good game and a snug headcrab. He grew up with HIDEO KOJIMA's Metal Gear Solid, lives for RPGs, and is waiting for light guns to make their comeback.
Previous post The Dissidia Final Fantasy NT Ultimate Box will burn S$319 out of your pocket
Next post Metal Gear Survive open beta now live for PS4 and Xbox One