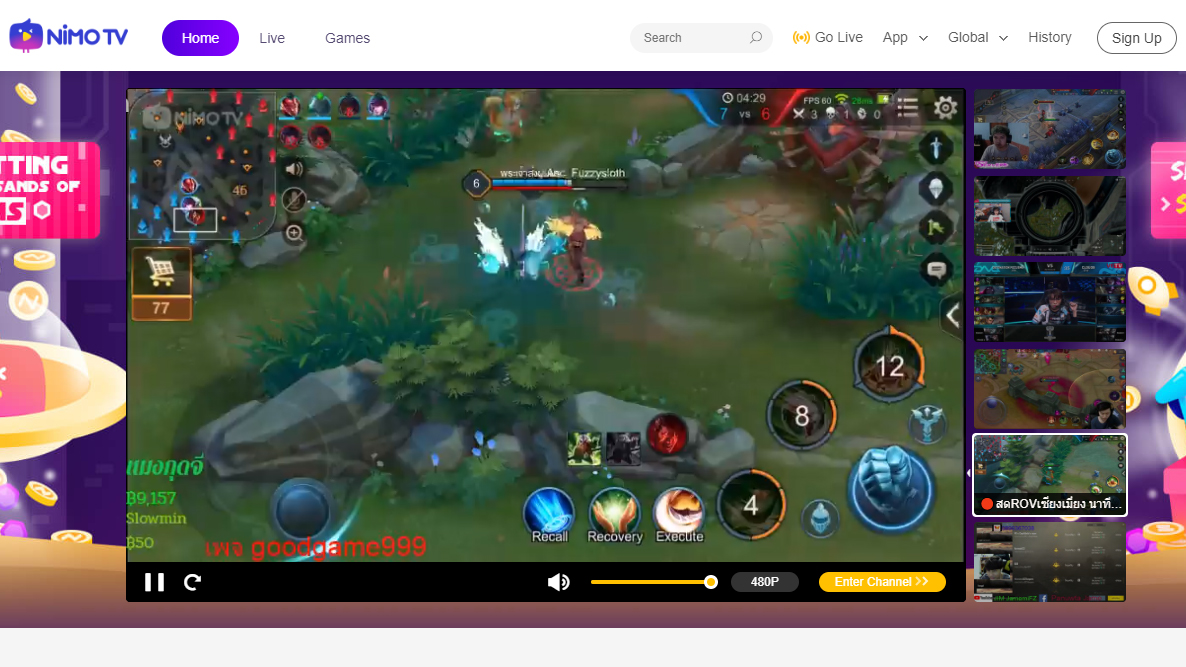 Game streamers looking to break into the market can now turn to Nimo TV as an alternative. The Chinese-owned platform has officially launched its Southeast Asia service today, and is currently open to users in the Philippines, Malaysia, Indonesia, Thailand and Vietnam.

Billed as China’s Twitch, Huya supports both gaming and lifestyle-related content with a similar focus on community interactivity through chat and virtual gifts. They even had a public backlash involving ride-hailing drivers, much like an earlier Twitch incident in the US.

Nimo TV for SEA places a greater emphasis on games and esports, with the app’s front page listing top-trending games from both PC and mobile. While it may not pull the same viewer numbers as Twitch just yet, it’s hard to overlook the fact that it serves a non-English audience in what has long been considered a prime esports region. That and it has Tencent, a titan of industry, keenly watching over it.

Expectedly, the platform is attempting to build an ecosystem involving not just streamers and viewers but also brand sponsors and celebrity players. On that front, they’ve already engaged esports teams such as Singapore’s Team Flash, Indonesia’s EVOS, and the Philippines’ TNC.

Ade thinks there's nothing quite like a good game and a snug headcrab. He grew up with HIDEO KOJIMA's Metal Gear Solid, lives for RPGs, and is waiting for light guns to make their comeback.
Previous post White PS4 Wireless Headset coming Dec 2018
Next post Win tickets to the PvP eSports Championship!