New class and mechanics shown off for Valkyria Chronicles 4 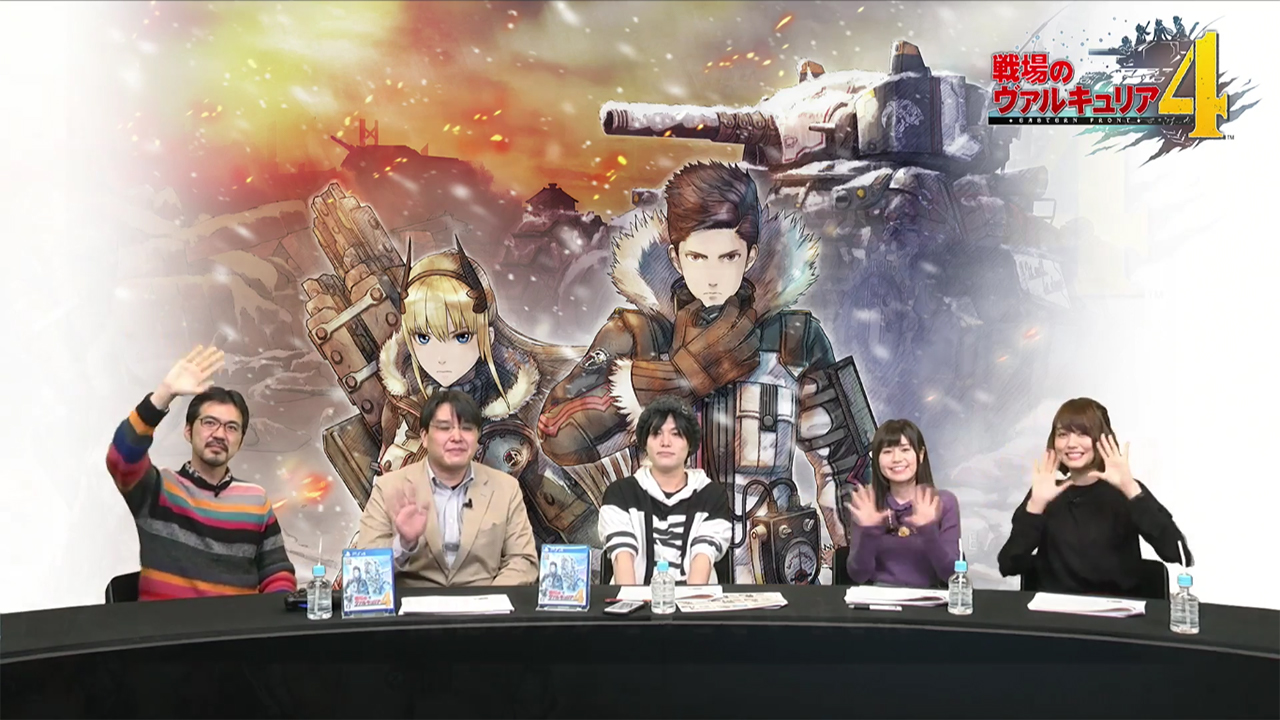 In the final week of 2017, SEGA treated strategy fans to a three-hour livestream of Valkyria Chronicles 4 (Senjou no Valkyria 4: Eastern Front). While the discussion panel was entirely in Japanese, worldwide fans may want to look at the brand-new trailer and gameplay footage for what to expect.

Although we’re briefly given a look at Alicia and Welkin from the first game, Valkyria Chronicles 4 features a whole new cast fighting elsewhere on the continent. Squad E, under the command of first lieutenant Claude Wallace and second lieutenant Reiley Miller, are sent deep into Eastern Imperial Alliance territory as part of Operation Northern Cross — a desperate attempt to capture the enemy capital and end the war. There is, of course, a new Valkyria to contend with: the icy Crimaria Revane.

On top of the command, movement, and action point systems integral to the series are a bunch of additions sure to excite returning players. These include the new Grenadier class, unit progression, a death mechanic, and a cruiser that can provide both radar and fire support.

Grenadiers such as Reiley Miller are equipped with what is best described as personal mortars. Due to its arc trajectory, Grenadiers may fire from behind cover and without line-of-sight, making them invaluable for clearing out entrenched enemies. However, both the character art and in-game footage suggest that they only carry three shells, so those shots need to count.

Progression takes place on the drill grounds, where classes, rather than units, get to level up. Doing so may unlock new Orders and Potential boosts, but reaching Level 11 is when things begin to open. That’s when the class reaches elite status, granting new weapons and abilities such as repair kits for Engineers and anti-tank rifles for Snipers. That said, certain characters do have story-based side missions for added flavor and player investment.

When a unit is about to fall in battle, the new Brave system may kick in for one last act of heroism: either to “Entrust” things to a nearby ally, raising their ability and restoring one Command Point, or to “Rise Up” and make that final movement and shot, all while invincible. Hopefully, with personnel such as medic Karen Switchcoat and medical dog Ragnarok, players won’t have to see that Brave menu all too often.

Gameplay footage begins at 1:45:49 in the livestream.

[Updated: 4 Jan 2018, 10:02AM] Towards the end of the presentation, SEGA revealed the Japanese Collector’s Edition to celebrate the franchise’s 10th anniversary. It comes with a 25-track soundtrack, an illustration book, and a bonus mission where Squad E visits and fights alongside Squad 7 — that is Welkin, Alicia, Isara, Rosie, Largo, and the tank Edelweiss. We imagine that’ll be available as a DLC of some form or another for international players, but SEGA hasn’t made any English announcements just yet. If you missed out on one of the best original IPs last generation then don’t worry: the first Valkyria Chronicles was remastered for PC (Steam) and PlayStation 4.

Valkyria Chronicles 4 releases in Japan on 21 March for PlayStation 4 and in summer for the Nintendo Switch. The global release, which includes an Xbox One version, is sometime this year.

Ade thinks there's nothing quite like a good game and a snug headcrab. He grew up with HIDEO KOJIMA's Metal Gear Solid, lives for RPGs, and is waiting for light guns to make their comeback.
Previous post End of the line for Gran Turismo 6 in March 2018
Next post XBL Gold Jan ’18: Van Hellsing III, Back to the Future, and more