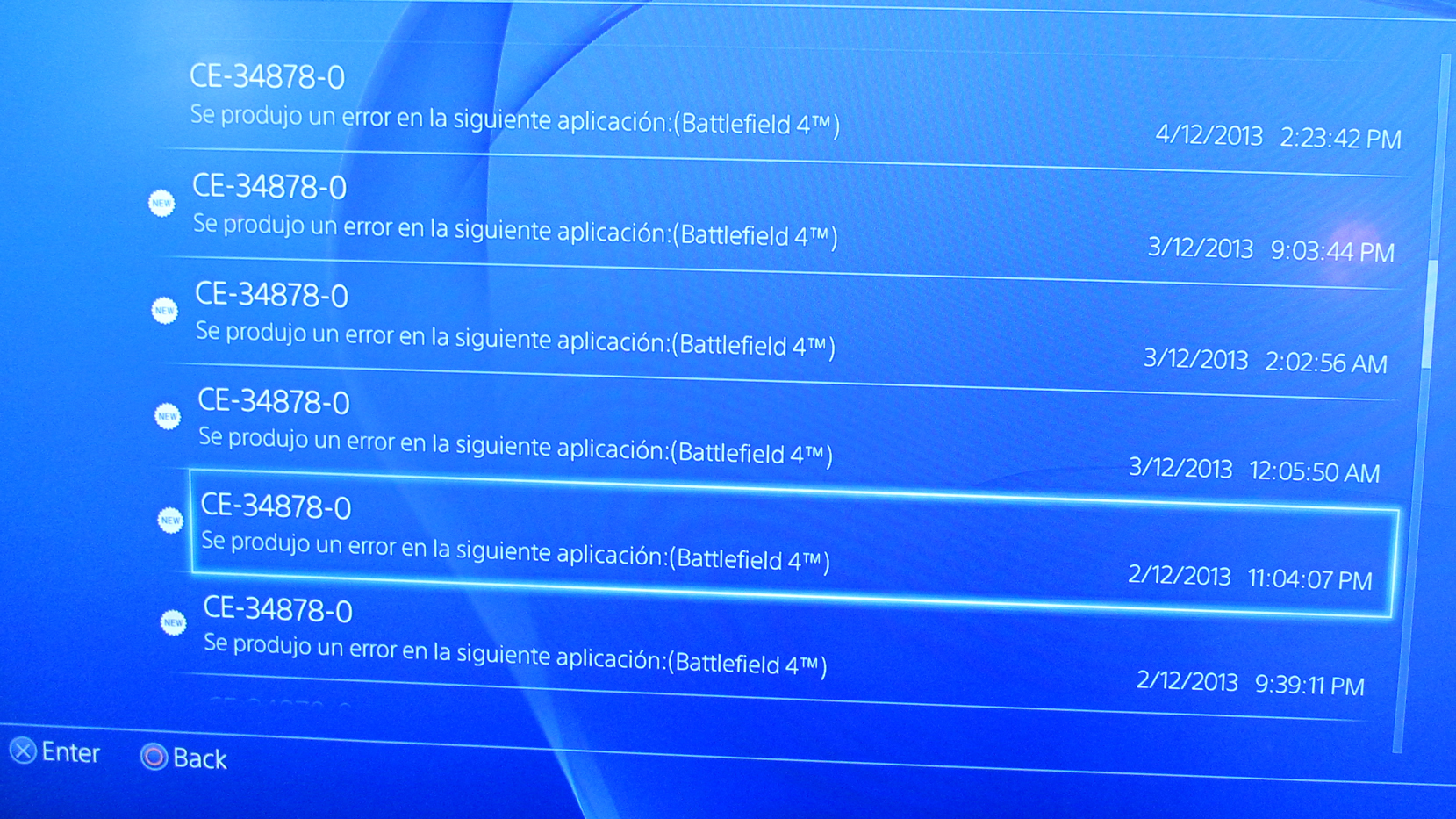 For some, the next-gen experience hasn’t been all that smooth under Sony’s banner. Forum posts dating back to early December show a number of PlayStation 4 owners seeing blue, quite literally too.

An error cryptically identified as CE-34878-0 has been troubling users in both North America and Europe, whereby save files from a wide range of games end up being corrupted. A quick peek through PlayStation Asia’s channels and our own forums show nothing of the sort, although one local user did report it on EA Singapore’s Facebook page. We’ve contacted Sony anyway to see if more owners here have been affected.

For now, the US support page offers the following solution:

Step 1: Close the application, install the latest system software and game update, and restart the system.

Step 2: If the error occurs again, back up your saved data, and then go to [Settings] > [Initialization] and choose [Initialize PS4].

Some users have come up with workarounds of their own though there’s no clear indication if they work for others. Fortunately, Sony has informed multiple outlets that they are aware of the issue and are busy working on a fix.

If I may offer some speculation, the corrupted saves sound like a by-product of the game crashing, which inadvertently gets uploaded to the cloud. The question now is what causes the error in the first place? Seeing how it strikes regardless of publisher, it sounds like a problem on Sony’s side instead.

As a precaution, I’d suggest backing up your save data to a USB drive before starting any game. It’s a hassle but you wouldn’t want to be the next person to lose 40 hours of Assassin’s Creed progress.

Ade thinks there's nothing quite like a good game and a snug headcrab. He grew up with HIDEO KOJIMA's Metal Gear Solid, lives for RPGs, and is waiting for light guns to make their comeback.
Previous post Hearthstone Enters Open Beta in US, Other Regions Soon
Next post Nation vs. Nation Combat in Next World of Tanks Update