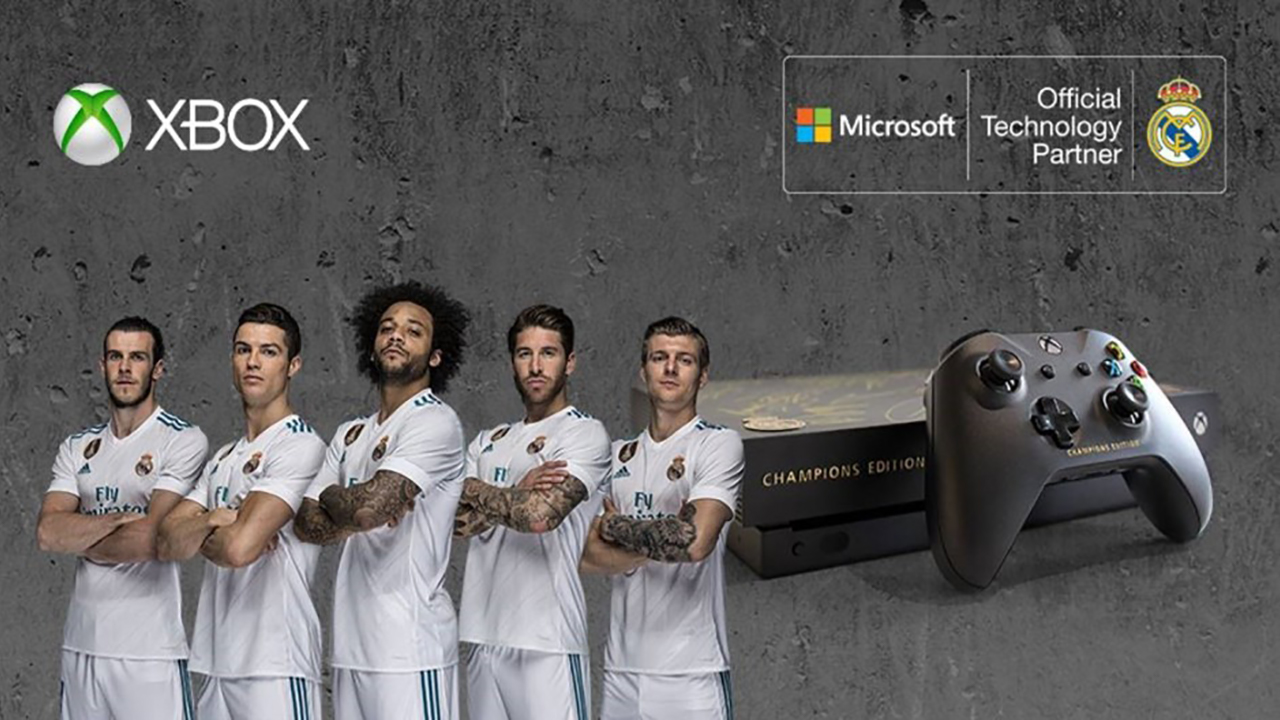 You probably know a friend or two who only uses their console for soccer games. Maybe you are that friend. Either way, Microsoft are running a global sweepstakes that’s sure to grab every ounce of attention from that prime soccer-gaming overlap: a one-of-a-kind Xbox One X signed by every player of the UEFA Champions League team Real Madrid.

By “global” what Microsoft really means is the US and all other countries with Xbox Live service. Singapore’s on that list, so that’s one typical hurdle over and done with. The good news is that entering the sweepstakes is extremely simple, provided you have a “legally registered Twitter account” and are doing this sometime between 27 April and 4 May.

And this is where you start praying to your god of choice.

The winner will be contacted via Twitter DM (direct message), which shouldn’t pose any issues so long as you’re still following the @Xbox account after doing the deed.

It seems that Microsoft also gave out individualized Xbox One X consoles to the Real Madrid players themselves, each bearing “their jersey number and initials on it.”

🎮👍 #XBoxOneX
Our players have each received a customised Xbox One X with the club logo, their name and shirt number. Thanks, @Microsoft! pic.twitter.com/HsgITdouoI

We expect Microsoft to release more photos of the sweepstakes console once the promotional post is live. Currently, you can only glimpse a portion of it in the lead image above, and we imagine fans would be far more interested once they get to see the full design and all of the smaller details.

Ade thinks there's nothing quite like a good game and a snug headcrab. He grew up with HIDEO KOJIMA's Metal Gear Solid, lives for RPGs, and is waiting for light guns to make their comeback.
Previous post The collector’s edition for Marvel’s Spider-Man is a cool $229
Next post Review: Razer Nommo Chroma adds to your RGB blings