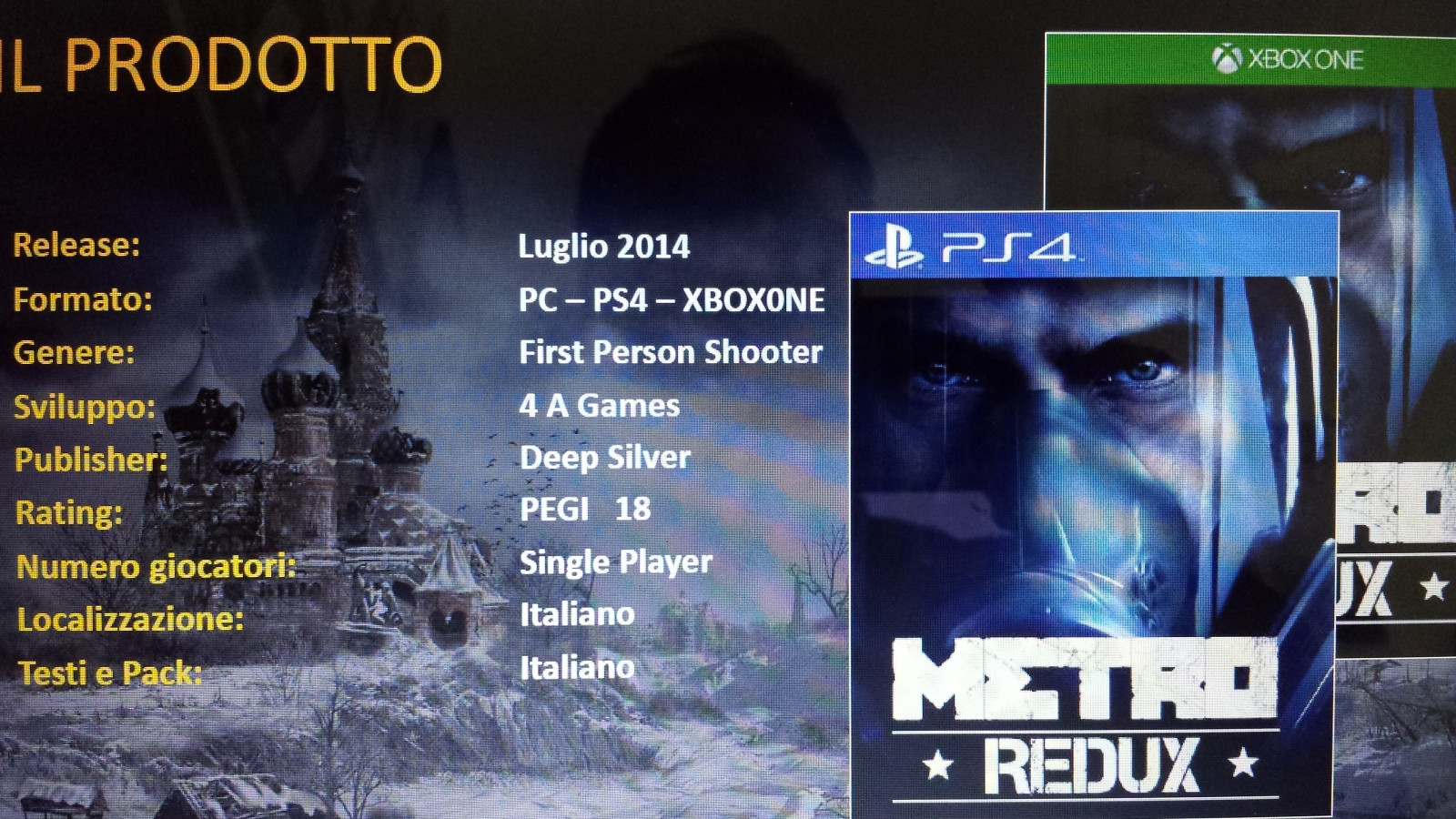 It’s been barely a day since the above image leaked online and, in a refreshing twist, publisher Deep Silver has already confirmed the existence of Metro Redux.

So we’re going to comment on rumour and speculation instead.

Yes. We never made any secret of 4A’s desire to bring Metro to the latest generation of console hardware.

But what you saw leaked was taken from an old, internal planning presentation, containing some nuggets of truth but a lot of hypothetical ideas and place holder material.

Now this isn’t the third game in the series. Rather, we’ll be getting Metro 2033, Metro: Last Light and all related DLCs in a single package, ready for next-gen owners to eat up. There might be more to this than just a HD update but we’ll have to wait on Deep Silver’s next announcement sometime before, or during, E3.

Revisiting those tunnels should be fun.

Ade thinks there's nothing quite like a good game and a snug headcrab. He grew up with HIDEO KOJIMA's Metal Gear Solid, lives for RPGs, and is waiting for light guns to make their comeback.
Previous post Phil Spencer Appointed Head of Xbox
Next post The International 2014 Happens On July 18–21