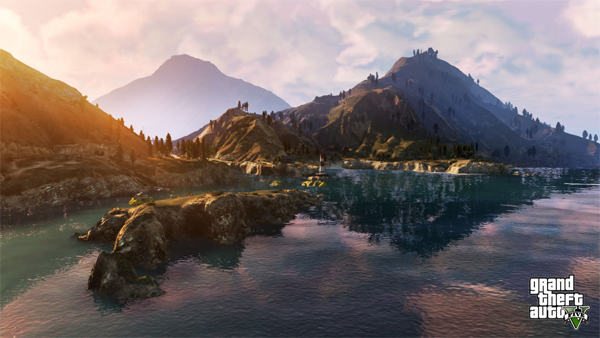 The wait always gets harder the closer you are to release. With just a week left to go, Rockstar’s Grand Theft Auto V already has the world buzzing with excitement – it’s just one of those games that people take an off day for. Hardly a surprise then, that as soon as something gets leaked it’ll spread faster than wildfire. The material in question:  a map of Los Santos. Now all over the Grand Theft Auto V Subreddit, the image is believed to be from the game’s official strategy guide by Brady Games. It may seem small but keep in mind that this map only serves to indicate the points of interest. If you take a look at a high-resolution copy you’ll get a much better sense of scale. Los Santos is supposedly larger than Red Dead Redemption, GTA IV and GTA: San Andreas combined.

We’ve got the jaw-dropping budget of £170 million (SG$285 million) to thank for Rockstar’s massive sandbox.  While that figure includes marketing, it’s pretty indicative of how strong the Grand Theft Auto franchise has become for Rockstar and Take-Two to invest money that could fund a Hollywood movie or two.

Now that you’ve seen the map (which looks like a Ninja Turtle), what’s the one side activity you look forward to most? Flying and sky-diving seem like a pretty ace idea.

Ade thinks there's nothing quite like a good game and a snug headcrab. He grew up with HIDEO KOJIMA's Metal Gear Solid, lives for RPGs, and is waiting for light guns to make their comeback.
Previous post Asia Gets Update 8.8 for World of Tanks on 18 Sept.
Next post Valve Announces Steam Family Sharing, Closed Beta Next Week