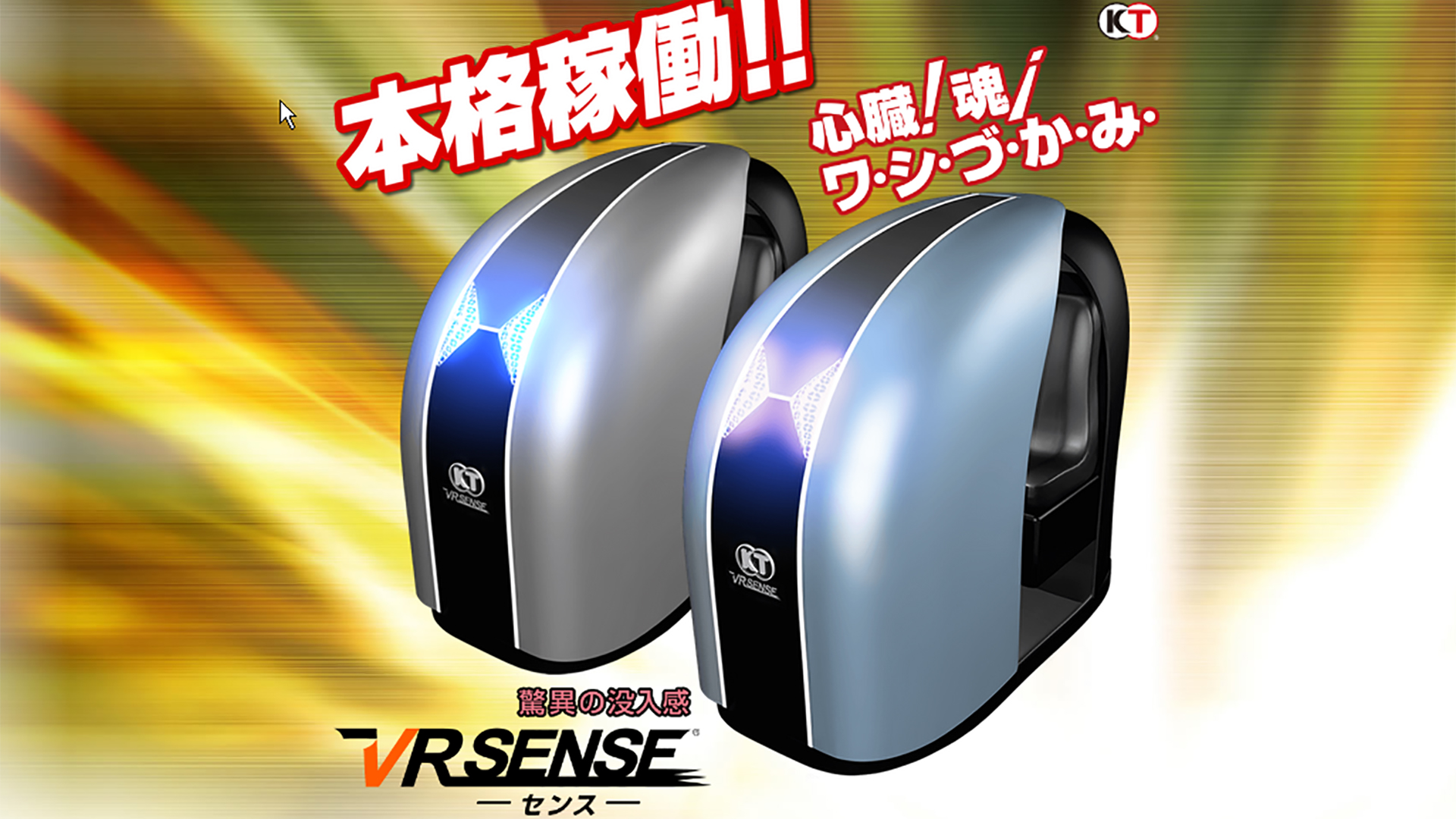 Christmas dates and chicken dinners aside, some Japanese got to spend their year-end holidays with Koei Tecmo’s new virtual reality pods, VR Sense. Released to the public on 21 December, these machines racked up more than 5,000 plays in just five days, allowing the publisher to gather just which of their VR experiences was the largest crowd-pleaser.

Most gamers would probably be wondering what could possibly best the other two franchises, both huge properties in Koei Tecmo’s stable. The answer, as it turns out, is an even larger hit: Konami’s Tokimeki Restaurant☆☆☆, a spin-off based on the female-oriented Tokimeki Memorial Girl’s Side dating sims.

For some background, Koei Tecmo has two VR SENSE variants available. Looking through an earlier Game Watch article, each pod contains a PlayStation VR set, a moving 3D seat that can simulate walking, and other sensory features that play up touch, wind, temperature, and even scent.

The “Sparkling Blue” version is loaded up with 3 Majesty × X.I.P. DREAM☆LIVE, Horror SENSE – Daruma-san Fell, and Super Sengoku Coaster experiences — a male idol concert, a horror escape room (with options catering to men and women), and a roller coaster respectively.

On the other hand, the “Sparkling Silver” version brings Dynasty Warriors, Dead or Alive Xtreme SENSE, and GI Jockey SENSE.

Note: You may want to skip this next video since Dead or Alive plus beaches usually means questionable camera framing.

According to the official GameCity website, there are currently 56 VR SENSE pods in 32 locations throughout Japan, with most clustered around Tokyo and its larger region of Kanto.

We probably wouldn’t see this reaching international shores anytime soon, if ever. The other big arcade player, Bandai Namco, already operates a VR facility in Shinjuku.

Ade thinks there's nothing quite like a good game and a snug headcrab. He grew up with HIDEO KOJIMA's Metal Gear Solid, lives for RPGs, and is waiting for light guns to make their comeback.
Previous post XBL Gold Jan ’18: Van Hellsing III, Back to the Future, and more
Next post Black Desert Mobile to get global servers in 2018