Kingdom Under Fire II Looks Better on PS4, Discussions Underway for Xbox One 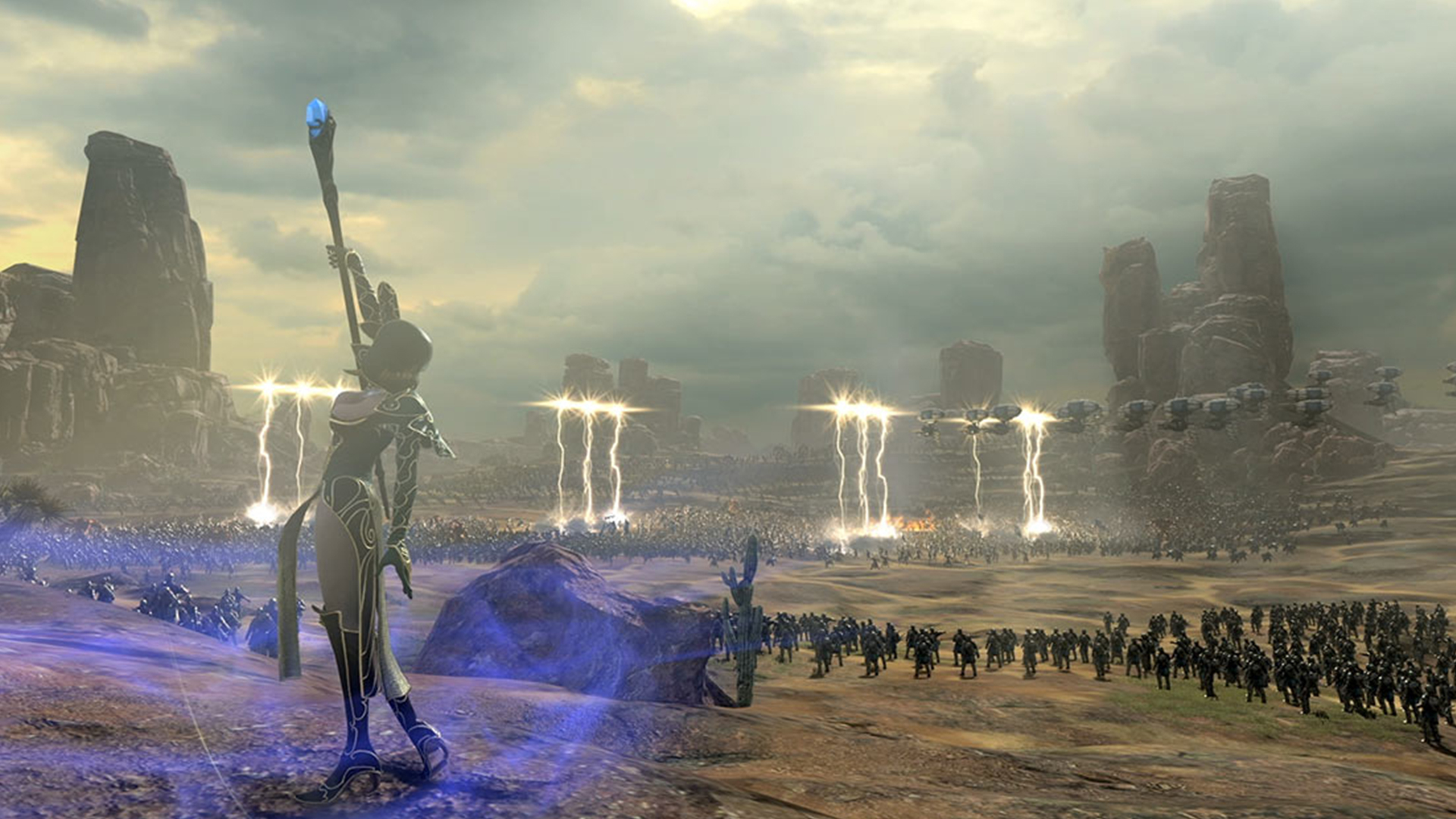 Kingdom Under Fire II releases this month! After years of development the free-to-play MMO is finally ready to meet the public, and we here in Southeast Asia will be the first English-speaking region to get all over it. Before it gets lost in the backwash of a certain other MMO’s launch, here’s some new information that popped up recently.

Producer Sang Youn Lee spoke to 2P at a GDC 2014 interview (via vg247), revealing some interesting things about the game. For instance, when asked about graphical differences between the PC and PS4, his reply might actually surprise you:

A little hard to tell you right now because if the PC users know, they will be very angry. PS4 has much better graphics. PS4 graphics quality will be much better and higher than the PC version.

Further down he explains that Kingdom Under Fire II was originally supposed to be a single-player game for the Xbox 360 and that only in 2009 did they change direction. It isn’t hard to see why they’d rather continue focusing on console however, as the platform isn’t seeing much competition at the moment.

With a PS4 version confirmed, it was only natural to ask whether we’ll see it head to Xbox One too.

We are currently under discussion with Microsoft and hope we can have a chance to develop in Xbox One platform for our fans in Xbox platform.

Fans in the West will unfortunately have to wait as the studio tries to find a suitable publisher, with “November or September this year” being the earliest they’d roll out a PC beta test.

As for the PS4 version, the plan is to release it at the same time as Europe, Japan and Korea sometime this year.

Not sure what Kingdom Under Fire II is all about? We have a preview from the Experience Beta Test right here, where I deemed the game’s quest design upsetting but found the action-oriented combat “way too satisfying to pass up.”

Ade thinks there's nothing quite like a good game and a snug headcrab. He grew up with HIDEO KOJIMA's Metal Gear Solid, lives for RPGs, and is waiting for light guns to make their comeback.
Previous post Interview with Wargaming CEO, Victor Kislyi
Next post We Nearly Had a Star Wars Game with Darth Maul