Just Cause 3 Gets Debut Gameplay Trailer 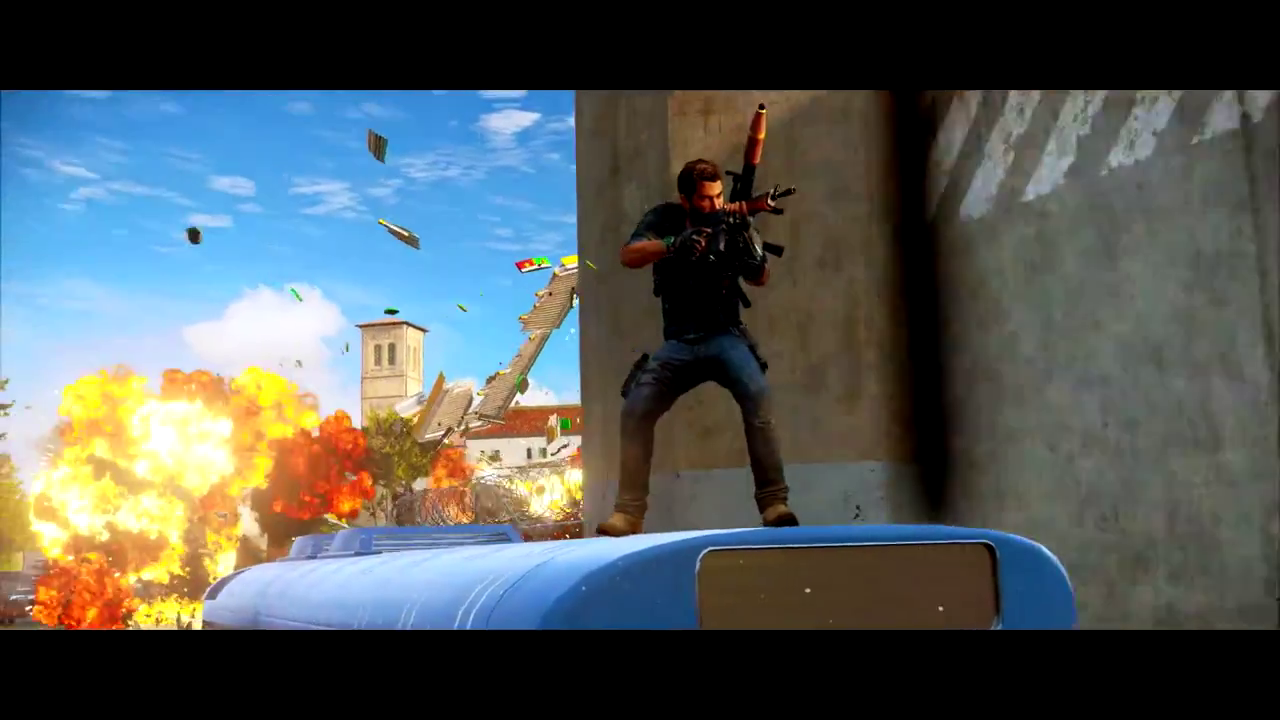 As gamers everywhere grow increasingly skeptical with each new cinematic trailer, here comes Just Cause 3 showing how things are done with a trailer of its own. “No cut scenes, no scripts, no staging. Just gameplay and great camera angles.”

For a game where absolutely no regard is given to internationally recognized safety practices or plain common sense, this trailer is perfect – we’ve got shooting, car chases, a mid-flight hijacking of a fighter jet, and enough explosions to make Michael Bay look on in envy. Why watch action movies when you can create your own mayhem to upload on YouTube or Gfycat?

There isn’t any actual gameplay per se, i.e. HUDs and running around, but anyone who has ever played a Just Cause game will know that everything shown will be possible. Give it a couple of months post-release and we’ll see even crazier things courtesy of the players.

What we know so far is that Rico Rodriguez will be the game’s protagonist once again, this time fighting on his home island of Medici against the dictatorship of General Di Ravello. The map will be just as large as the previous installment but with far more verticality, introducing subterranean caves to the series.

Even better is the fact that there won’t be any microtransactions in the game.

Just Cause 3 is developed by Avalanche Studios and will be out later this year for PC, PlayStation 4, and Xbox One.

Ade thinks there's nothing quite like a good game and a snug headcrab. He grew up with HIDEO KOJIMA's Metal Gear Solid, lives for RPGs, and is waiting for light guns to make their comeback.
Previous post Mortal Kombat X Asia Pacific Qualifiers Begin in May
Next post Gumi Asia on Creating an Exclusive PVP Mode for Chain Chronicle