Japan is getting a Kingdom Hearts 15th Anniversary PS4 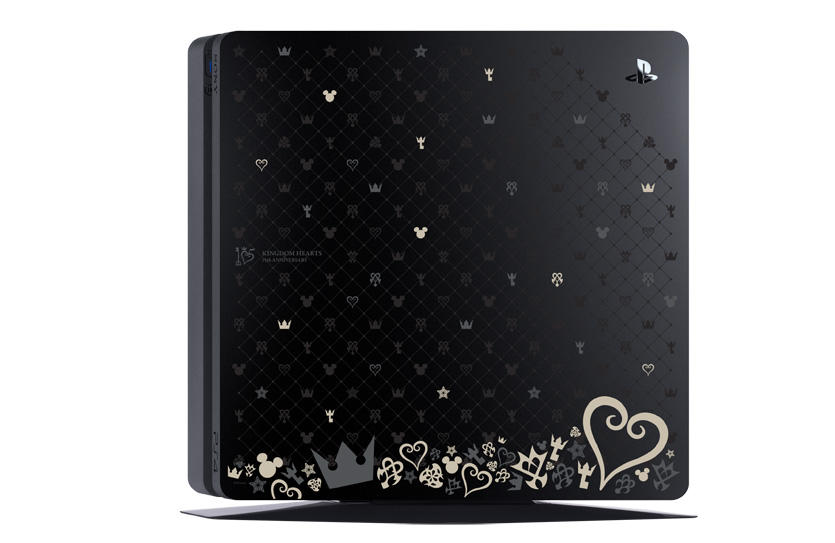 Decked out in a Kingdom Hearts logo and monogram, the limited edition model comes with a custom PlayStation 4 dashboard theme and custom box packaging, just so everyone else knows what’s inside. The release coincides with the launch of Kingdom Hearts HD 2.8: Final Chapter Prologue – basically the prologue to Kingdom Hearts III, the final chapter in the series. Even so, it’s a chapter the fans have been waiting for since the PlayStation 3 era, which means Square Enix have some high expectations to meet if they plan on wrapping up the story.

What’s odd about all this is the fact that Sony isn’t bringing their limited edition designs to their new PS4 Pro, considering how it would likely entice current PS4 owners to make the jump.

We’ll poke around to see if there are official plans for the Kingdom Hearts 15th Anniversary PS4 here.

On a related note, 2017 is the 30th anniversary of Final Fantasy and some exciting, if not ambitious, rumors are floating around – we’re not posting about those yet until more sources come forward. Stay tuned!

Ade thinks there's nothing quite like a good game and a snug headcrab. He grew up with HIDEO KOJIMA's Metal Gear Solid, lives for RPGs, and is waiting for light guns to make their comeback.
Previous post Sea of Thieves has ship boarding, mermaids, and a technical alpha test
Next post Catch the Top 16 at the Hearthstone Malaysia Major this weekend