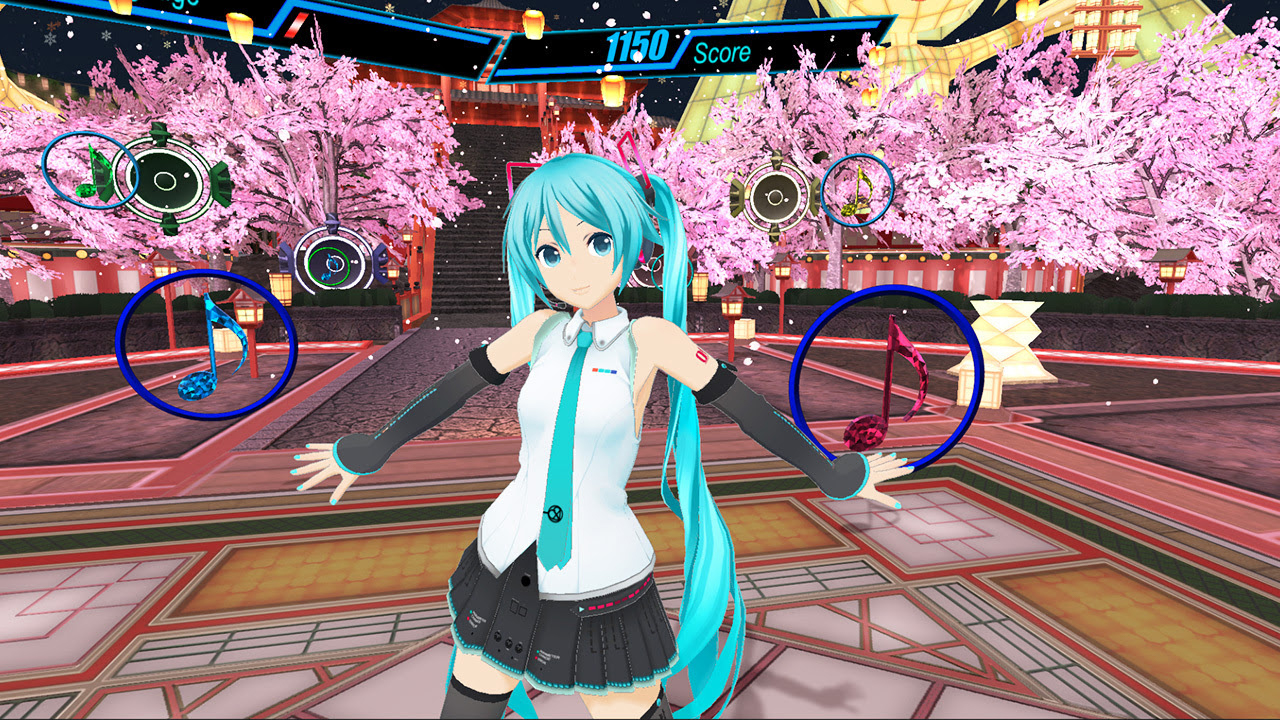 From music videos to games, hologram concerts, and even entire exhibitions, nothing has been out of the reach of online sensation Hatsune Miku. The leek-twirling virtual idol is now forging her way onto Steam with Hatsune Miku VR, a rhythm action game compatible with HTC Vive and Oculus Rift.

Interestingly, Crypton Future Media are collaborating with Degica Games instead of Project Diva partners Sega. There’s not a whole lot on the official website (via Mikufan) at the moment. Aside from the headset compatibility, it states that Hatsune Miku VR will feature eight songs at launch, all featuring various artists and two levels of difficulty “for intense dance action.” Players will use VR controllers and can expect to see more songs in the future.

The game will be available in English, Japanese, and Chinese.

There’s no mention of non-VR support, which is unfortunate since there haven’t been any Hatsune Miku games on the PC till now. On the bright side, this sounds more engaging than Hatsune Miku: Future Live VR, which was basically a light-stick-waving concert experience.

Sadly, there’s still nothing on the radar for virtual YouTuber Kizuna Ai.

Ade thinks there's nothing quite like a good game and a snug headcrab. He grew up with HIDEO KOJIMA's Metal Gear Solid, lives for RPGs, and is waiting for light guns to make their comeback.
Previous post Age of Empires: Definitive Edition releases 20 Feb
Next post Party up in Scribblenauts Showdown for Switch, PS4, and Xbox One