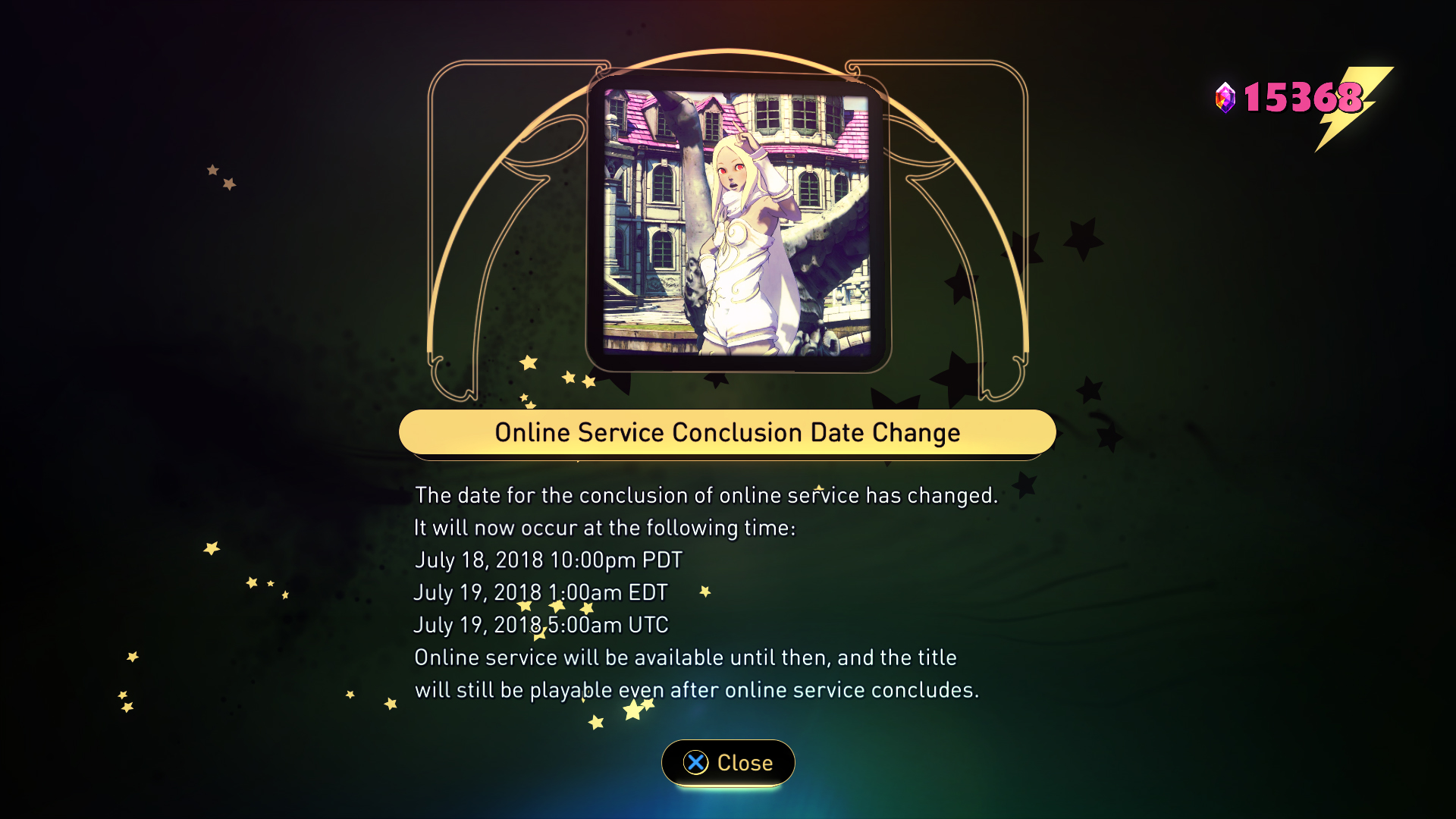 After an outpouring of fan support for the beloved Gravity Rush games, Sony has quietly decided to extend the online services for Gravity Rush 2.

The servers were originally due to shutdown on 19 January, just a week from now, before the uplifting news was discovered and shared by Redditor Hartia (via Gematsu). A capture of the in-game notification states that online services will continue till 19 July, 1PM SGT.

While a number of fans are reasonably upset over the loss of community interactivity, most players are rushing to collect Dusty Tokens to unlock in-game rewards. The initial announcement explicitly told players to “get your hands on some rewards while you still can,” indirectly saying that the items will be forever locked once the servers go down. What’s more, there has been no word of a DLC to make these rewards available offline.

Fan site Gravity Rush Central also pointed out that the in-game treasure boxes, which also contain unique items, will be far harder to locate once the Treasure Hints are no longer available.

The core Gravity Rush 2 experience, which is entirely single-player, remains unaffected. It’s a gem of a title with plenty of critical and fan acclaim (here’s our review); it’s just tragic how it didn’t manage to raise enough sales, overshadowed by a star-studded PS4 line-up in early 2017.

If you’re ever in the mood for something magical then, as the community says, #DontForgetGravityRush.

Ade thinks there's nothing quite like a good game and a snug headcrab. He grew up with HIDEO KOJIMA's Metal Gear Solid, lives for RPGs, and is waiting for light guns to make their comeback.
Previous post Nintendo Direct Mini reveals 11 titles coming to the Switch this year
Next post ASUS ROG GX501 Zephyrus Impressions – Great for gaming but could be so much more