Google Play jumps on the Star Wars May The 4th party 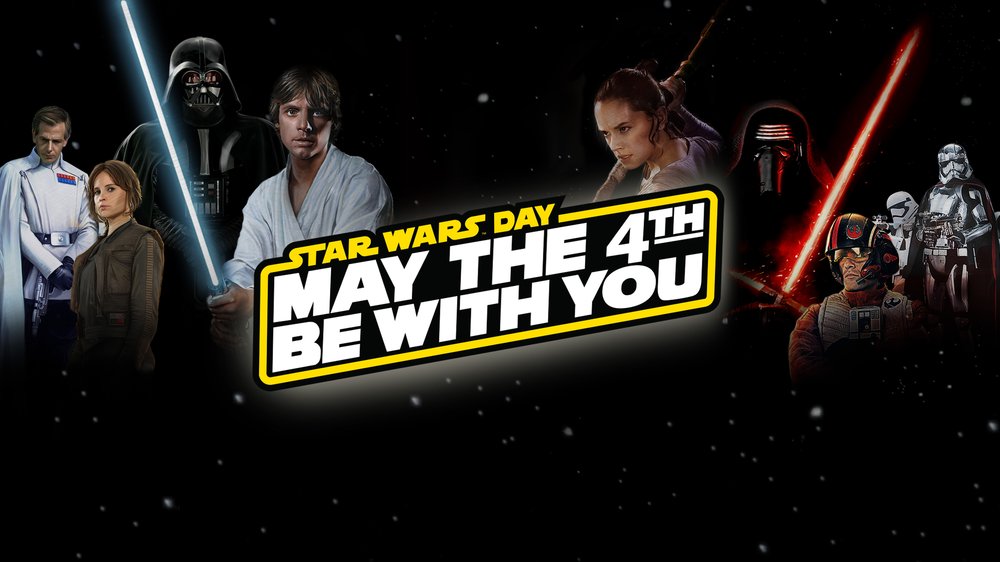 It seems as if everyone’s getting in on the Star Wars celebrations this year. If GOG.com and the Star Wars Festival still aren’t enough, here’s Google Play with a list of recommended contents:

Our thoughts: Well, well. This is basically every Star Wars movie barring Episodes I to III, the black sheep of trilogies (it has its moments). Seeing The Force Awakens taking the lead is a little surprising, though it probably means that everyone’s getting ready for Episode VIII – The Last Jedi later this year.

Google Play movies are offered in HD and may either be rented (30 days) or purchased; buying them unlocks all the bonus footage. Trouble is, any Star Wars fan is likely to have the entire movie collection already, which has seen more box set releases than it reasonably should. At least accessing these digital versions are convenient.

Our thoughts: The LEGO video games are one of the few instances of licensed properties done right. Honestly, one can’t go wrong with a LEGO Star Wars game, and we even get two to choose from.

Yoda II doesn’t exactly put you in command of the beloved Jedi master. Rather, players embark on a series of mini-games after siding with Yoda or Darth Vader. Other than blasters and lightsabers, we’ll get to go AT-AT hunting on Hoth (with an A-Wing fighter, of course) or harass Star Destroyers in a good old B-Wing bomber.

LEGO Star Wars: TFA is exactly what it says – an adventure based entirely on the events of The Force Awakens. Interestingly, we’ll also get to play as Kylo Ren, General Hux, and BB-8 of all things. More importantly, there are a couple of “untold story” levels that explore events before the movie.

The other three titles boil down to hero collecting, just used in different scenarios. Force Arena and Galaxy of Heroes are the more action-oriented of the lot, whereas Commander goes for the mobile strategy crowd. They’re decent games if you have the patience for free-to-play or simply dislike LEGO for some reason.

Google Play are running discounts for Force Arena and Galaxy of Heroes until 11 May. Alternatively, pinball saviors Zen Studios has all of their Star Wars-themed tables at 50% off.

Our thoughts: Alas, we’re going in blind for the most part here (too many backlogs, too little time). The only thing I’ve read on the list is Star Wars: Darth Vader by Kieron Gillen, which does a fantastic job at drawing out the Sith lord’s, ahem, dark side – one of the few things the prequels excelled at was reducing Anakin/Vader into a case study in cringe, something this comic happily fixes. We saw Rogue One tackling the problem as well, reframing the man and the mask into the proper symbol of terror.

If you prefer to hold onto your credits cash (because Star Wars Festival) then here, try these Star Wars-themed playlists instead:

Ade thinks there's nothing quite like a good game and a snug headcrab. He grew up with HIDEO KOJIMA's Metal Gear Solid, lives for RPGs, and is waiting for light guns to make their comeback.
Previous post Darksiders III heading to PC, PS4, and Xbox One in 2018
Next post Review: Halo Wars 2 (Xbox One) almost manages to revive the console RTS