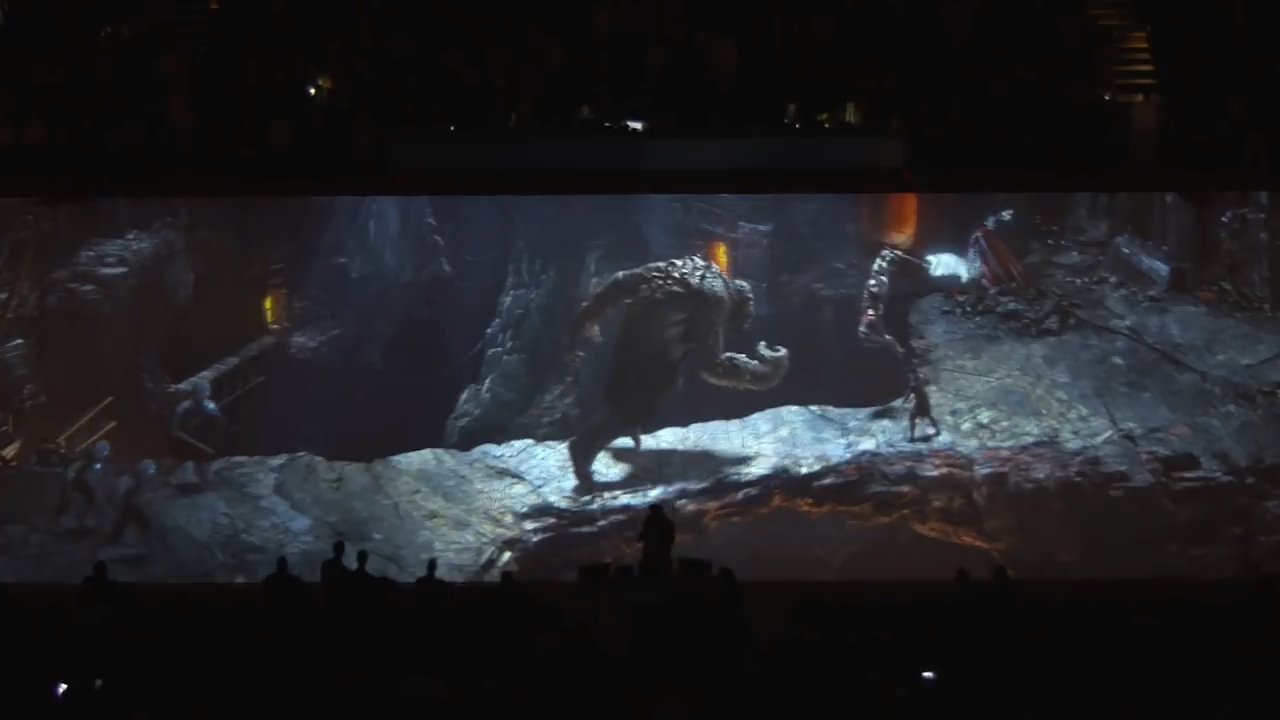 The marketing campaigns for God of War continues to ramp up as we near its mid-April release. The latest stint took place last weekend at the Oracle Arena in California, USA, during a half-time between basketball teams Golden State Warriors and San Antonio Spurs. As the lights dimmed, the father-and-son duo were first seen on the massive Jumbotron overhead, before swiftly moving over to a much larger display: the court itself.

“Gaming is an immersive experience. You can communicate the story, or functional things around gaming. But to be able to have the experience be a little more forward, where people can experience it together, that’s what was driving this,” said Gerard Caputo, chief creative officer at BBH New York, to AdFreak.

The Golden State Warriors shared the full ad on their channel:

The content isn’t particularly revealing. Kratos and Atreus are among familiar Nordic scenery before plunging through broken ice, battling draugrs and trolls alike. The presentation itself is something else, though, seen from a gorgeous isometric perspective (yes, Diablo does come to mind). We can only imagine how it all sounded in the arena.

God of War heads to the PS4 on 20 April 2018. It’s the long-awaited revival of what had been a key PlayStation franchise on past generations, now transported to a land with new dangers, new legends, and new themes. We previously got to hear director Cory Barlog explaining the change in direction.

Ade thinks there's nothing quite like a good game and a snug headcrab. He grew up with HIDEO KOJIMA's Metal Gear Solid, lives for RPGs, and is waiting for light guns to make their comeback.
Previous post AMD’s updated Radeon ReLive adds integrated chat, separate audio tracks, and other useful video features
Next post Preview — Age of Empires: Definitive Edition is a great project in a precarious position