Go Back to 1995 with PlayStation Memories 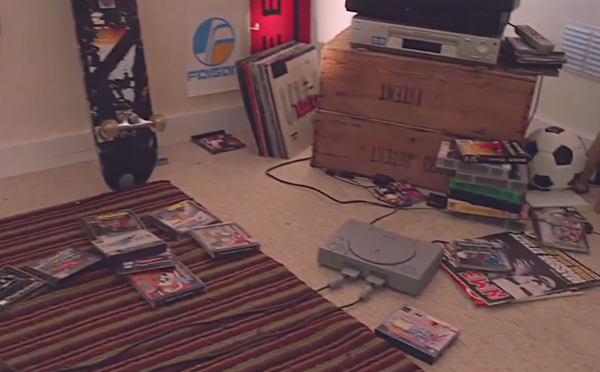 We’ve already seen the “A Day With PlayStation” and “PlayStation 4 Perfect Day” commercials from Japan and North America respectively, so what about Europe? Well, wonder no more.

Rather than selling this image of the ideal PlayStation lifestyle, Sony EU is simply pointing out that we’ve been living it all along. Inspired by the #PlayStationMemories hashtag from earlier this year, the video takes us all the way back to 1995 where it all began.

It’s a shame they didn’t use younger actors to better portray the shift in time but that’s been made up for by shoving in tonnes of nostalgia. How many products did you spot?

Two months from the local PS4 launch isn’t terribly long. Prices still haven’t been announced although we might just learn something new next month, so stay tuned!

Ade thinks there's nothing quite like a good game and a snug headcrab. He grew up with HIDEO KOJIMA's Metal Gear Solid, lives for RPGs, and is waiting for light guns to make their comeback.
Previous post Developer “Censors” YouTube Criticism of Their Game
Next post Alien: Isolation Rumoured to Star Ripley’s Daughter