Ghost Recon Online Gets a Release Date and a New Name 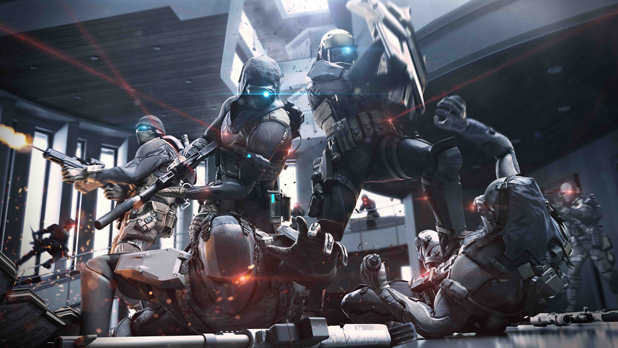 Ghost Recon Online, that team-based third-person shooter by Ubisoft Singapore, has just received a 10 April 2014 release date for PC. Huzzah! That’s not all though, for the announcement was accompanied by an unusual bit of information: the game will now be known as “Tom Clancy’s Ghost Recon Phantoms”.

You might have played Ghost Recon Online previously, for this is one of those multiplayer games with an extended open beta phase, currently at a count of 21 months. Producer Corey Facteau says in an internal UbiBlog interview that they’ve seen 5 million people play it to date. Those numbers have contributed to “huge improvements in some very important aspects of the game” and that Phantoms now better combines the intensity of shooters with the tactical depth and teamwork of MOBAs.

That doesn’t mean we’ll see A.I. grunts like in Titanfall, though. Rather, there are now strong incentives for teams to work together. Communication is but the first step in coordination, which is where the in-game voice chat comes in. There’s also a “highly developed cover system” that rewards teamwork, and class abilities that synergize to provide lethal opportunities.

It sounds as if public matches will be more of a gamble now, depending on who you get teamed up with. On the flip side, this should make for some amazing moments if you’re with friends, whereas the greater tactical focus makes for a respectful nod to the Tom Clancy name.

Speaking of names, the new title is a direct result of “the new backstory and the new geopolitical context of the game.” Facteau goes on to explain that the nature of conflict in today’s world has changed, where gray areas are aplenty. Phantoms’ protagonists will be a reflection of this, characters whose “motives are not always clear.” Here’s hoping that there’ll be supplementary material of some kind to go with all that, because ideals and values are the last thing on anyone’s mind when bullets are flying.

All this comes with a new look, of course. The developers have completely reworked the lighting and level design of the game, something to the effect of this:

As with all free-to-play online games, content such as weapons, maps and more will continue to be developed post-launch.

Facteau promises some exciting events after Ghost Recon Phantoms releases on Steam this April. If you’d like to squeeze in a little practice before then, hop on to their official site  for the client download. For your effort, there’ll be a couple of in-game rewards that carry over to launch. Neat!

Last but not least, our fellow countrymen from Ubisoft Singapore are the lead studio behind Ghost Recon Phantoms too! Hooray!

Ade thinks there's nothing quite like a good game and a snug headcrab. He grew up with HIDEO KOJIMA's Metal Gear Solid, lives for RPGs, and is waiting for light guns to make their comeback.
Previous post The Blackwell Epiphany Ready to Go Come 24 April
Next post Devolver Digital’s Five-Part Indie Documentary (Plus GDC 2014 Sale Happening Now!)