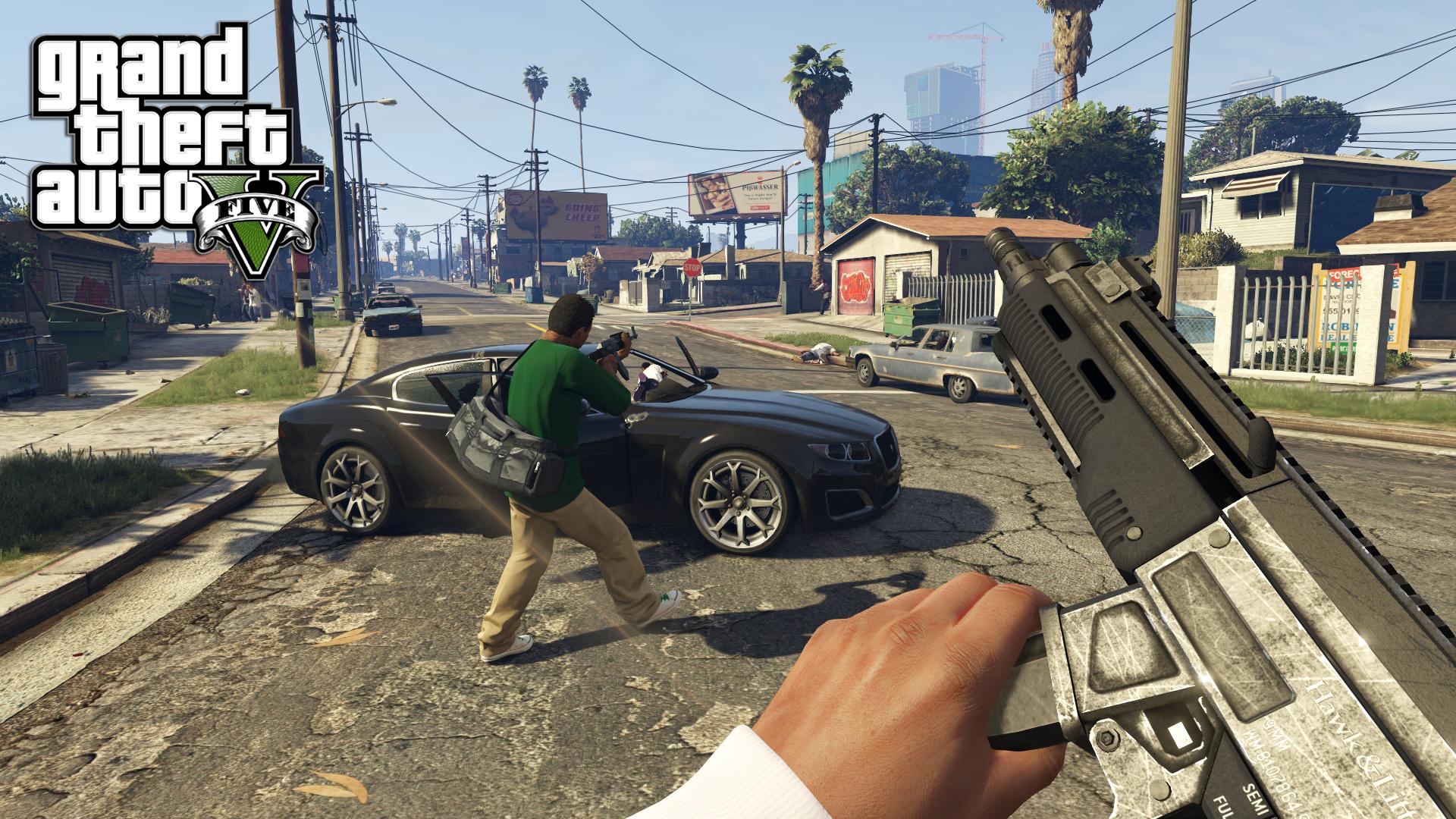 Looks like there’s reason to jump back into Grand Theft Auto V when the enhanced version debuts. Rockstar Games has revealed a new first-person mode that will only be available on these platforms, and judging from IGN’s exclusive coverage it looks like the experience is worth it.

What initially seemed like a visual upgrade ended up being so much more. Animation Director Rob Nelson says that they’ve considered the idea of first-person view before but achieving their vision required both stronger hardware and time.

“You have to change pretty much everything,” reveals Nelson. “I mean, if you want to do it right. We have a very solid third-person animation system, but you don’t just put the camera down there and expect to see the guns, aim, and shoot. All those animations are new when you switch to first-person, because it all has to be animated to the camera, to make it feel like a proper first-person experience that I think people would expect. All the timings have to be re-evaluated.”

The change of perspective also meant work had to be done to San Andreas and everything within it. Cars get fully working dashboards, phones are completely modelled and characters all speak directly at you.

The full article and its embedded videos are definitely worthwhile so go take a gander as soon as you can. Given Rockstar’s famous attention to details I’m sure there’ll be lots of neat surprises, though their biggest challenge will be getting the controls to feel right. Doing a bike drive-by suddenly sounds so much more complex.

This improved Grand Theft Auto V is set to release on 18 November for PS4 and Xbox One. The PC version has been delayed to 27 January 2015.

Ade thinks there's nothing quite like a good game and a snug headcrab. He grew up with HIDEO KOJIMA's Metal Gear Solid, lives for RPGs, and is waiting for light guns to make their comeback.
Previous post Goodie Bags for First 50 at Armaggeddon’s 3rd Anniversary
Next post Dragon Age: Inquisition's First Impression