GameStart 2014: Missed It? Here’s the Twitch Broadcast (With Timestamps!) 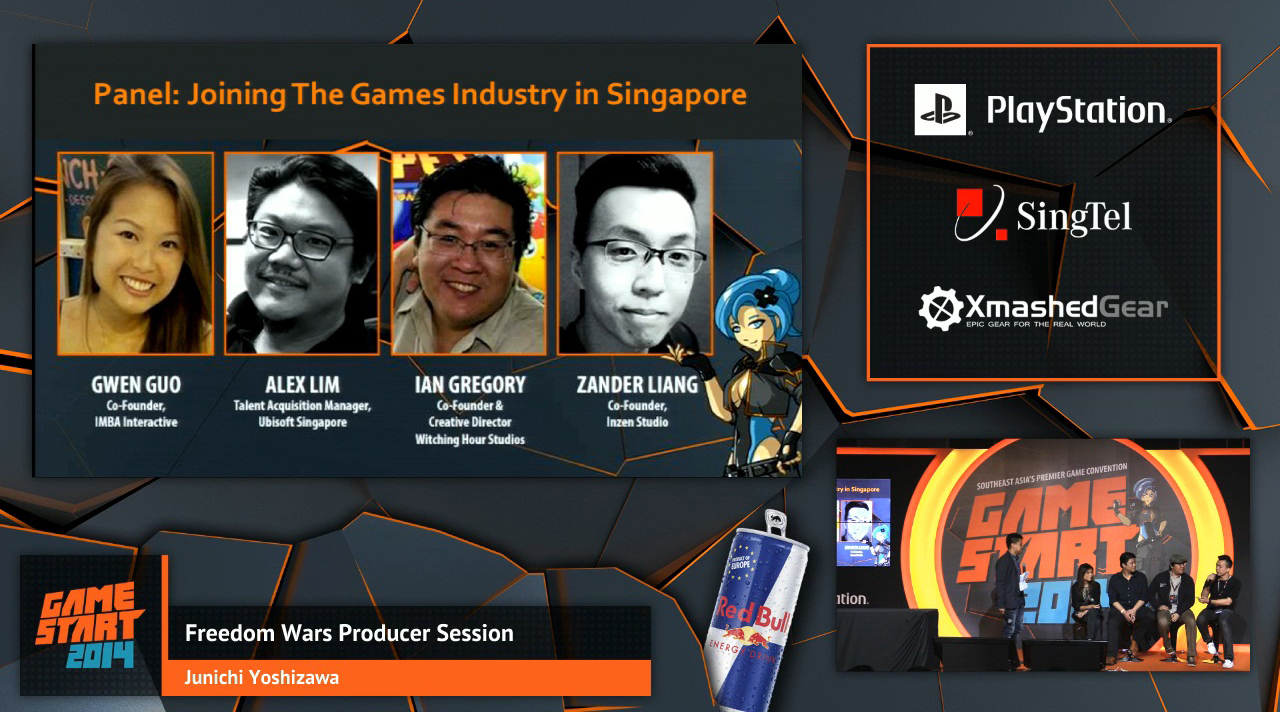 We hope you managed to turn up for GameStart 2014! As far as videogame conventions in Singapore go this was a resounding success and can only grow bigger in the years to come. Games aside, the event also had a bunch of cool panels and presentations on the main stage. If you were caught up at the demo booths or just missed them for whatever reason then hey, you’re in luck.

Click on the links and you’ll be directed to their respective spots on Twitch.

*Unfortunately the earlier panels are not available. We’ll have summaries for the Sword Art Online and Ultra Street Fighter IV OMEGA showcases up separately, although the latter really deserves a video.

As for the Capcom Pro Tour Finals there’s a rebroadcast (as of writing) on the Capcom Fighters channel. If it’s over then you’ll have to subscribe to their channel for access to their older content.

That’s quite a lot of content to watch so if you’re pressed for time try the producer panels for Freedom Wars and Bloodborne as well as the local indie panel ‘Joining the Games Industry in Singapore’.

The Guilty Gear and Naruto Storm Revolution matches are good bonus material for the fighting fans out there, with everything else being supplementary content. That said, ‘Crank Up Your Game’ is a videogame music mash-up, so see how many themes you recognize without looking at the video!