First look at Lara Croft from the 2018 Tomb Raider movie 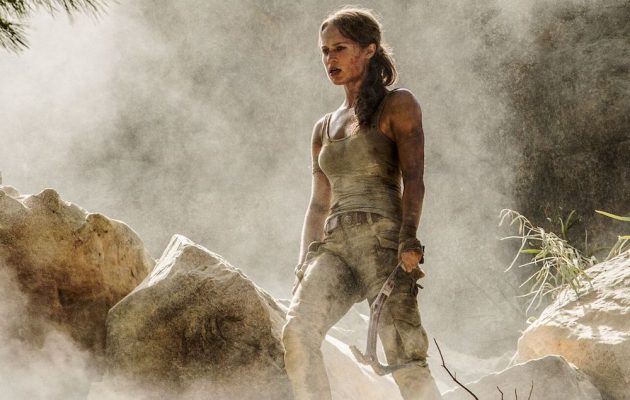 The Tomb Raider reboot has done wonders for the series as a video game but how will it fare as a movie? Simply titled ‘Tomb Raider’, the new film is directed by Roar Uthaug (The Wave, Escape) and stars Alicia Vikander (Ex Machina, The Man from UNCLE) as our hardy heroine. They recently released the first set of official photos which, if nothing else, looks aesthetically promising.

The lead image was released by NME. An interview article by GQ revealed a further two:

Uthaug points out in the interview that Tomb Raider will be unlike other video game adaptations, in that their approach is more realistic and grounded.

“We drew a lot of inspiration and reference from the game and the entire Tomb Raider canon to develop our world, and I believe fans will recognize that. At the same time, this is a completely different theatrical approach to Lara Croft that will offer something new in the origin and development of the character. It’s a story that not only highlights her incredible physical accomplishments but delves deeper into her humanity.”

Vikander will co-star alongside Walton Goggins (The Hateful Eight, Django Unchained) who plays the film’s antagonist.

The official synopsis reads as follows:

“Lara Croft is the fiercely independent daughter of an eccentric adventurer who vanished when she was scarcely a teen. Now a young woman of 21 without any real focus or purpose, Lara navigates the chaotic streets of trendy East London as a bike courier, barely making the rent, and takes college courses, rarely making it to class. Determined to forge her own path, she refuses to take the reins of her father’s global empire just as staunchly as she rejects the idea that he’s truly gone.”

“Advised to face the facts and move forward after seven years without him, even Lara can’t understand what drives her to finally solve the puzzle of his mysterious death. Going explicitly against his final wishes, she leaves everything she knows behind in search of her dad’s last-known destination: a fabled tomb on a mythical island that might be somewhere off the coast of Japan. But her mission will not be an easy one; just reaching the island will be extremely treacherous. Suddenly, the stakes couldn’t be higher for Lara, who – against the odds and armed with only her sharp mind, blind faith and inherently stubborn spirit – must learn to push herself beyond her limits as she journeys into the unknown. If she survives this perilous adventure, it could be the making of her, earning her the name tomb raider.”

The fact that it’s an origin story does make for an easier adaptation, considering we get all the necessary background information, character motives, and development to form a serviceable script. While there’s little doubt as to Vikander’s acting ability – she did a wonderful job as the A.I. ‘Ava’ in Ex Machina – it’s still hard to not feel apprehensive about the whole situation. We’ve all been burned too many times.

Perhaps they’ll show how Lara learned to MacGyver her way through the island, considering all the amazing crafting we did in the games.

Ade thinks there's nothing quite like a good game and a snug headcrab. He grew up with HIDEO KOJIMA's Metal Gear Solid, lives for RPGs, and is waiting for light guns to make their comeback.
Previous post Team Flash dominates TLC 2017 with 5–0 record
Next post Torment: Tides of Numenera (PS4) Review