Final round of voting for Mod of the Year 2015 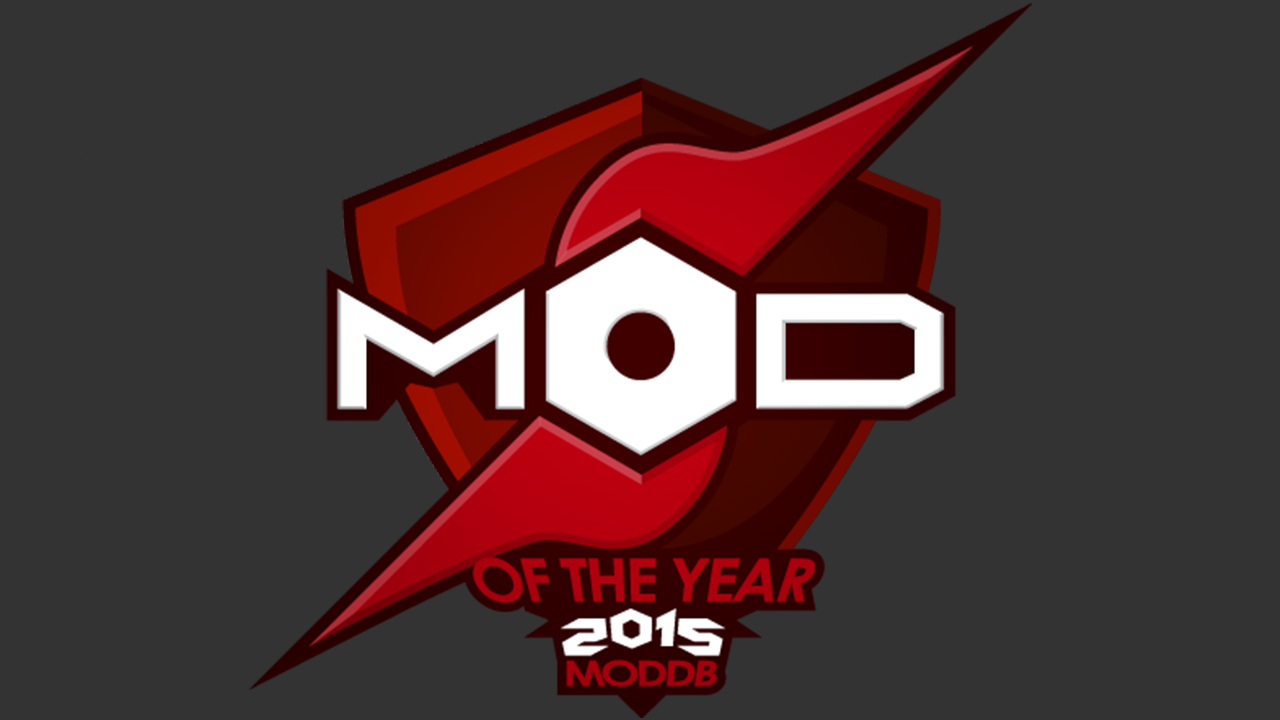 Mod DB are once again holding their Annual Mod of the Year Awards and the Player’s Choice category is now down to its final round of voting, with 100 nominees jostling for the top. What’s more, hundreds of voters stand a chance to win a mod-friendly game simply by participating.

Anyone who’s followed previous awards will notice plenty that is different this time around; what used to be purely an internal event has turned into a community-wide effort with sponsors on-board. The site says that after the paid modding saga — in which Steam and Bethesda attempted, and failed, to introduce paid mods for The Elder Scrolls V: Skyrim — they’ve come to realize that millions out there love mods just as much as they do.

Mods are such an important part of PC Gaming – but it occurred to us that until the community found its voice a few weeks back, we mostly took all the hard work and effort mod teams put in (while asking for nothing in return) for granted.

We felt it was time to change that by raising awareness for our favorite mods, so developers know their effort is enjoyed and appreciated by many. It’s the least we can do, and with more games supporting modding today than ever before we need to encourage game developers to continue working on keeping their platforms open and mod friendly.

While 100 nominees certainly sounds a lot, each person is allowed to vote for more than one mod.

At the time of writing, the scoreboard lists Command & Conquer Generals: Zero Hour, Half-Life 2, Mount & Blade: Warband, S.T.A.L.K.E.R.: Call of Pripyat, Sins of a Solar Empire: Rebellion, and Star Wars: Empire at War: Forces of Corruption as the most popular mod-friendly games. It just so happens that they are all excellent games in their own right, too.

Voting for Mod of the Year remains open until December 21, 8am SGT. Be sure to read up on the rules to qualify for those games, as they’re quite specific.

The paid modding saga, as Mod DB puts it, raised plenty of vicious discussion at the height of its controversy, prompting Valve CEO Gabe Newell himself to come onto Reddit and touch base with the community. The concern most had was with the implementation, as Valve was set to take 75% of profits yet did not have enough protective measures in place, be it against faulty mods, price gouging, or asset theft. Others delved into debates on whether mod authors should even be paid for fan work.

Ade thinks there's nothing quite like a good game and a snug headcrab. He grew up with HIDEO KOJIMA's Metal Gear Solid, lives for RPGs, and is waiting for light guns to make their comeback.
Previous post Lead an organization in GTA Online's free update next week
Next post System Shock 3 officially announced, may feature VR