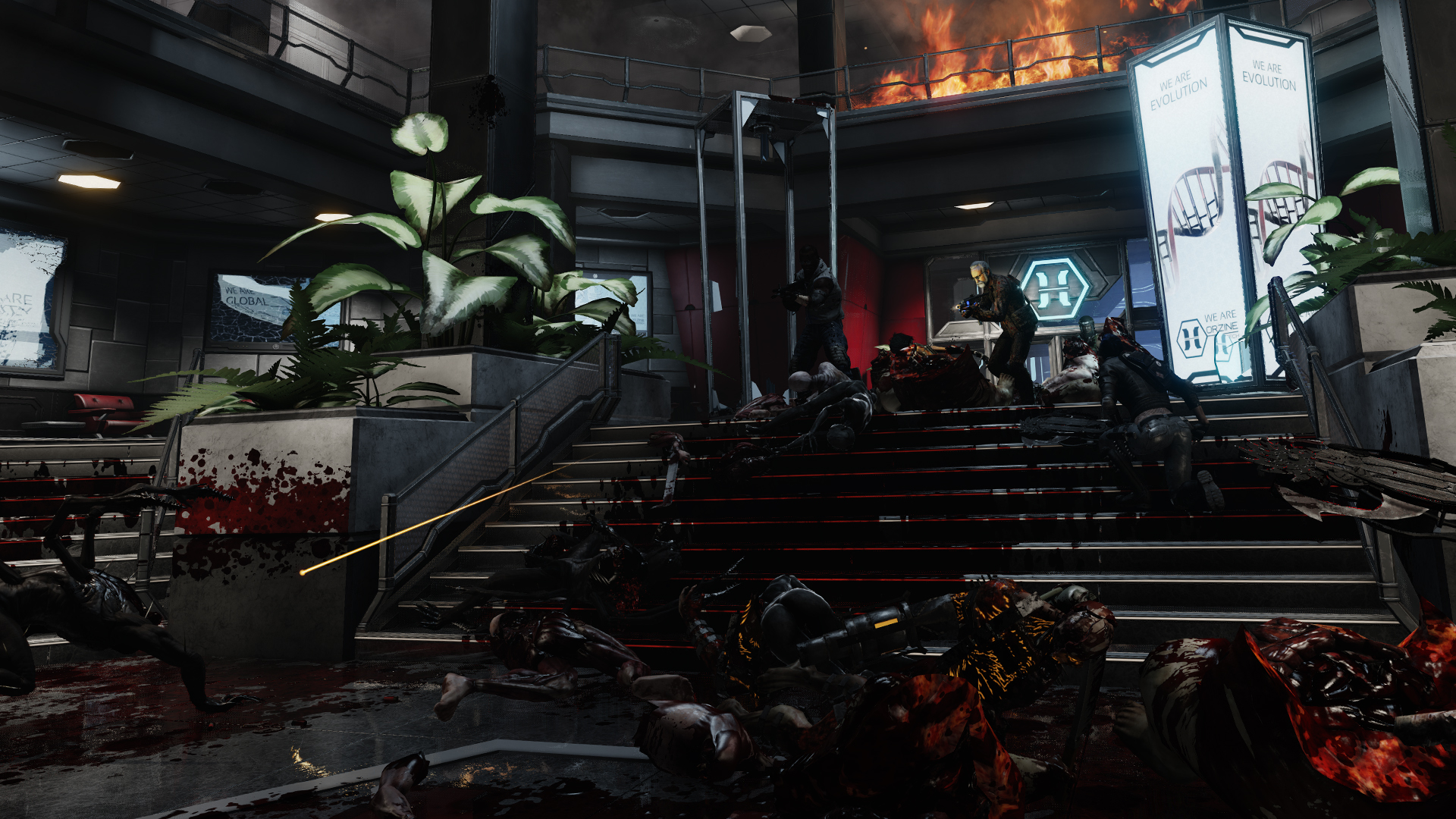 Nothing beats getting together with friends for a few rounds of co-op gaming action, particularly when it involves pointing an assortment of guns at waves of monsters. Tripwire Interactive’s Killing Floor 2 promises to up the ante with its emphasis on gratuitous gore, and players will get to experience that first-hand when the game hits Steam Early Access later this month.

PC Gamer reports that, at present, there are four perks, three maps, and roughly eleven monsters available. The four perks (a.k.a. classes) are Berserker, Commando, Support, and Field Medic, each of them unlocking a new skill every five levels up to level 25. There are more perks planned, though we don’t know whether they’ll be released individually over time or all at once when the game hits retail.

Killing Floor 2 runs on a heavily modified version of Unreal Engine 3, partly to ensure that the game scales well with lower-end computers. Given the success of the first game, which originally started out as an Unreal Tournament 2004 mod, Tripwire now had the luxury of using motion capture for its creature and weapon animations. Their other pride and joy lies with what they call the M.E.A.T. (Massive Evisceration And Trauma) system, to better distribute blood and innards across the map.

I should also mention that Killing Floor 2 has one other appealing factor: it supports up to six players, making it a great choice for larger gaming sessions.

There’s no price on the Steam page yet. PC Gamer lists it as US$30 so we should expect a roughly similar figure in SGD. Killing Floor 2 will also release for PlayStation 4 upon completion.

Ade thinks there's nothing quite like a good game and a snug headcrab. He grew up with HIDEO KOJIMA's Metal Gear Solid, lives for RPGs, and is waiting for light guns to make their comeback.
Previous post Touhou Project Gets English Release Soon
Next post Square Enix’s Project CKP Leaked: It’s Deus Ex Mankind Divided [Updated]