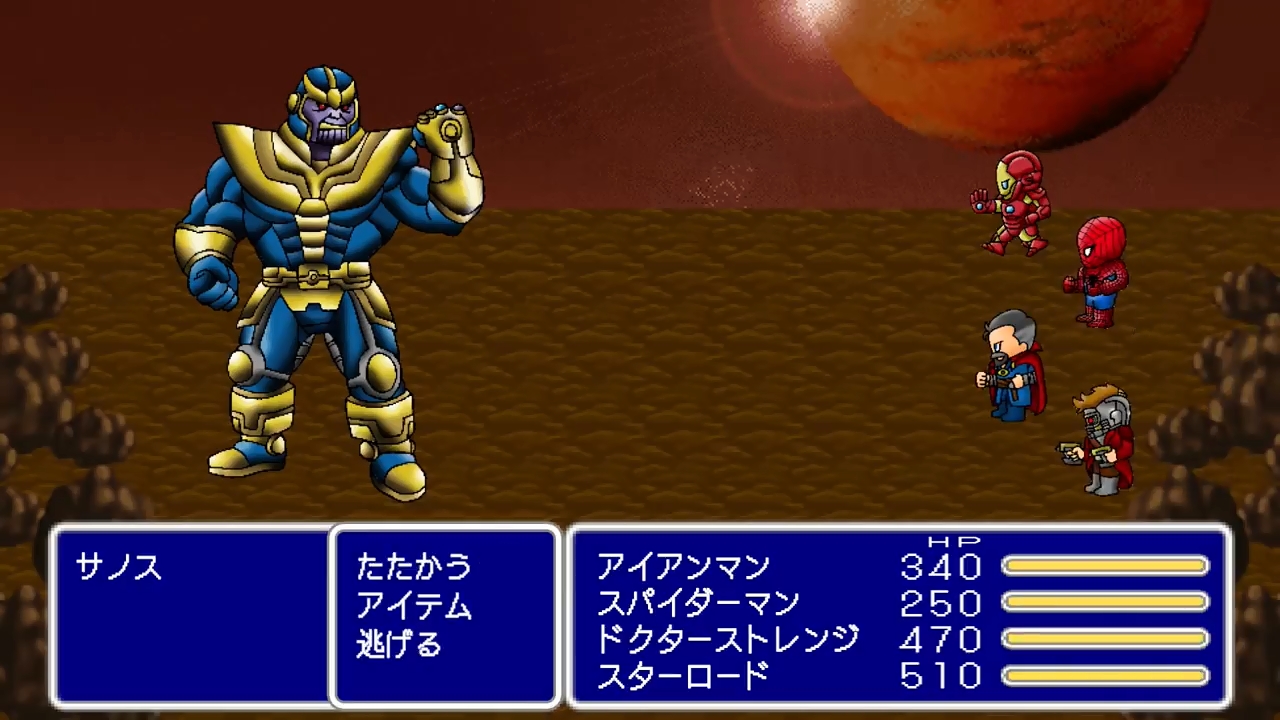 Managing to stay away from Avengers: Infinity War spoilers so far? Don’t worry, we’re not here to tell you what happens. Rather, here’s a fun trailer that Disney Studios Japan did to promote Marvel’s upcoming film. Rather than slapping on subtitles on what their US counterparts already have, they’ve looked inward for inspiration. You’ll probably enjoy this as much as we do.

Thinking about it, the movie’s premise does bear similarities to the 8-bit RPGs of old. A world plunged into crisis as a villain gathers powerful stones to destroy the universe, and a bunch of heroes rising to stop him? Only to then face overwhelming defeat with health points reduced to one? Yeah, we’ve seen this before.

This amazing mash-up doesn’t have a conclusion, however. We’d love to see a part two once Infinity War finishes its theatrical run, but we’re not keeping our hopes up.

Ade thinks there's nothing quite like a good game and a snug headcrab. He grew up with HIDEO KOJIMA's Metal Gear Solid, lives for RPGs, and is waiting for light guns to make their comeback.
Previous post Nier: Automata is 50% off on Steam in celebration of the series’ 8th anniversary
Next post PUBG Southeast Asia Championship announced; SG/MY qualifiers take place May 5 – 27