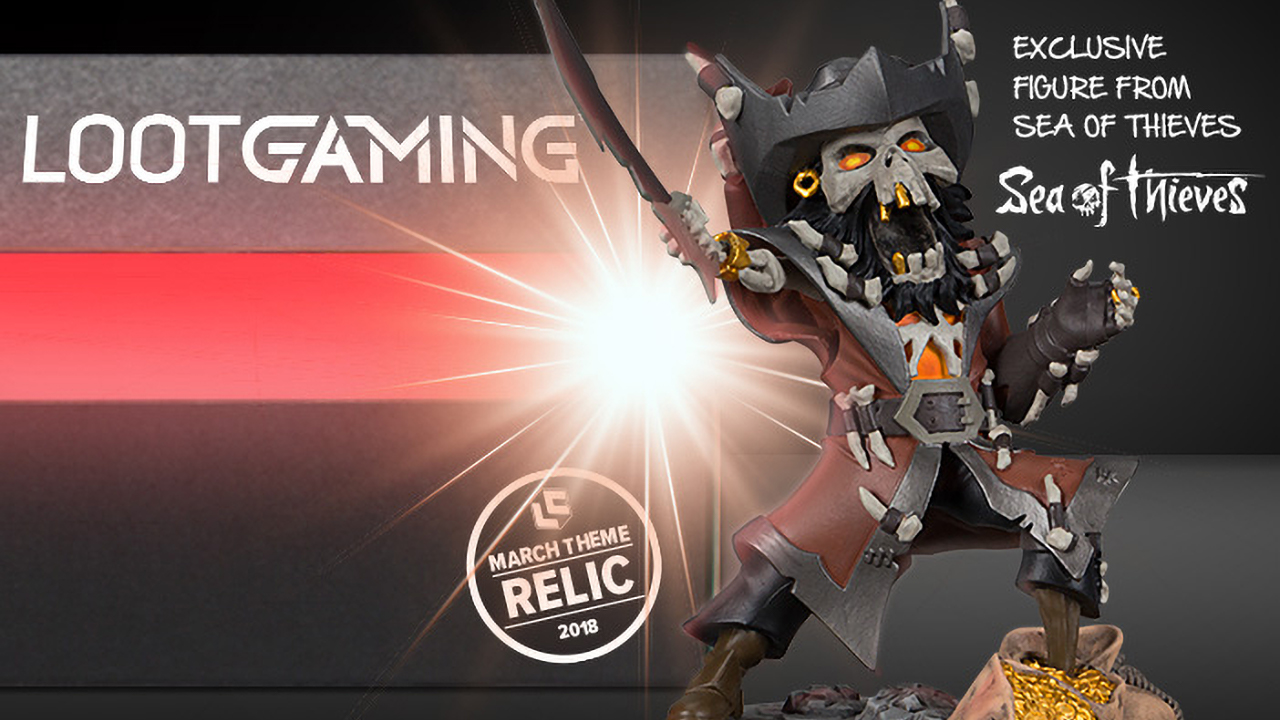 Loot Crate has revealed one of the items for this month’s Loot Gaming Crate. Tucked inside the “Relic” themed treasure box is an exclusive figure of Flameheart, an undead pirate from Rare’s upcoming Sea of Thieves.

“Avast ye, matey! While sailing the ocean blue on the search for loot, you may encounter the dread of the seven seas… Flameheart! This undead scallywag strikes fear into the hearts of even the bravest of buccaneers, so be sure to hide your booty!

Before he was an undead pirate, Flameheart was a humble scholar who is thought to be the author of the Sea of Thieves in-game journal.”

Sea of Thieves is a multiplayer sandbox of sorts coming to Windows 10 and Xbox One. Players step into the pegs and boots of a merry band of pirates, or a solo buccaneer, or whatever it is they’d like to be. Player freedom is one of the game’s defining features, and you can read more about how the game plays here. That adventure sets sail on 20 March, two weeks from now.

Back to the Crate. With Relic as March’s theme, you can probably guess what the other featured games are. Other than Sea of Thieves, we’re looking at items from God of War, World of Warcraft, and The Elder Scrolls V: Skyrim. There will be a total of “4-6 items” in the crate, ranging from apparel to merchandise. As shown here and in previous crates, some of these items can be exclusive to Loot Crate too.

Orders for the March Loot Gaming Crate are now open, priced at S$49 (or your national equivalent) inclusive of shipping.

There’s also a God of War Limited Edition Crate for those looking forward to the Ghost of Sparta’s next chapter.

Ade thinks there's nothing quite like a good game and a snug headcrab. He grew up with HIDEO KOJIMA's Metal Gear Solid, lives for RPGs, and is waiting for light guns to make their comeback.
Previous post Final Fantasy Brave Exvius welcomes Lara Croft and 30M downloads milestone
Next post The PS4 Pro God of War Limited Edition console looks fantastic!