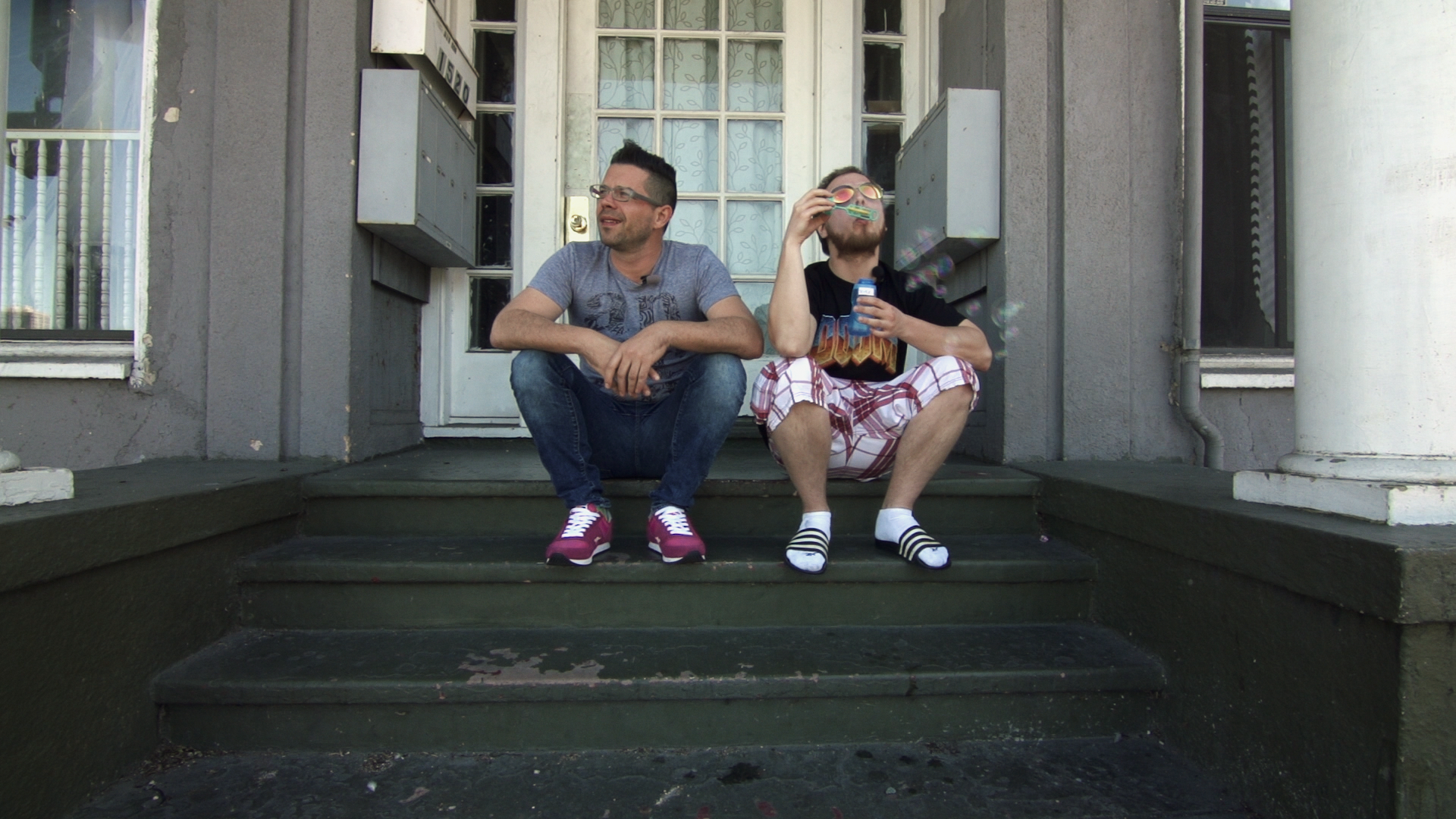 Super Game Jam is the documentary by indie publisher Devolver Digital, the first episode of which debuts in April through Steam.

In each of the 5 episodes, 2 game developers team up for 48 hours to jam a game that fits their given theme. And of course, these developers have never worked together before.

Either there’s some sort of sadistic pleasure in seeing indie developers struggle, or that watching a bunch of guys and girls like us achieve their dreams gives us the feels. Whatever it is, getting a peek behind the veil of game development is always a treat, more so for a stressful event like a game jam.

From April to August, a new episode will release on Steam each month, paired together with the game featured in it. Unfortunately there’s currently no word on a pricing scheme, or if there will even be a season pass for the whole lot.

Yes indeed, there is a sale. We’re in the midst of this year’s Game Developer’s Conference and Devolver Digital – an “evil, oppressive indie game label” – has decided to put a bunch of their games at “uncomfortably low prices.” They have an excellent catalogue, which I cannot stress enough, so go ahead and take a gander yourself.

Already own the games you want? Visit the site anyway for a collection of great quotes from the developers.

Ade thinks there's nothing quite like a good game and a snug headcrab. He grew up with HIDEO KOJIMA's Metal Gear Solid, lives for RPGs, and is waiting for light guns to make their comeback.
Previous post Ghost Recon Online Gets a Release Date and a New Name
Next post Xbox One Arriving in Singapore in September