Call of Duty: Black Ops 4 now has comics you can read online 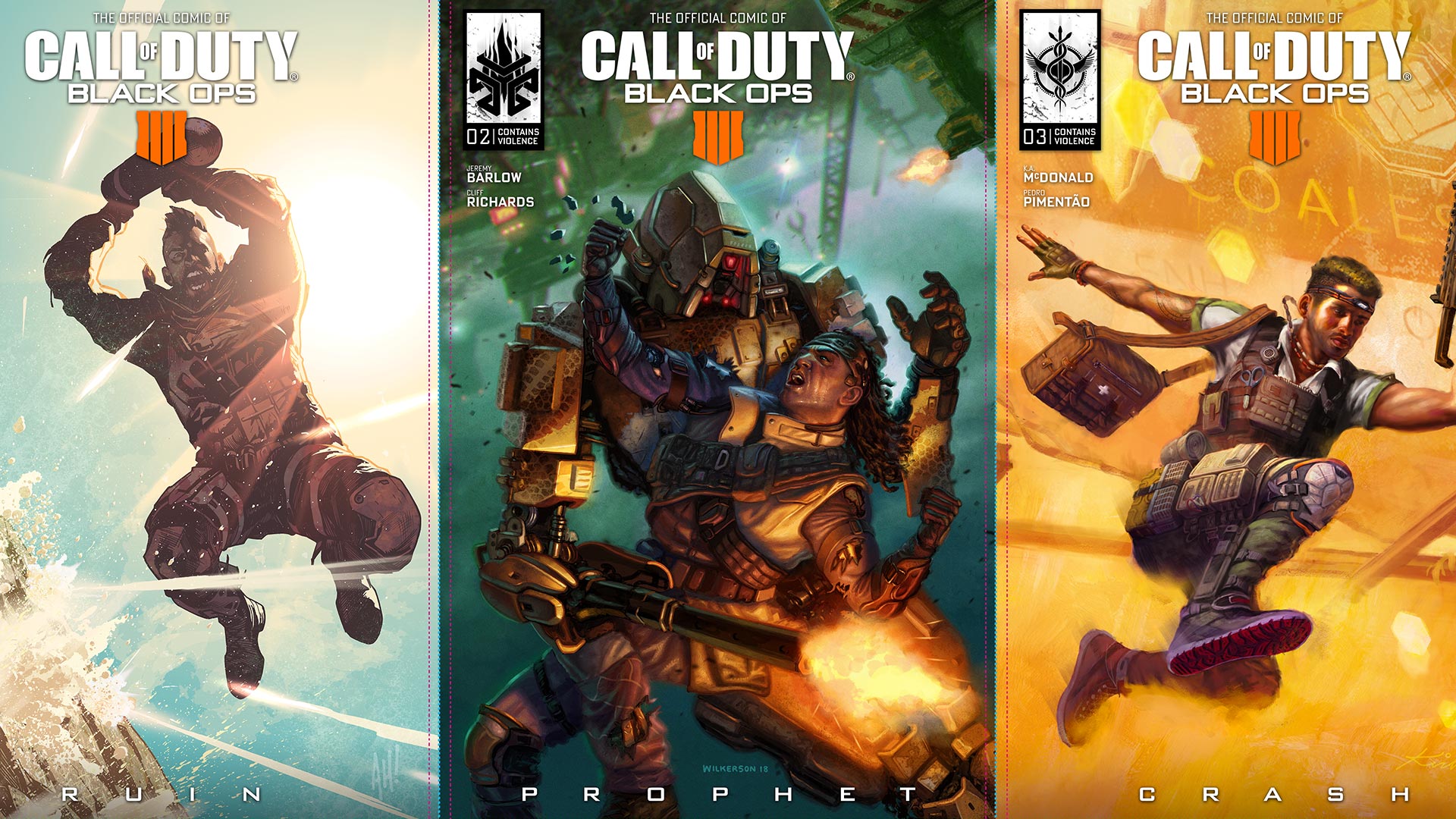 Activision’s Call of Duty: Black Ops 4 sorties in two weeks’ time, so as modern marketing dictates we now have a launch trailer to poke into. More interestingly, we’re getting an official comic series that’s out now, with its first three issues downloadable for free.

The Call of Duty: Black Ops 4 comic is a 10-issue series that dives into each of the game’s specialists, providing character information much like how Blizzard Entertainment’s Overwatch or Valve’s Team Fortress 2 does it. The first three issues feature Ruin, Prophet, and Crash, and can be read online or downloaded as a PDF.

It’s more or less their answer to the complete absence of a single-player campaign, replaced instead by the ‘Blackout’ Battle Royale mode that developer Treyarch managed to put together in an impressively short time.

INTEL: Learn more about the Specialists of #BlackOps4 starting with Ruin, Prophet, and Crash when you download the first 3 issues of a new comic book series featuring the work of @AH_adamhughes, Eric Wilkerson, and @kirbifagan now for FREE at https://t.co/IPooe9teQP. pic.twitter.com/Ri08WObksc

The launch trailer isn’t particularly special, featuring previously seen footage from both Black Ops 4’s Battle Royale and zombie modes. It is, however, a good showcase of just how diverse — in both style and gameplay — that this new Call of Duty can be. Given how the series hasn’t stuck by its gritty, military roots for quite some time, this latest direction shouldn’t come as a surprise.

Call of Duty: Black Ops 4 releases on 12 October for PC (via Battle.Net), PlayStation 4, and Xbox One.

Ade thinks there's nothing quite like a good game and a snug headcrab. He grew up with HIDEO KOJIMA's Metal Gear Solid, lives for RPGs, and is waiting for light guns to make their comeback.
Previous post Get thumping with “intelligent haptics” in Razer’s Nari Ultimate headset
Next post PS4 finally joins the Fortnite cross-play party