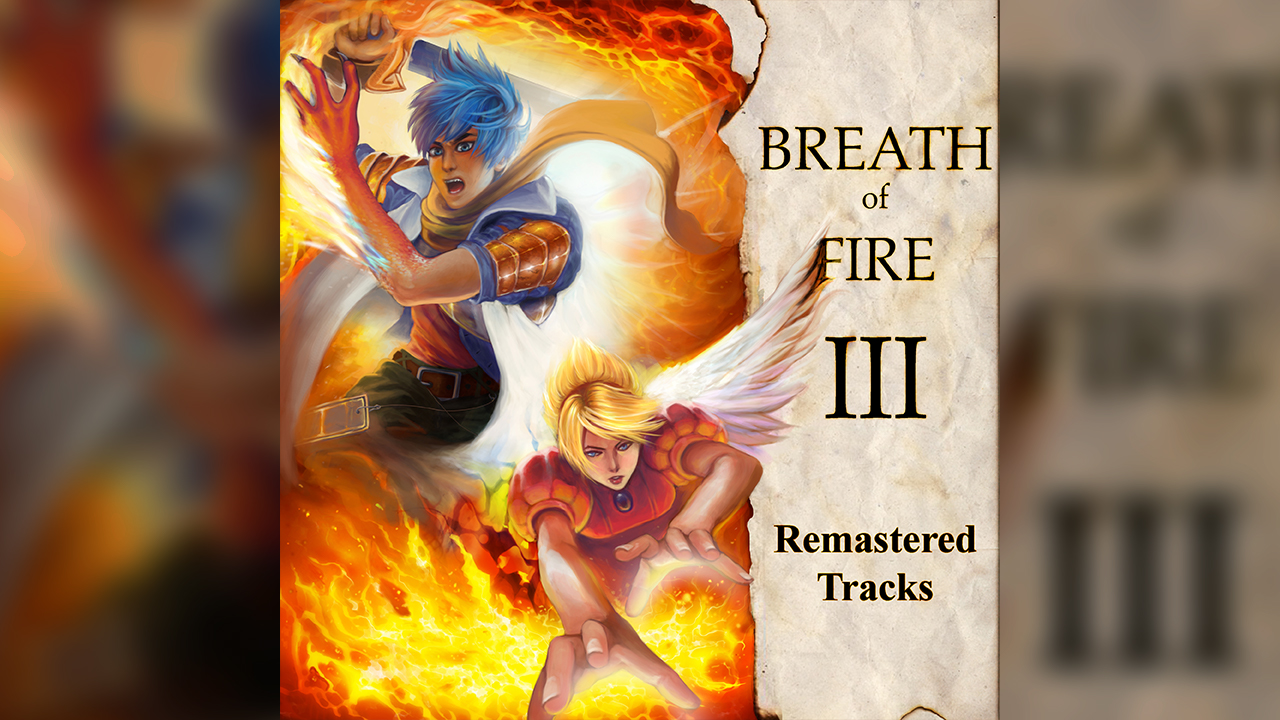 Videogame music publisher Materia Collective have returned with Breath of Fire III (Remastered Tracks), celebrating the 1997 PlayStation-era RPG developed by Capcom. Arranger Sean Schafianski, who has an affinity for jazz, brings live performances and a new ending theme recording for the tribute album, which is out now on Bandcamp, iTunes, and Spotify.

“As with many of my previous remastered albums, I strive to keep the essence of the original tracks while adding a bit of flair,” said Schafianski in a press release.

“For this album, I went a little bit further with creative liberties, but not too far. A flute solo here, change of texture there, and so on. It was an honor and a privilege to work with fellow Materia Collective musicians, and a couple artists I had never worked with before!

“This album holds a very special place in my heart, as it is one of the first PlayStation RPGs that I played as a child, and the jazzy, upbeat soundtrack stuck with me ever since. I hope that listeners will feel the same energy, joy, and nostalgia that I did while revisiting this amazing soundtrack.”

Breath of Fire III introduced 3D environments and a slew of new gameplay mechanics, while also taking the soundtrack down a jazz-inspired route instead of the usual orchestral compositions. The score was done by both Akari Kaida and Yoshino Aoki, both members from Capcom’s sound team. Kaida went on to have credits in titles such as Onimusha 3, Okami, and Mega Man, while Aoki contributed to Steel Battalion as well as Mega Man.

And yes, the album’s great. Breath of Fire III (Remastered Tracks) goes for US$10 (S$14) on Bandcamp if you’d like to own a copy.

Ade thinks there's nothing quite like a good game and a snug headcrab. He grew up with HIDEO KOJIMA's Metal Gear Solid, lives for RPGs, and is waiting for light guns to make their comeback.
Previous post Nioh Complete Edition bound for PC in November
Next post Star Wars: Battlefront II (2005) is back online