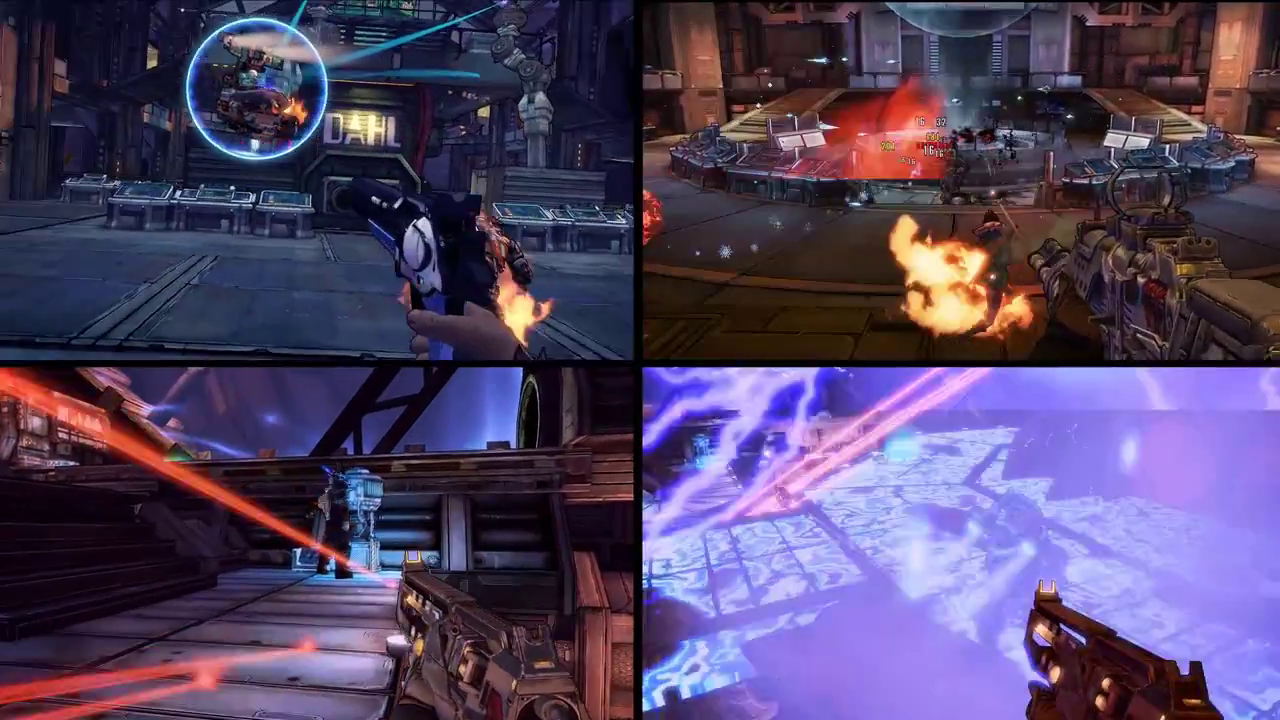 Gearbox Software and 2K have announced Borderlands: The Handsome Collection for Xbox One and PS4, launching internationally on 27 March 2015 for US$59.99 (SG$80). It’s quite the steal for newcomers: The package comes with remastered versions of Borderlands 2 and Borderlands: The Pre-Sequel, along with all downloadable content. And since the series is best played with friends, they’ve added four-player split-screen support too!

Those who own the games on past-gen consoles or the PlayStation Vita are probably going “Now what?” The good news is that you can transfer save files over, as long as it’s within the same console family. The bad news is that no discounts have been announced, so you’ll be forking out full-price like everyone else. At least you’ll be getting a ton of DLC content to go with that graphical upgrade.

While it’s heartening to see Gearbox continuing to support local split-screen, there’s no telling how bumping players up to four will affect the game’s performance. Not to forget that Borderlands gets visually hectic with damage numbers, explosions, and effects everywhere, so divvying up the screen into even smaller spaces might not be a pleasant experience for some. It seems that they have a panel at PAX South later this week though, so hopefully we’ll get some actual gameplay footage then.

The next bit of news is for the die-hard fans: A limited collector’s edition, aptly named the Claptrap-in-a-Box Edition, will also be available for a steep US$399. Only 5,000 units will be available worldwide and it features the iconic chatterbox himself.

The small robot will be remotely controlled using your iOS or Android device with the “ClaptrApp” companion app, allowing you to roll his single-wheeled chassis around the place and spew popular lines. His eye is even an actual camera, streaming live footage to your phone.

It’s a shame that such a great little product will be restricted to an expensive and limited collector’s edition – I’m pretty certain this and the previous weapons chest would make for popular merchandise. In any case, the Claptrap-in-a-Box also includes “12 exclusive Vault Hunter lithographs as well as a collectible steel case.”

Ade thinks there's nothing quite like a good game and a snug headcrab. He grew up with HIDEO KOJIMA's Metal Gear Solid, lives for RPGs, and is waiting for light guns to make their comeback.
Previous post Infestation: Survivor Stories Heading to Southeast Asia
Next post World of Warships: Get Your Beta Weekend Codes!