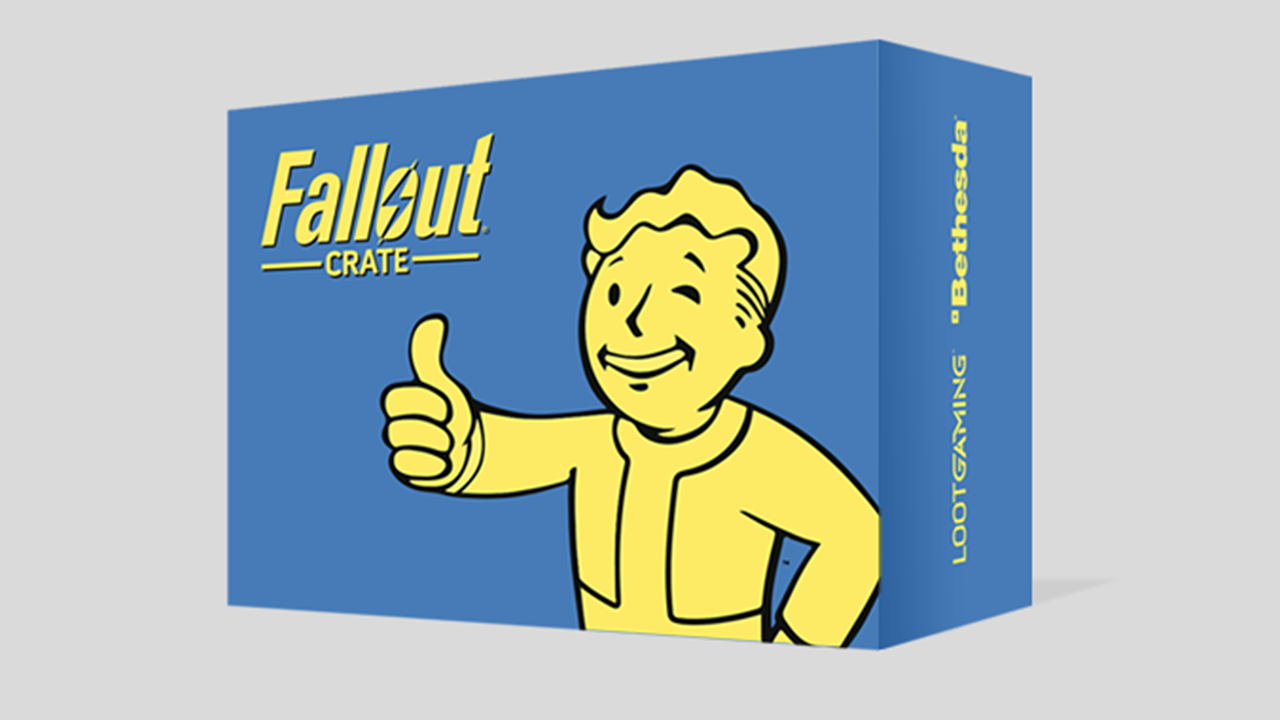 Bethesda Softworks and Loot Crate are teaming up for a special Fallout Crate series. This tie-up sees a total of six bi-monthly releases, beginning with a Vault-Tec themed box scheduled for December 2017. Other than the usual array of goods and apparel, these Fallout Crates will also house licensed gear and exclusive figures based on companions from the series. Additionally, those who sign up for all six crates score bonus goodies such as a separate Power Armor figure and a Nuka Nuke USB hub.

Each Fallout Crate is priced at US$49.99 ($S68) for international customers, containing four to six items that have a total value of US$65. Shipping and handling costs are already included.

Some of the items teased for the coming Vault-Tec release include a hoodie and the figure for Fawkes, the Vault 87 Super Mutant we meet in Fallout 3. Interestingly, these figures will all have interchangeable weapons too.

Pre-ordering a set of three or all six (an annual subscription) lowers the total price by US$3 and US$6 respectively, with the latter accompanied by the limited edition mini-nuke USB hub pictured below. They aren’t any details on the hub itself though we imagine most people are just in it for collectible appeal — pair it with the Pip-Boy from the Fallout 4 retail edition to rack up those Wasteland wanderer points.

As for the Power Armor figure, fans will need to source the parts from all six boxes before being able to build it.

Fallout super-fans can basically expect to receive a year’s worth of themed goodies, as long as they’re comfortable footing the US$287.94 (S$405) bill upfront.

Alternatively, they could use that money to prepare for Fallout 4 VR which releases later this year.

Ade thinks there's nothing quite like a good game and a snug headcrab. He grew up with HIDEO KOJIMA's Metal Gear Solid, lives for RPGs, and is waiting for light guns to make their comeback.
Previous post Dragon Ball FighterZ Closed Beta confirmed for Sept 16 & 17
Next post AMD’s quad-core Ryzen 3 processors are crazily affordable