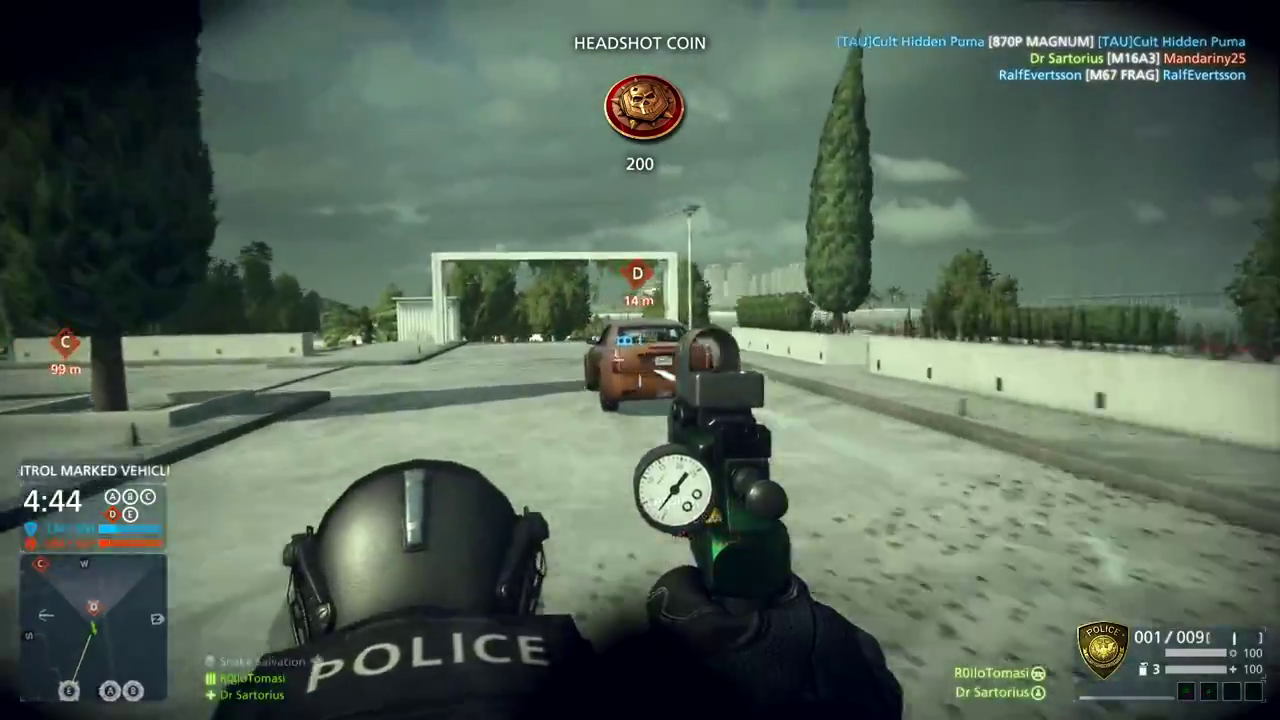 In the mood for some ridiculous cops-versus-robbers shooting action? Visceral Games have announced that the Battlefield Hardline Open Beta will run next week for Windows PC, PlayStation 4, PlayStation 3, Xbox One, and Xbox 360.

The beta will feature three modes spread across different maps: series staple Conquest on the map Dust Bowl; car-chasing Hotwire on Downtown and Dust Bowl; and bank robbing Heist in Bank Job. Players will have access to the “full breadth of multiplayer progression” with no level caps, although progression will not carry over.

For current-gen systems the Battlefield Hardline Open Beta comes as a 10 to 11GB download, with support for 64 players on Conquest mode and 32 players in Hotwire and Heist. For the PlayStation 3 and Xbox 360, those figures are “under 4GB” and “24 players for all modes” respectively.

According to the FAQ, exact times will vary by platform and region so keep an eye on their news page for updates.

Ade thinks there's nothing quite like a good game and a snug headcrab. He grew up with HIDEO KOJIMA's Metal Gear Solid, lives for RPGs, and is waiting for light guns to make their comeback.
Previous post PlayStation Plus for February Includes Transistor and Yakuza 4
Next post Shopping Online: Are You Getting What You Paid For?