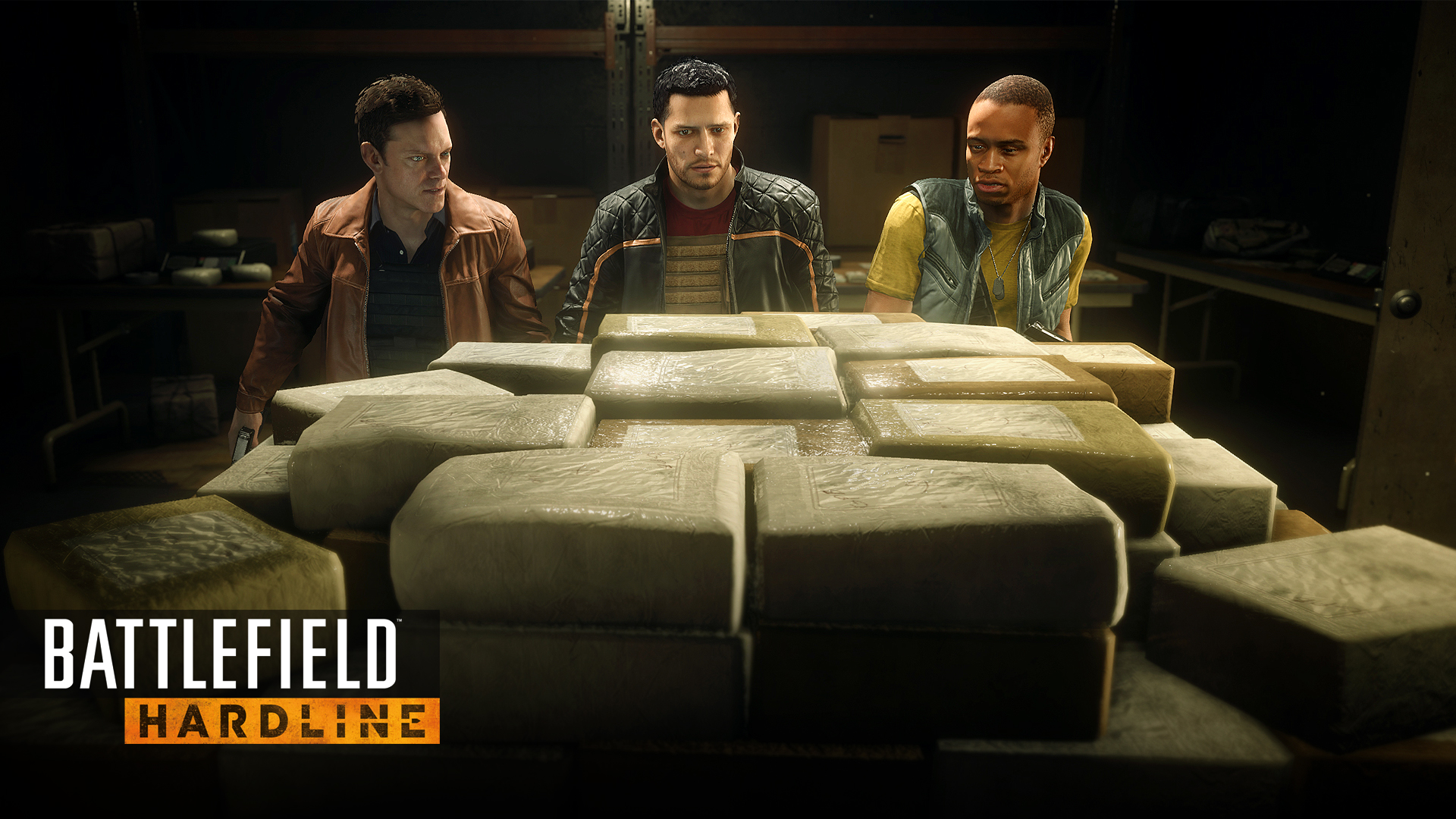 I never could come to grips with Battlefield Hardline’s vision of cops-versus-robbers, with all of its heavy weaponry and TV drama. Nonetheless it’s still worth a shot, and Xbox One owners can now do so without paying full price. Yes indeed, we’re talking about EA’s Access Vault subscription service.

Battlefield Hardline comes with an episodic single-player campaign designed to emulate modern TV crime dramas. It boasts a cast of actors and writers from series such as True Detective, Arrow, and House of Cards in a bloody story about revenge; although, come to think of it, I don’t think most games serve revenge sans blood.

One of the talking points leading up to release was Visceral Games being the studio behind Hardline, not series creator DICE. We know Visceral for their work on Dead Space so seeing them step into new territory was interesting. It wasn’t all from scratch of course, as they utilized the Frostbite 3 engine and built the multiplayer upon past Battlefield games.

In the end, it’s the multiplayer that gave Hardline a mixed reception. Despite its new theme it wasn’t enough of a departure from the military focus of the core Battlefield titles, and by then Battlefield 4 had been updated to the point of being far more entertaining.

Which is why EA Access is the best way to go about trying the game.

For SG$6.45 a month, EA Access members get “unlimited play of every game in The Vault” as well as Play First trials and a flat 10% discount on all digital purchases on Xbox One.

Battlefield Hardline joins games such as Dragon Age: Inquisition, Battlefield 4, FIFA 15, and Need for Speed: Rivals among other sports titles. It’s a very small selection but a good way to try out different stuff at a significantly lower up-front cost.

Play First grants members access to games for a limited time before release too, and all eyes are on Star Wars: Battlefront which opens up on 12 November.

Is the service worth it? Bear in mind that the cost is on top of an Xbox Live membership, so the dollars do add up. That said it’s still cheaper than picking up those games off the shelf or second-hand, so if you know you’ll have some free time for a month or two then jump right on it.

Ade thinks there's nothing quite like a good game and a snug headcrab. He grew up with HIDEO KOJIMA's Metal Gear Solid, lives for RPGs, and is waiting for light guns to make their comeback.
Previous post You Can’t Escape Freedom! Broforce Launches Today
Next post Star Wars Battlefront PS4 Bundle Releases on 17 November