Home / Latest / On The Interwebs / Battle.net app gets groups, gifting, and more in social update

Battle.net app gets groups, gifting, and more in social update 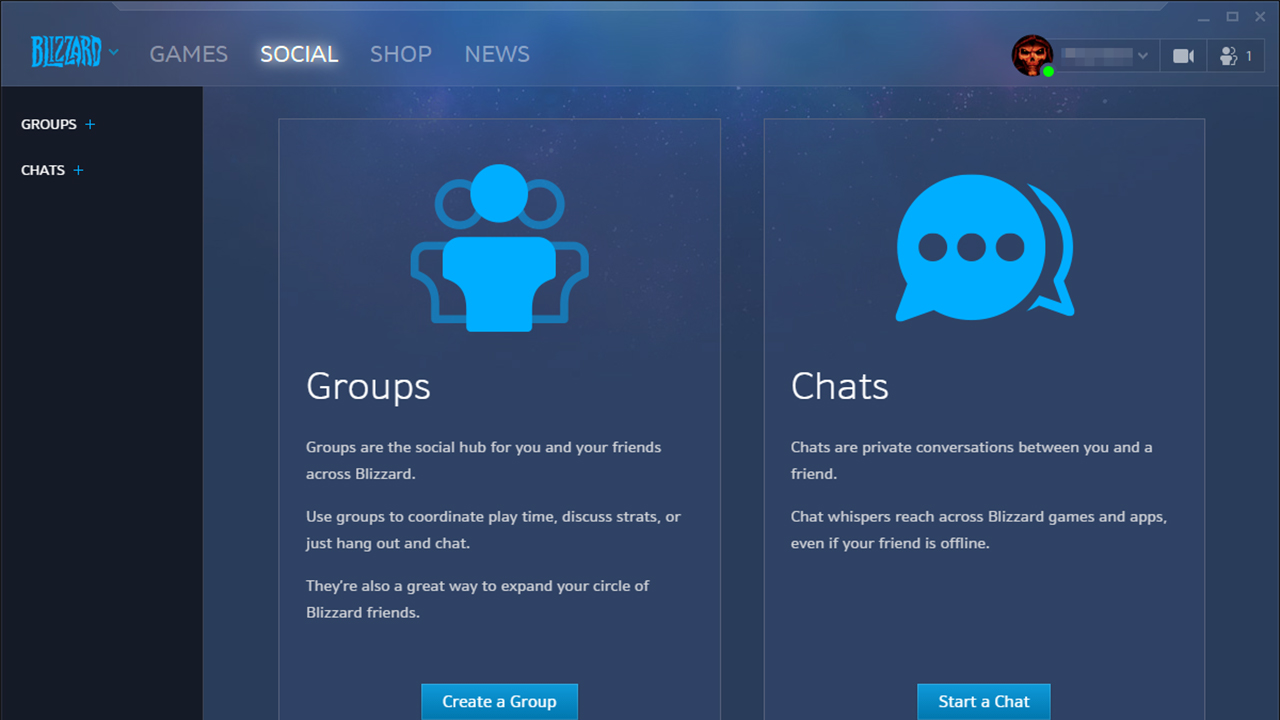 Blizzard’s Battle.net desktop application is no longer a simple games launcher. An update rolled out today introduces a host of social features such as groups, player-to-player gifting, profiles, and even (some) offline functionality.

Blizzard Groups takes cues from the increasingly popular Discord, where friends and strangers come together over shared interests. In the new Social tab, users may create or join different groups – provided they have an invitation code – with each group able to host multiple text and voice chat channels. Text-based chat is also saved so one can easily join or catch up on conversations when they return; chat history extends to regular one-on-one conversations too.

Gifting works with both games and in-game content such as Hearthstone card packs and Overwatch loot boxes. This can be done by heading over to the Shop tab, selecting an eligible item, and then picking the recipient from a drop-down menu during checkout. Processing may take a few hours, however, and there are exceptions – Blizzard Balance and subscriptions, for instance, are out of the question. There’s also a notification icon for any unclaimed gifts you may have in your account.

No social platform is complete without profiles and avatars, of course. Blizzard went with a clean and simple implementation here: profiles (which can be set to private) have an About Me message and links to other social media, as well as a list of recently played games. As for avatars, it pulls from a list of “more than 100 different heroes, villains, and other iconic characters from across Blizzard’s game universes and beyond.”

Lastly, users now have the option to appear offline instead of completely logging out. Matchmaking services and chat will go unaffected, although friends will still see your character logging in if they are playing the same game. That sort of defeats the purpose but keep in mind those in-game friends systems were implemented long before this update arrived.

As always, thoughts and feedback may be directed to Blizzard’s forums.

Ade thinks there's nothing quite like a good game and a snug headcrab. He grew up with HIDEO KOJIMA's Metal Gear Solid, lives for RPGs, and is waiting for light guns to make their comeback.
Previous post Play 13 Original Xbox games on your Xbox One starting tomorrow
Next post Attack on Titan 2 releases in March 2018 for PC and consoles