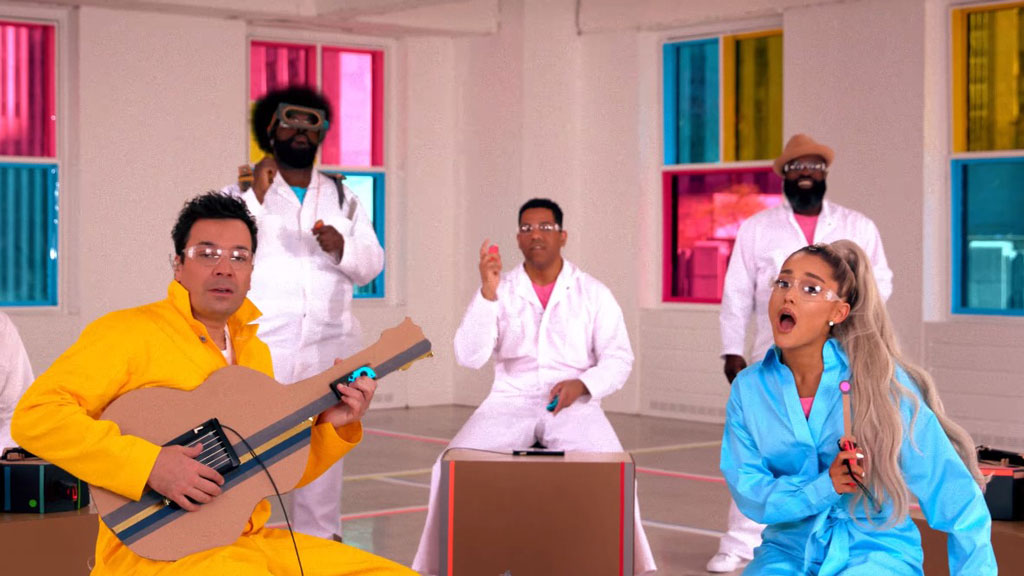 In what may quite possibly be the most impressive showcase of cardboard technology in recent history, Grammy-nominated recording artiste Ariana Grande has teamed up with NBC late-night talk show The Tonight Show‘s Jimmy Fallon and house band The Roots to perform a Nintendo Labo live studio rendition of her hit song No Tears Left to Cry.

And here is the Nintendo Labo live studio recording:

See how the Nintendo Labo live studio magically makes the song better? Well, okay, that’s giving the Nintendo Switch cardboard kits too much credit – obviously Ariana Grande herself, Jimmy Fallon, The Roots band, and the incredibly fun atmosphere they’ve created together are the main reason why this video is such a joy to watch.

You can clearly tell that Grande and Fallon are completely in their element here, no doubt owing to the fact that both personalities are no strangers to gaming collaborations. A “dangerous” version of Ariana was available previously as a limited-time bonus character in the Gumi Asia-published Final Fantasy Brave Exvius.

As for Jimmy Fallon, he’s done numerous gaming-related video segments – including one in which Nintendo USA President Reggie Fils-aime and Shigeru Miyamoto stopped by on The Tonight Show to promote Super Mario Run and the Nintendo Switch.

“I just love them [Nintendo]. They’re so fun and creative, and they’re always thinking of another way to use video games, and a different way to experience gameplay — which they did with the 3DS,” Fallon said in an interview with IGN.

“They just always have fun ideas, and so when Labo came out, I said, ‘we’ve got to do something with that.’ So we did!”

According to Fallon, every person you see in the video constructed their own instrument, with help from Nintendo. 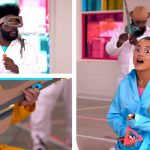 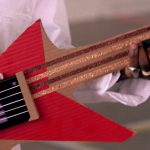 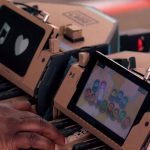 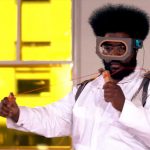 Guitars were made using the Toy-Con Garage kit, attached to the Nintendo Switch with rubber bands strung up on top of it — so that “it actually feels like you’re strumming as your fingers touch the screen,” Fallon said.

Ariana Grande herself made a custom Labo Triangle. Two members of The Roots each made two Toy-Con Pianos, another one simply wielded two Joy–Cons for to make various drumming sounds, and one more used the Nintendo Labo Robot Kit to make an instrument constrolling kick drum and high-hat.

Then there’s the weird fishing one. 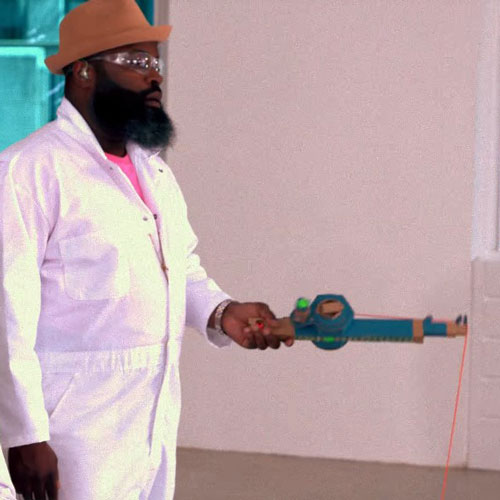 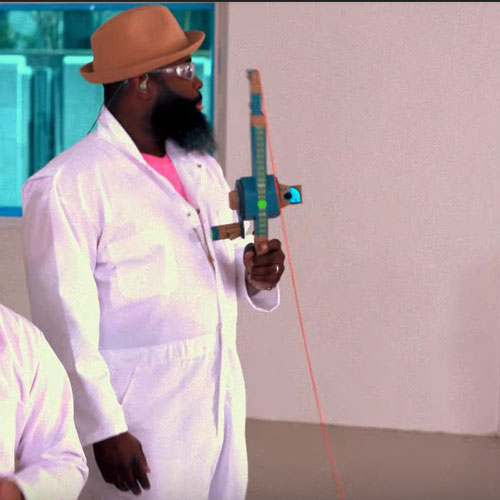 “Tariq [from The Roots] was using the Toy-Con Fishing Rod. Every time he raised it up it would make a funny noise, almost like a theremin,” Fallon explained.

The Tonight Show host added that the whole thing was “a gamble” and that he didn’t think it would sound this good.

Could this be the start of a brand new trend of entire bands performing and making Nintendo Labo live recordings? Maybe sometime down the line Nintendo might even release more music-related cardboard kits to give performers more options.

Only time will tell.