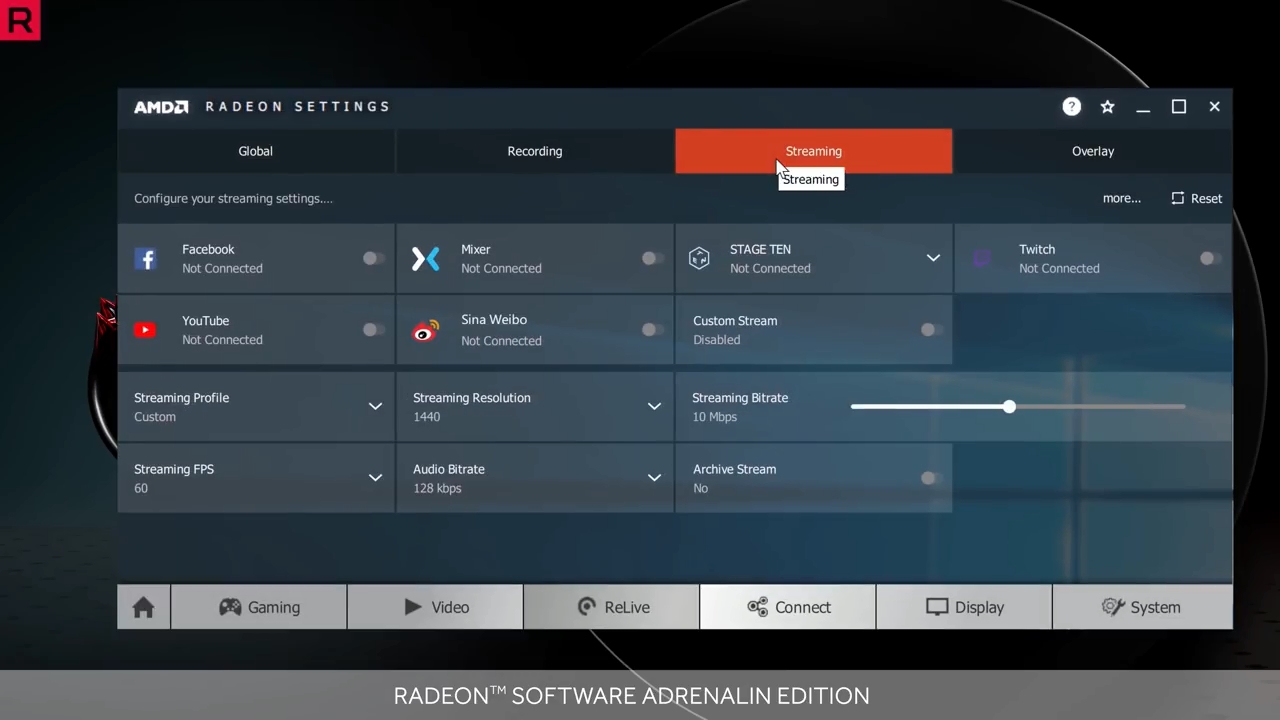 Last month, AMD released their Radeon Software Adrenalin Edition, introducing a new overlay, updated tools, and even a mobile app. One of those updated features is Radeon ReLive, a suite that lets users capture, stream, and share their gaming sessions to friends and the community at large. It’s a development the company believes in given the rise of esports, and to help promote it, they’ve since published a set of how-to videos explaining ReLive’s capabilities.

While Radeon ReLive (the verb, as in “relive the excitement”) has been around for more than a year, it has now received significant updates to turn it into a viable tool for streamers and content creators. These include integrated chat with major streaming platforms — Twitch, YouTube, Facebook, Mixer, and Sina Weibo — separate audio tracks, region capture, chroma key support, and more. It also supports the browser-based broadcasting service Stage Ten.

There are under-the-hood updates as well, such as software optimization or support for AMD Eyefinity and Vulkan.

It isn’t perfect, however, as a quick look through the FAQ will show. Radeon ReLive will not work with detachable graphics, PowerXpress, and hybrid graphics (Switchable Graphics) configurations, neither will it record OpenGL games — it may work if you choose the record desktop option, though it isn’t ideal.

Nonetheless, it’s a strong (and free) option for AMD users, one that should serve as a good complement to existing third-party software such as OBS Studio.

Ade thinks there's nothing quite like a good game and a snug headcrab. He grew up with HIDEO KOJIMA's Metal Gear Solid, lives for RPGs, and is waiting for light guns to make their comeback.
Previous post Blizzard celebrates the Lunar New Year with special items and events across games
Next post God of War used an entire basketball court for a two-minute ad