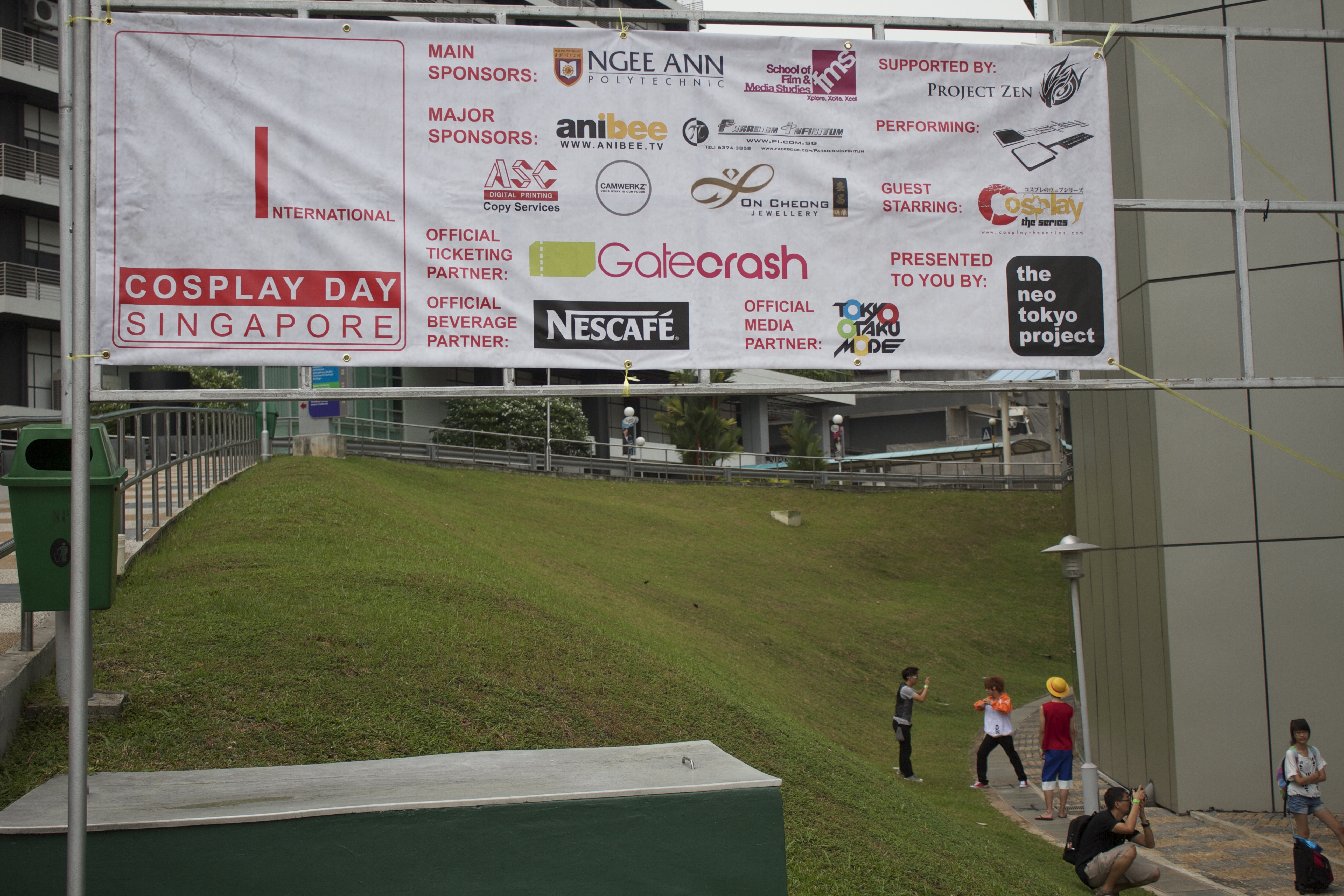 International Cosplay Day Singapore (ICDS) was held over the weekend at the Ngee Ann Polytechnic Convention Centre. Though the small event was confined mostly to the convention hall, its sheltered exterior, and surrounding areas, the atmosphere was still very much like a carnival’s – with a palpable buzz of excitement in the air.

ICDS promised to be a blend of Eastern and Western cosplay, and to promote an American-style convention-going experience. While the latter was thoroughly achieved – we felt it was much homier compared to the bigger, more sterile conventions available locally – the former fell a little short of the mark. Many cosplayers present were dressed to their Eastern nines: there were few Western cosplayers about.

Nonetheless, the mood of the con was buoyant. Apart from showcasing the top names in cosplay, such as Yaya Han and Jerry Polence, and photographer Jay Tablante, it also boasted up to 26 booths featuring local doujinshi makers, handicrafts, indie production houses, and even the Jedi enclave of FightSaber!

The two hour stage performance of Cosplay Chess proved to be the showstopper of the day. Silence settled on the con when the hall darkened and the stage lit up. Convention attendees were treated to an animated chess game between Medivh of the World of Warcraft universe, and of Shakespeare from Fate/stay night. Each character summoned ‘chess pieces’, or fellow cosplayers from their respective genres of Eastern and Western cosplay, and these individuals duked it out in choreographed fight performances. It was truly an epic adventure, and the recorded dialogue’s many puns were met with boisterous approval from the audience.

ICDS 2012 was a dark horse that shattered expectations, and we’ll be looking forward – eagerly – to next year’s.

More photos can be viewed in our gallery here.