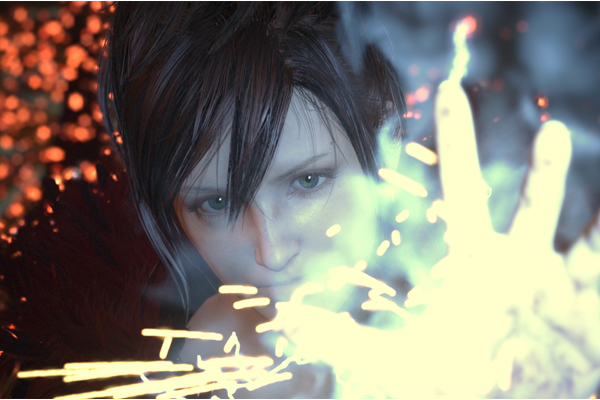 Square Enix has been having it rough lately. With the company’s annual report published, we now know that the gaming titan has bled a staggering US$145 million for the fiscal year of 2013 alone. In a bid to turn the cash flow around, it’s turning to flexible pricing models for its high-definition games development. According to President and Representative Director Yosuke Matsuda, that model is represented by free-to-play.

Matsuda points out that the key contributors to the company’s US$64 million operating loss are the sluggish performance of digital entertainment and slow sales of arcade machines.

For Square Enix, digital entertainment is divided into three categories: HD games, MMO (Massively Multiplayer Online) games and social games. Of the three, the last has been the most profitable for the company, to the point where it’s now considered a key growth area. The one that gave disappointing results, however, were the three major Western releases: Sleeping Dogs, Hitman: Absolution and Tomb Raider.

While considered successful from a games development perspective, Square Enix had to “expend considerable incentive programs offered to retailers such as price protection, back-end rebates, and promotional cooperation costs” in the face of increasing competition and difficult price control, resulting in lower-than-expected profit. With that in mind, they’ve concluded that there was an “intrinsic problem with the HD game business model.”

Matsuda goes on to explain how the traditional disc distribution model works, before mentioning the problems it faces today: declining street prices resulting in slow profits, despite the increase in units shipped. He also points out that the disc model offers no profit opportunities while the game is being developed.

“Consequently, the time has come for us game makers to take more flexible approaches in offering games and to devise various earnings models conforming to customers’ game-playing environments, moving away from the limited outlet of disc-based distribution of games. In this current of change, it is extremely important for the HD games category to enable transition from a disc-based earnings model to a more flexible one. This will define the future way we pursue HD games development.”

For Square Enix, adapting to this new environment as fast as possible will be their priority for the new fiscal year. That includes taking into account the increased number of game platforms now available to consumers, from mobile devices to microconsoles.

The statement ends with another business objective, that of localisation. Noticing the difficulty in achieving a worldwide reputation for new IP, Matsuda states that they’ll be using their global network to fine-tune each product for its targeted region. He also mentions that India, Asia, the Middle East and Latin America hold considerable growth potential, therefor the company will establish businesses in these markets to start generating profit as soon as possible.

It’s a daring change in tactics for one as old as Square Enix, but it’s a plan borne out of necessity given the circumstances. Ultimately we’re gamers and not shareholders, so our largest concern is this: how will this affect development of our many beloved franchises?

A shift to free-to-play always means a change in game design, and from what we’ve seen in the past they’re not always for the best. On top of that, the three games pointed out are essentially single-player experiences.  How will Square Enix attempt to monetise those effectively, without turning it into a DLC-ridden title?

It’s a complex question and, more than likely, one that wouldn’t be answered anytime soon. With the arrival of next-gen consoles lying just around the corner, more studios will feel the pinch of increased development time and budgets for delivering the AAA experience, especially during these early, experimental years.

Ade thinks there's nothing quite like a good game and a snug headcrab. He grew up with HIDEO KOJIMA's Metal Gear Solid, lives for RPGs, and is waiting for light guns to make their comeback.
Previous post Race Over 25 Licensed Cars in 2K Drive
Next post Infinity Blade 3 Out Next Week, Will End the Series