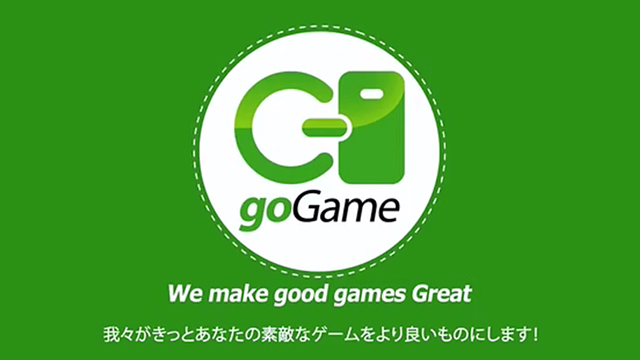 Singapore-based start-up goGame wants to revolutionize mobile games publishing and they’ve just gotten the financial backing of SEGA and Incubate Fund to do so.

It isn’t a simple matter of fortuitous chance. goGame is helmed by David Ng, former CEO of gumi Asia, a Singapore-based studio that has pretty much done it all. They’ve helped bring massive hits such as Brave Frontier and Chain Chronicles to a global audience, worked on their own original titles such as Puzzle Trooper, and have also collaborated with Disney to produce Big Hero 6: Bot Fight.

All that experience puts Ng in a strong position to help guide developers with the whole publishing process, from marketing and analytics to customer management and much more – processes unrelated to the art of game creation yet crucial for success.

“We have developed a system which manages all these processes for the game developers through a self-service model so that they can focus on what they do best – making awesome games,” said David Ng.

That system is called goPlay, a modular Web-based platform where developers can choose the essential services they require through a drag-and-drop selection process. What’s interesting to note is that a basic publishing service is available for free, with additional options priced accordingly. Alternatively, the developer can leave it all in the hands of goGame via a traditional revenue-share arrangement.

goGame plans to target budding game developers in Southeast Asia first before expanding to other Asian regions and, eventually, the rest of the world. With all the buzz surrounding SEA and its booming mobile gaming market, goGame’s launch couldn’t come at a better time.

No exact figures were given for the initial investment, other than it being a multi-million dollar deal. Incubate Fund is Japan’s leading early-stage venture capitalist, while SEGA are handling matters through SEGA Networks, their mobile games division.

Minoru Iwaki, COO of SEGA Networks, commented that Japan’s market was already mature and that it was becoming saturated and increasingly competitive.

“We believe the next phase of growth will come from new and developing markets such as Southeast Asia where the mobile games business is seeing huge growth opportunities. Through our investment in goGame, we can be part of this next growth curve while helping new game makers launch their original creations to the world.”

Find out more about goGame at their official website.

Ade thinks there's nothing quite like a good game and a snug headcrab. He grew up with HIDEO KOJIMA's Metal Gear Solid, lives for RPGs, and is waiting for light guns to make their comeback.
Previous post Winners and announcements from The Game Awards 2015
Next post Community Spotlight: Live interactive show, Mondate