Cat Quest adds PC and PS4 for its coming launch 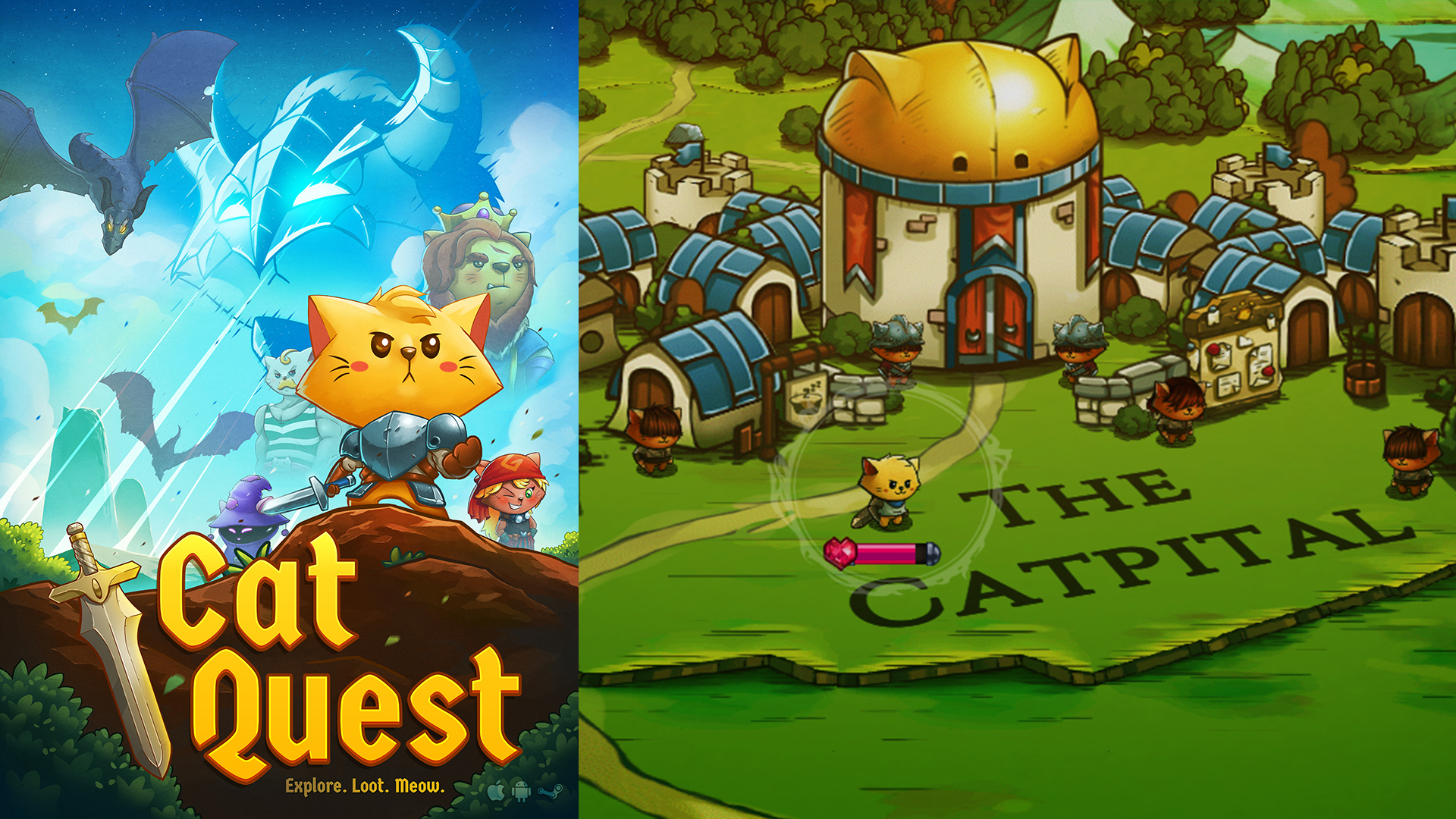 UK publisher PQube is bringing Cat Quest to the PC (Steam) and PlayStation 4 this summer. Developed by Singaporean developer The Gentlebros, the top-down RPG has players embarking on an open-world 2D adventure across Felingard.

“After your sister is kidnapped by a mysterious cat known as Drakoth, you come face-to-face with your destiny as part of a long-lost race of dragon slayers called the Dragonblood. Joined by Spirry, your guardian spirit, you set off on a grand catventure to not only save your sister, but also the world that Drakoth has brought to chaos!”

Cat Quest promises plenty of exploring, looting, and side questing to be done on its classic overworld map — if you’re looking at numbers, there are more than 60 quests and 50 dungeons to complete, with a “whole litter” of armor to find. While the game is a definite nod to the RPGs of yesteryear, combat is decidedly more modern by being completely real-time.

That cave has cat ears. Sold.

As PQube handles matters on PC and PS4, The Gentlebros will be busy working on the iOS and Android builds. Cat Quest is also headed for the Nintendo Switch, so you’ll be getting your hands on this furry critter one way or another.

The indie development team previously made Slashy Hero for mobile and PC.

Ade thinks there's nothing quite like a good game and a snug headcrab. He grew up with HIDEO KOJIMA's Metal Gear Solid, lives for RPGs, and is waiting for light guns to make their comeback.
Previous post All 21 episodes of esports reality show ‘Gamerz’ now available
Next post Warframe developers announce Keystone, Closed Alpha this weekend