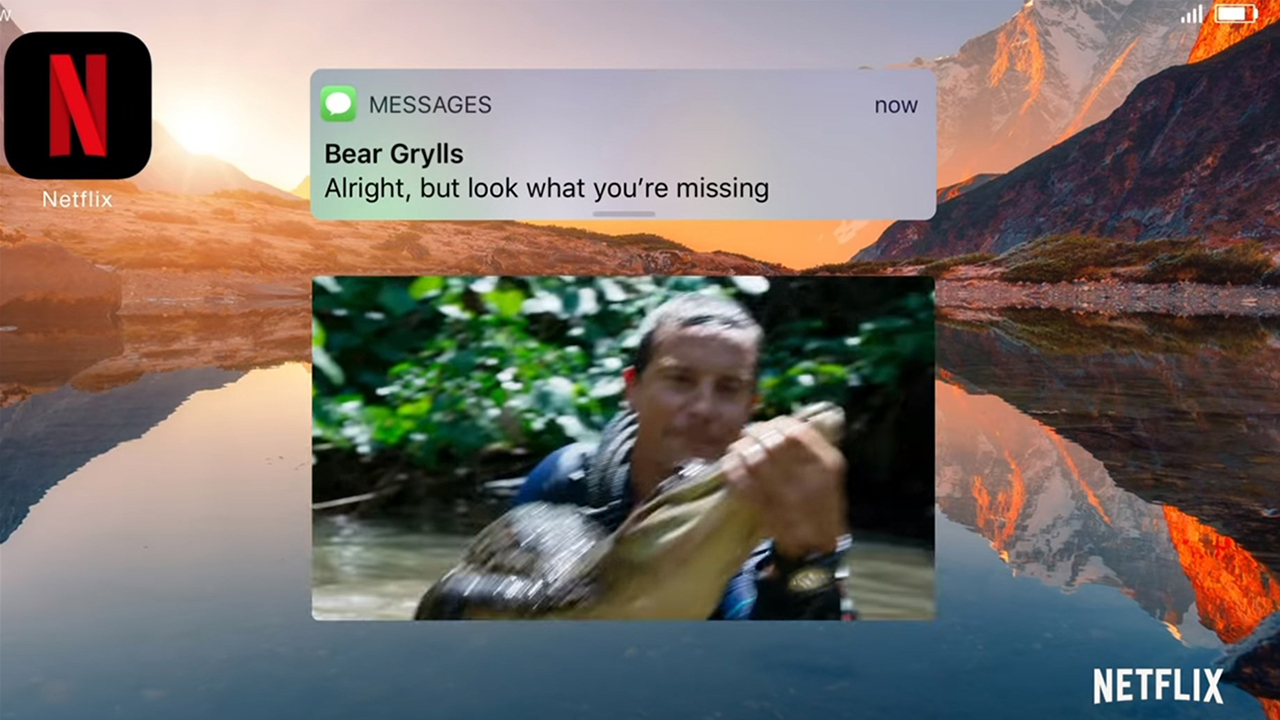 OK, so maybe you’ve survived jumping out of moving jet to gun down rival squads, but can you survive the harsh realities of mother nature? From the creators of Black Mirror: Bandersnatch comes the next choose-your-adventure TV series, You vs. Wild, starring outdoor legend Bear Grylls. (No pee drinking required.)

Viewers will be traveling with Grylls in an eight-episode expedition around the world, guiding the survival expert through snow, desert, jungle, and whatever else passes for outdoor danger. It’s strange how we’re the one dispensing instructions, but branding guidelines probably decree that the Discovery Channel star makes it through all our wrong decisions alive.

What I’m interested to see — other than infographs on how poorly-informed or sadistic we all are — is whether the entire season is one big interconnected journey or eight standalone episodes. It’s probably going to be the latter, although Netflix pursuing the former would mean great lessons for bigger projects in the future. An interactive Altered Carbon series, anyone?

Bandersnatch proved to be quite the media sensation last year. Although the streamer already had Puss in Book, Buddy Thunderstruck, and Minecraft in their catalogue, Bandersnatch and You vs. Wild represent projects with larger budgets and live actors for a wider, adult audience. Nonetheless, Netflix is still testing the waters — Variety quoted original series VP Cindy Holland as saying that interactive content was “still in the evaluation and growing stage” for the company.

You vs. Wild debuts on Apr 10, and you can get a small taste of it here:

Tags: Netflix, you vs. wild

Ade thinks there's nothing quite like a good game and a snug headcrab. He grew up with HIDEO KOJIMA's Metal Gear Solid, lives for RPGs, and is waiting for light guns to make their comeback.
Previous post The gang is back in Netflix’s first trailer for Stranger Things 3
Next post Deal Alert: Predator Helios 300, Acer Nitro 50 and XCOM 2 Free Weekend