Home / Latest / Events / Have a go on Sentosa Adventureland’s Haunted Mine Ride!

Have a go on Sentosa Adventureland’s Haunted Mine Ride! 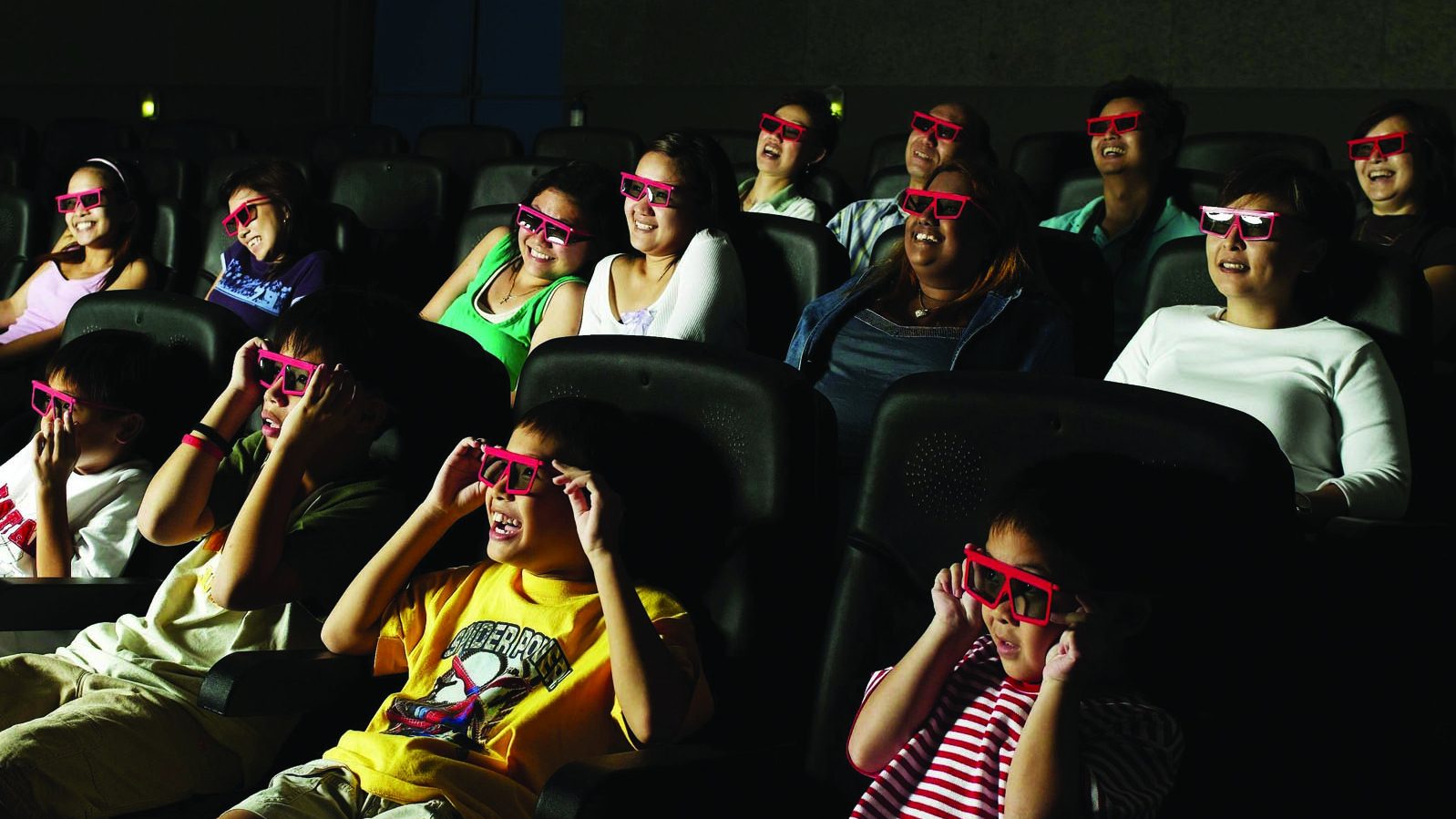 What’s the first thing that comes to mind when someone mentions the word “haunted”?

Probably ghosts, jump-scares and other creepy stuff, right? Well, that’s what we thought too.

Last Thursday, we attended the launch event for Sentosa Adventureland’s latest 4D (four-dimensional) attraction, the Haunted Mine Ride. The newest addition to the family brings the number of 4D attractions to a grand total of four.

The event was graced by the CEO of the Sentosa Development Corporation, Mr. Swee Kuan Quek and the Managing Director of Sentosa 4D Adventureland, Mr. Dato A. Yogesvaran, as well as numerous invited guests and members of the media. To commemorate the launch of the new attraction, all attendees were treated to an unlimited-access pass for all rides! 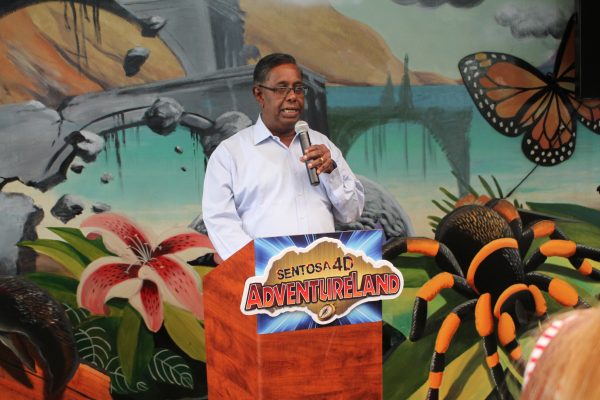 Not wanting to waste any more time, we eagerly hopped into the queue.

Before entering the main chamber, all guests enjoy a fascinating tribal-themed light show in the briefing theatre. This pre-performance of sorts is followed by a rather comedic safety video, after which they’ll be directed into the 4D theatre and seated in six-man cabins. 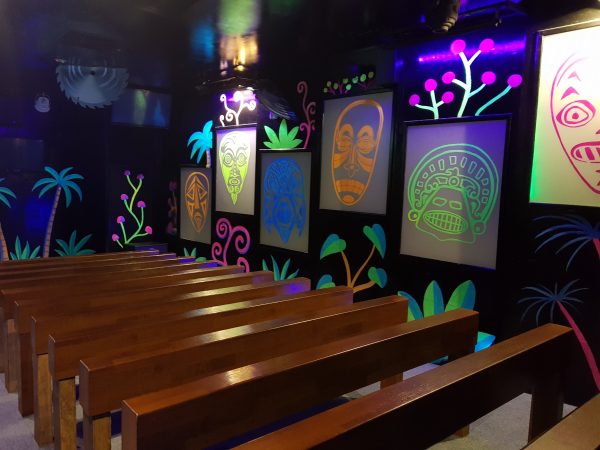 The Haunted Mine Ride, like its name suggests, straps you into a cart at the entrance of an abandoned gold mine. You’re greeted by the spirit of an old prospector, who warns you not to enter the haunted Indian burial site if you value your life. Of course, the ride doesn’t give you much of a choice, making use of several gigantic rocks and unshackled carts to direct you towards it.

Its something straight out of an Indiana Jones movie, and although it was certainly enjoyable, I would have expected a bit more of a thrill or scare factor since the attraction is literally called the Haunted Mine Ride. For example, although the attraction features many near-death twists and turns, the incline of the cabins doesn’t fully reflect the intensity of the situation. That being said, it’s meant to be a family-oriented ride, so young kids might end up bawling if they made it too scary. Fair enough. 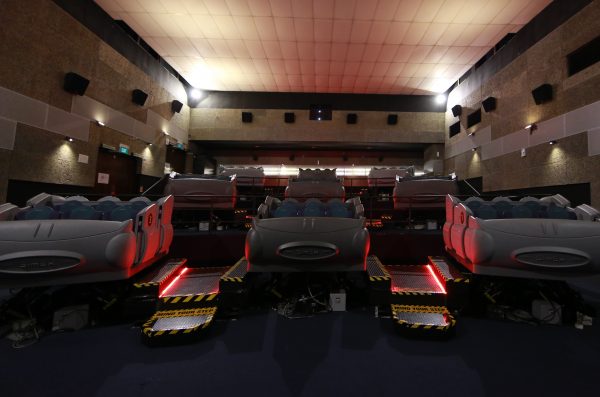 With regards to the actual 4D feel of the attraction, I felt that they could have done more than just blowing air through the flaps behind our calves. There’s also the fact that you can see the people in other cabins too, which kind of takes away the “individuality” of the experience, so to speak. And in all honesty, their immediate next-door competitor, Universal Studios’ Transformers attraction, still feels a lot more in-depth and substantial.

Putting the all-access pass to good use 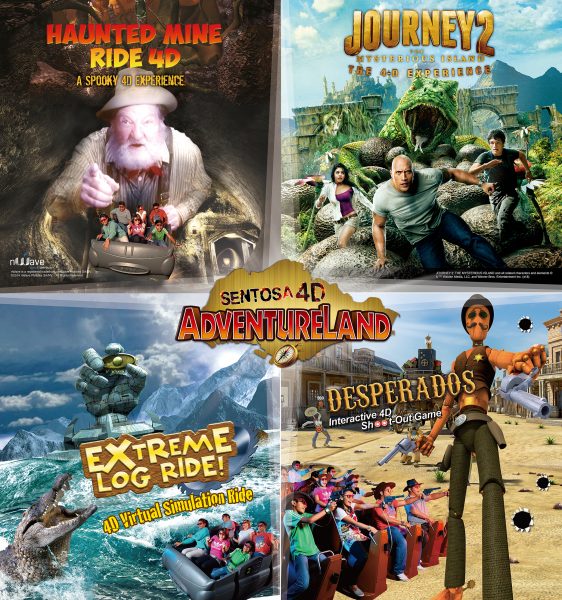 We had a go on two other attractions as well, the Extreme Log Ride and Desperados. Might as well make use of that all-access pass since we have it.

The Extreme Log Ride takes place in a hyper-exaggerated rainforest logging facility. Packed with crocodiles, saws and the usual giant rock cliché, there’s a lot more airtime in this attraction compared to the Haunted Mine Ride, although once again there’s a certain lack of intensity.

The Desperados experience we got was a whole different ball game from how we saw it depicted. It puts you in the shoes of a soldier attempting to shoot his way out of a zombie-infested facility, rather than a Wild West outlaw. Its reminiscent of the Time Crisis games you usually see in a gaming arcade. Shoot baddies, get points and see who achieves the highest score. Except that this time, you’re riding on a saddle alongside twenty-odd people.

Personally, I found the Extreme Log Ride the most fun, although the Haunted Mine Ride did come a very close second. I think it’s because I just prefer free-falling from the tops of valleys rather than underground chasms. The view is better. Jokes aside, the rides were still really entertaining to say the least. 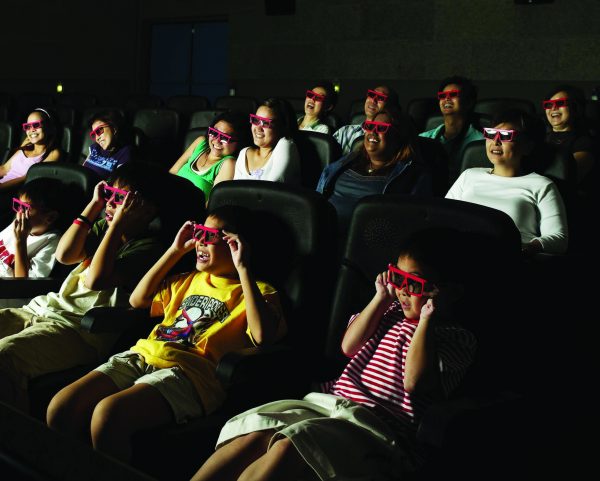 On the whole, we felt that from an adult’s point of view it might not be jump-out-of-your-seat impressive, but considering the rides’ target audience, presumably kids, they still score a decent grade. As mentioned before, it’s a family ride, which means it might have to compromise somewhat on the level of thrill it’s allowed to provide. That being said, it doesn’t mean they can’t still be fun for grown-ups.

Who knows, in the end you might end up enjoying the ride as much as your little ones!

Kenneth is your dedicated jack of all trades gamer and borderline anime nut. When not writing, he likes to wind down with Overwatch, Apex Legends and a bit of Fate: Grand Order on the side.
Previous post Bethesda could be sued for Fallout 76
Next post Cowboy Bebop gets its well-deserved Netflix adaptation