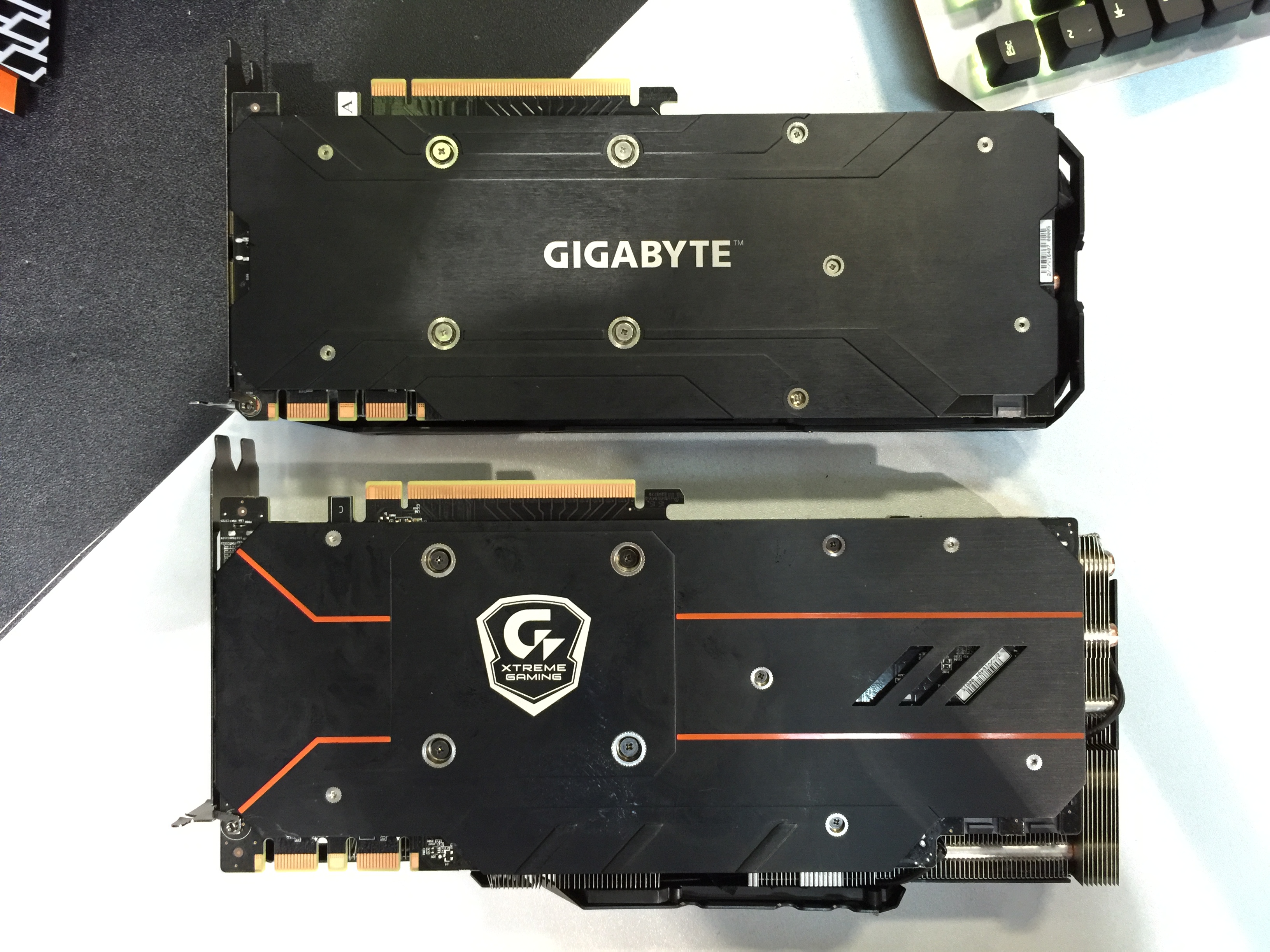 Computex 2016 – Gigabyte showcased their range of GeForce GTX 1080 cards at the Computex Taipei showfloor this week. The standard flavor G1 Gaming 1080 and the higher-clocked Extreme Gaming 1080.

The G1 Gaming 1080 is Gigabyte’s own spin on the NVIDIA GTX 1080 specifications and come with three WindForce fans, which the maker said is a fresh design for the GTX 1080 cooler. Gigabyte only uses GPUs that demonstrate higher than average power efficiency and low power consumption for the G1 Gaming series, although no information was released on the card’s clock speed. We can safely assume that the card will see a reasonable overclocking potential over the Founders Edition.

For maximum overclocking, the Extreme Gaming 1080 is the card hardcore enthusiasts will want to be waiting for. Again, Gigabyte did not make clear on the card’s out of the box clock speed, but it will be the fastest GTX 1080 card in Gigabyte’s arsenal without a doubt.

The Extreme Gaming 1080 cooler system also sports a more unique heatsink-cooler system – with larger 3 larger fans in a stacked design. The card also sports two HDMI connectors at the back to provide easy front access for VR devices (with a compatible casing such as the new Gigabyte Xtreme XC700W case), which I thought was a unique feature that sets it apart from other brands’ GTX 1080 cards.

The G1 Gaming 1080 will be available this week, with the Extreme Gaming 1080 slated for an end-June release.

Aaron Yip is an industry veteran with more than 15 years of experience. When not spending time on his gaming PC and consoles, he can be found in Hyrule solving ungodly puzzles and collecting gems.
Previous post Contest: Warcraft: The Beginning (3D) Preview movie tickets!
Next post Computex 2016 Roundup: Highlights for Gamers