Home / Latest / Games / Get 2,000 V-Bucks and a bunch of cosmetics in the new GeForce Fortnite Bundle

Get 2,000 V-Bucks and a bunch of cosmetics in the new GeForce Fortnite Bundle 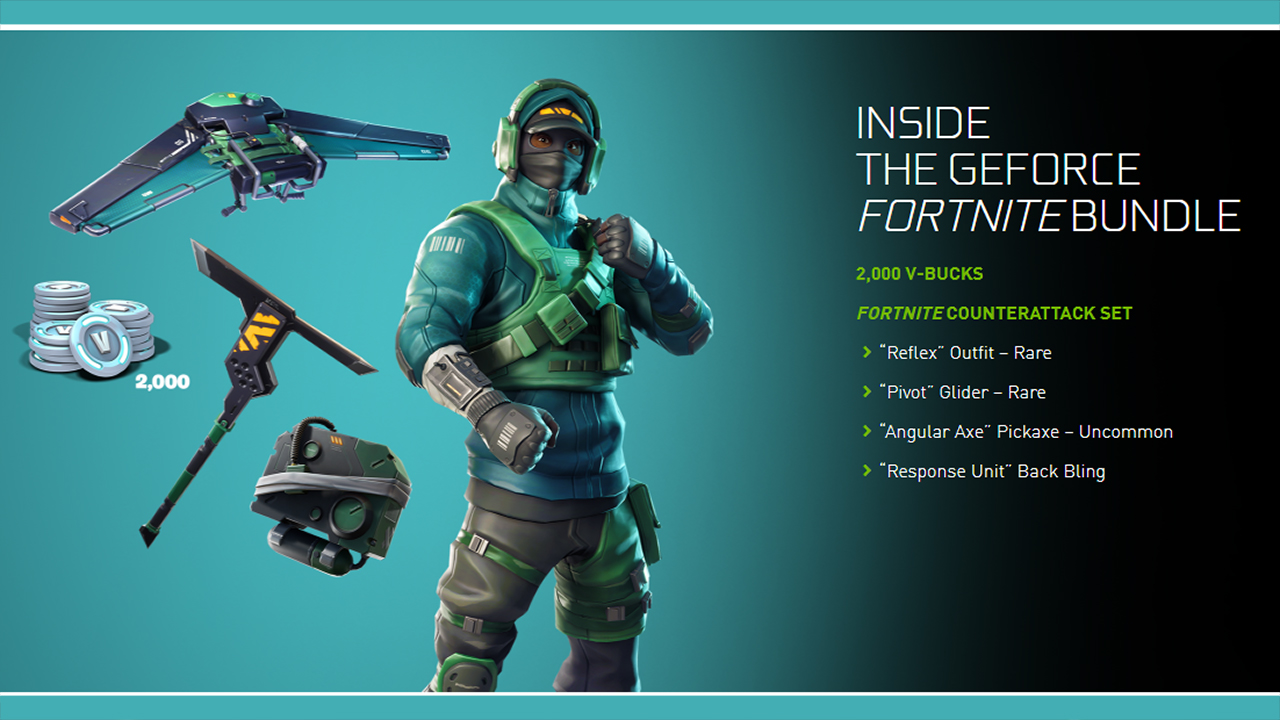 If you want to leap aboard the battle royale train (or maybe find a better looking cabin) then maybe the GeForce Fortnite Bundle is for you.

The qualifying products this time around are the GeForce GTX 1060, GTX 1070, and GTX 1070 Ti graphics cards. Whether you purchase the GPU by itself or as part of a desktop system, you’ll get a key to redeem some in-game Fortnite goods. While stocks last, of course.

V-Bucks, short for Vindertech Bucks, are the in-game currency used for buying items in the PVE ‘Save the World’ mode or for cosmetics and the Battle Pass in the PVP ‘Battle Royale’.

If you’re wondering what to spend all those digital dollars on then we strongly recommend picking up a Battle Pass (950 V-Bucks). Owning one lets lets you earn more items and experience as you progress through a season, and is arguably the more valuable purchase than cosmetics. Besides, you there’s that free Counterattack Set.

That said, we’re currently in the tail end of Season 6 so it’s best to hold off until Season 7 begins, something developer Epic Games has been adamantly quiet about. A winter theme is pretty much a given but what else it brings is anybody’s guess.

Ade thinks there's nothing quite like a good game and a snug headcrab. He grew up with HIDEO KOJIMA's Metal Gear Solid, lives for RPGs, and is waiting for light guns to make their comeback.
Previous post GAX Deal Alert: PS4 Pro, FHD Gaming Monitor, Worms Armageddon and so much more
Next post Does the Xbox One Greaseproof Controller really work?